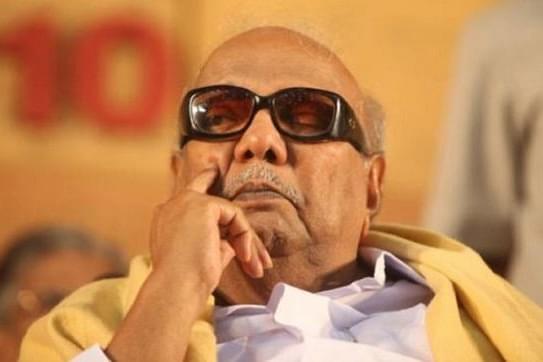 M Karunanidhi to be buried at Marina Beach in Chennai.

One does not know what possessed the Tamil Nadu government to deny M Karunanidhi, one of the state’s tallest political leaders, the permission to be buried next to where the Dravida Munnetra Kazhagam’s (DMK) first chief minister, C N Annadurai, had been interred. Given the highly emotive mental state of the state’s population right now, there was no way even the High Court could have endorsed the state’s argument that only sitting chief ministers get real estate on Marina Beach once they pass away. Past CMs have to make do with other spaces. In Karunanidhi’s case, the state offered a two-acre plot at Gandhi Mandapam, where the Rajaji and Kamaraj memorials exist. The High Court overturned the state’s order, and allowed Karunanidhi to be buried at the Marina.

It is possible to read the state government’s decision as pure churlishness, given the high level of personal animosity between Karunanidhi and the All India Anna Dravida Munnetra Kazhagam’s (AIADMK) own recently departed leader, J Jayalalithaa, but this may be only half the story. Actually, the AIADMK government – which is facing several threats to its survival – could have been in no doubt that it would lose either way: if, the court decided in favour of allowing Karunanidhi to be buried at the Marina, it would have egg on its face; if it backed the government’s stand, the DMK would have generated a huge sympathy wave for itself, and the state would have been seen as villain. The AIADMK would have lost further sheen, assuming it has any at this moment.

In a lose-lose situation, one chooses the less losing position. The state chose the riskier option when the court could hardly have found it easy to decide in its favour. Even though courts have occasionally given verdicts without looking at the possible threats to law and order, this time it was hardly likely that it would reject the DMK demand to bury its leader at the Marina.

That said, some troubling issues have surfaced as a result of the burial site controversy.

First, if one were to assume that the various public interest litigations (PILs) filed against building memorials and burial sites on the Marina were legitimate, it is disconcerting that all these petitions were allowed to be withdrawn – or were dismissed – once it became clear that it would impact a decision on Karunanidhi’s burial site (Some were dismissed a few months earlier). One must ask whether the original petitions were themselves motivated more by politics than by principle. One should also ask whether some of the petitioners chickened out fearing violence at the hands of DMK partisans if they persisted with their PILs. It is worth recalling that the former chief justice of the Madras High Court, Indira Banerjee, who was recently elevated to the Supreme Court, personally was against allowing the Jayalalithaa memorial.

Second, the state government probably erred in making its Marina burial policy arbitrary, but it can be no one’s case that building memorials at the Marina is some kind of birth right for major political leaders. While Annadurai, Karunanidhi, MGR and Jayalalithaa were certainly tall leaders, one can rest assured that over the next half-decade the state will produce more popular leaders. Should the Marina, the world’s second longest beach and a natural wonder, be known more as a burial ground than a beach? Once you make the Marina a status issue, which political party will accept any other memorial site? Clearly, the state must evolve a bipartisan policy on where future burial/cremation sites will be located, and where memorials can be built.

Third, one weird argument the DMK lawyers made in court was that Karunanidhi was ideologically closer to Annadurai, and hence deserved his space at his memorial site rather than at Gandhi Mandapam, where Kamaraj and Rajaji have their memorials. But this is like carrying your ideological affinities and enmities literally to the grave. It would imply that if you are political rivals, you can’t even share the peace that comes with death. This does not bode well for the future of Tamil Nadu politics, which will continue to be driven by personal vendettas and agendas. Another anachronism was a statement by the lawyers for the DMK, who told the media after the court verdict that Karunanidhi’s “soul” would now rest in peace. Have they forgotten that the late DMK boss was an atheist, whose rationalism left no space for a soul?

Fourth, the location of memorials cannot become prestige battles between contending political forces. Unfortunately, this is what the Marina has become. It is time to say that Karunanidhi will be the last political leader to be interred there, and future memorials will not be given permissions, never mind which party the leader belongs to.

The most sensible course for the state government to take is to evolve a bipartisan policy on the building of future memorials to departed leaders, and the terms on which land will be allotted to their followers.