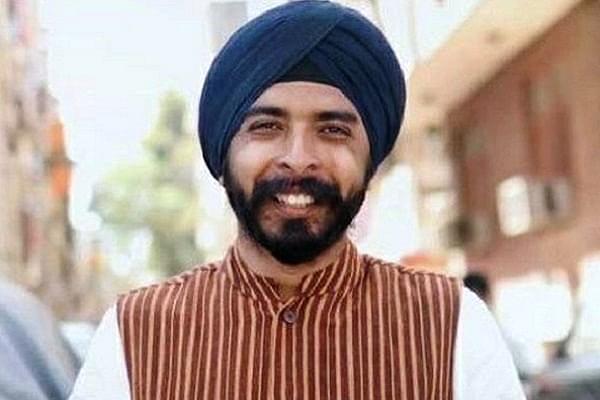 BJP leader Tajinder Pal Singh Bagga's father has said that Arvind Kejriwal is scared of him as he was exposing the Aam Aadmi Party chief's "wrongdoings".

In a reprieve for Tajinder Pal Singh Bagga, the Punjab and Haryana High Court Saturday night directed that no coercive step be taken against the Delhi BJP leader after he sought a stay on the arrest warrant issued by a Mohali court earlier in the day.

Justice Anoop Chitkara took up Bagga's petition in an urgent hearing at his residence just before midnight.

'No coercive steps till May 10,' said Bagga's counsel Chetan Mittal on the high court order.

Notably, on May 10, the high court is to take up Bagga's petition, seeking quashing of the FIR registered against him last month.

"We're happy that Punjab-Haryana HC directed not to take coercive action against Tajinder," Preetpal was quoted by ANI as saying.

"Arvind Kejriwal is scared of him as he's exposing his wrongdoings," he said.

We're happy that Punjab-Haryana HC directed not to take coercive action against Tajinder. Arvind Kejriwal is scared of him as he's exposing his wrongdoings. He also tried to persuade Tajinder to join AAP but he didn't join: Preetpal Singh Bagga, Tajinder Pal Singh Bagga's father pic.twitter.com/aJtr72VNeU

"He also tried to persuade Tajinder to join AAP but he didn't join," Bagga's father claimed.