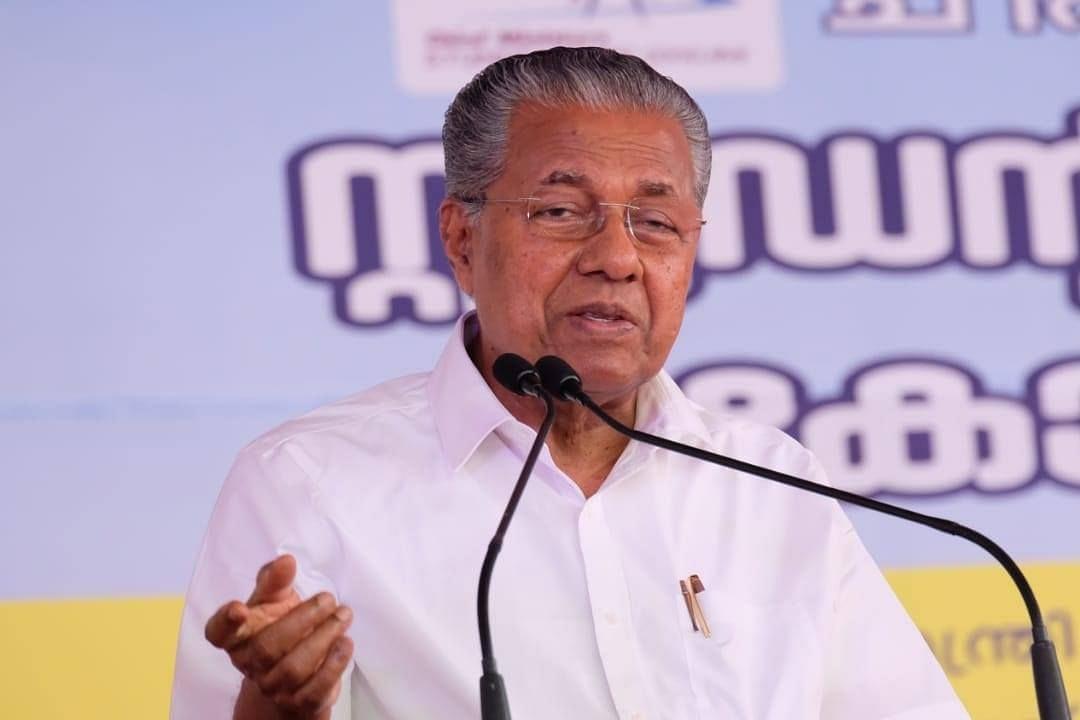 The Left Democratic Front (LDF) government in Kerala led by Chief Minister Pinarayi Vijayan seems to have lost the plot in the State with the surfacing of the gold smuggling case in which the Chief Minister’s office (CMO) has been dragged into.

The Communist Pary of India-Marxist (CPM) led government has been unnerved by the developments that have taken place since last week, particularly with the CMO coming under scrutiny.

The National Investigation Agency (NIA), which is now probing the gold smuggling case, told the special NIA court in Kochi that one of the key accused, Swapna Suresh, had close links with the CMO.

The NIA told the court that Swapna had claimed personal acquaintance with Vijayan in her official capacity as a representative of the United Arab Emirates (UAE) Consulate General.

She has also confessed, in a statement, that she had links with top bureaucrats, top police officers and the CMO.

Another disclosure is that Swapna had reportedly received Rs 1 crore as commission from an agency for the Chief Minister’s pet project “Life Mission” whose objective is to provide the homeless a proper dwelling.

For the CPM-headed LDF government in Kerala, all seemed to be going well until 5 July when Customs officials, on a tip-off, seized 30 kg of gold from diplomatic baggage meant for the UAE Consulate General in Thiruvananthapuram.

The NIA was asked to take over the investigations as the Centre suspected the gold smuggling case could have repercussions on security and the nation’s defence besides having terror links.

Soon after taking over the investigations, the NIA made rapid progress, including arresting the key suspects which the Kerala police could not accomplish for nearly a week.

It now transpires that some resourceful persons in Kerala helped Swapna and her co-conspirators, Sarith Nair and Sandeep Nair, to escape to Bengaluru from where the NIA arrested them.

The NIA has found the terrorist link in the case by arresting a member of radical Islamist organisation Popular Front of India, which was an accused in the 2010 case of a college professor’s wrist being chopped off for setting an examination paper drawing reference to Prophet Muhammad.

Nearly a dozen persons have been arrested in the case and the role of two ministers, including Higher Education Minister K T Jaleel, is under scrutiny.

These developments, in particular the NIA dragging the CMO, has clearly rattled Vijayan and his LDF government.

On 7 and 8 August, the Chief Minister’s reactions at his daily media briefing were clear indicators of his signs of nervousness.

On 7 August, Vijayan lost his cool when the media asked questions on the gold smuggling case. Before ending his interaction abruptly, the Chief Minister alleged that a section of the media had an agenda to remove him.

To a question on the NIA report that Swapna was influential in his office, Vijayan alleged that the media was functioning with an agenda to remove him.

"It's quite clear you come and ask for 'others' who want to see me removed. But let me tell you, that will not happen, as it is the people who have put me here. What is that you want? You wish to point out that the Chief Minister is part of the gold smuggling gang. I will make one thing clear that neither I nor my office has anything to worry in this," Malayalam daily Kerala Kaumudi quoted Vijayan as saying.

He even questioned the media’s ethics and charged that it was functioning with an agenda to paint a wrong picture of him and the CPM.

On Saturday (8 August), when the Chief Minister faced questions on Swapna’s role in “Life Mission” project, initially he said it was a UAE project and he would get the details.

But as the barrage of questions continued, he got irritated and charged that some in the media were taking up the issue for some who were out to wreak his government.

When media persons pointed out that he had enjoyed when they praised him but alleged motives when they probed him, Vijayan said: “That (the praise) is politics and this is a political conspiracy in which media is a part.”

In an apparent reference that the Congress-led United Democratic Front (UDF) was behind the conspiracy, Vijayan asked: “Do you want me to tell the dirty things that happened in that (former chief minister Oommen Chandy’s) office?”

Though the Chief Minister said a section of the media wanted to portray him in that way, the fact is that the people have started comparing the gold smuggling case with the Saritha solar scam case that broke out during Chandy’s term.

Comparisons end with people just saying the CMO has been dragged in both cases. Political observers point out that in the case of the solar scam case, prime accused Saritha S Nair was accused of creating links with the CMO for self-aggrandisement and cheating people.

However, in the case of the gold smuggling case, the security of the nation seems to have allegedly been compromised. Investigations have reportedly come up with findings that those behind the gold smuggling racket had used the money to support the protests against the Citizenship Amendment Act (CAA), 2019.

The CAA 2019 has come up with provisions to fast-track citizenship to oppressed minorities such as Hindus, Sikhs, Christians, Jains, Parsis and Buddhists in Afghanistan, Pakistan and Bangladesh. The protests against CAA were held during December-February by Islamist organisations which sought similar treatment for Muslims in those countries.

The protests led to riots that shook capital Delhi during the visit of US President Donal Trump.

On the other hand, the solar scam does not seem to have run so deep as in the case of the gold smuggling one.

A UAE official was quoted by Malayalam daily Mathrubhumi as saying that it is not the policy of his country to distribute religious texts through its consulates in other countries.

Political observers are of the view that the gold smuggling case has left the LDF government with its back to the wall.

The Vijayan government seemed to have recovered from the drubbing it got in the elections to the Lok Sabha last year when it lost all but one seat.

On 5 July, the Customs Department officials seized the gold and then, everything turned topsy-turvy for Vijayan's government.