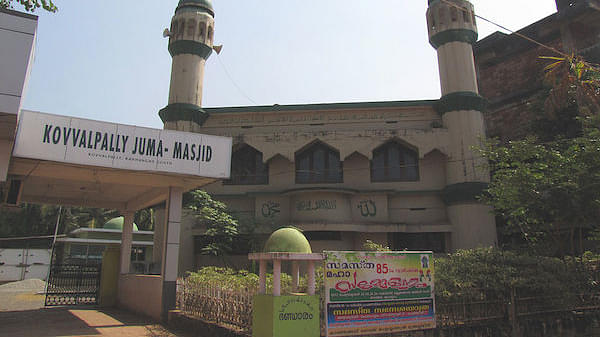 Salafi preacher Shamsudheen Fareed alias Shamsudheen Palath has been charged with hate speech in Kerala where he urged Muslims to stay away from non-Muslims, and declared that Onam and Christmas are haram for Muslims.

The 48-year-old has now been charged following a complaint filed by a lawyer in Kasargod. In his complaint submitted to Kasargod Police Chief Thomson Jose, District President of the Indian Union Muslim League-affliated Kerala Lawyers’ Forum C. Shukkur said that the preacher, under the pretext of religious teaching, was spreading hate and dividing society.

Shukkur, who is also a government pleader and public prosecutor, submitted to the police CDs of Fareed’s two speeches, which had gone viral in social media.

In his speeches, the preacher— in a Salafi mosque at Pallipram, Kannur—called upon Muslims to avoid having interactions or attachments with, and respect to, non-Muslims.

Earlier, he had said that Onam and Christmas are haram for Muslims.

“He calls for Muslims to migrate to places where only Muslims lives, which is actually the ideology of the banned terror outfit ISIS,” Shukkur said.

The preacher’s speeches were suspected to be a deliberate attempt to undermine the prevailing peaceful atmosphere in society, the lawyer said, and added that Fareed was misleading ordinary Muslims.

The District Police Chief has forwarded the complaint to town police, which booked Fareed under Section 153 (A) of the Indian Penal Code for promoting enmity between different groups on the grounds of religion.

“We will be conducting preliminary investigation before forwarding the case to the police station concerned,” Jose said.