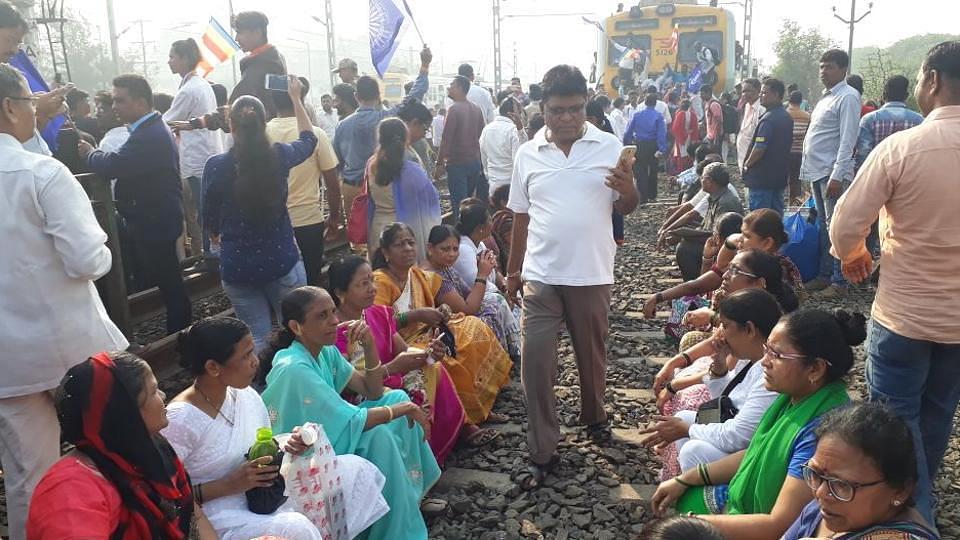 The caste tensions engineered in Maharashtra over a battle that happened 200 years ago between the British and the Peshwas, resulted in one death, the destruction of properties worth crores, and disruption of ordinary life in Pune and parts of Mumbai. It is a testimony to the fact that history is often needed to aid modern-day political mobilisation.

Briefly, this is the backdrop: On 1 January 1818, the British East India Company’s forces, which had many native Indians in its ranks, fought the Peshwa army at Koregaon Bhima near Pune. The Peshwas, despite being present in larger numbers, could not defeat the British, and the main phalanx of the Peshwa army went elsewhere to participate in what it felt was the bigger battle, to attack Pune. Most historians think the Koregaon Bhima battle ended inconclusively, though Peshwa power was already in serious decline and only some time away from yielding totally to the East India Company.

The company’s army comprised many Mahars, the caste that Babasaheb Ambedkar hailed from. A British memorial erected to commemorate the battle was visited by Ambedkar in 1927. When he found the names of various martyred Mahars mentioned in the memorial, it helped him build a narrative where the oppressed castes took on the might of the Brahminical Peshwas. Since then Dalits visit the memorial every year to commemorate the victory of the British Indian army over the oppressive Peshwas, who sometimes had laws that dehumanised the “untouchables”.

However, this narrative is simplistic, missing out nuances. The Koregaon Bhima martyrs included not just Mahars, but also Marathas, Rajputs, Muslims and the odd Jew or two. So, for today’s Marathas to think they lost to a Dalit army, and hence need to defend their honour, or for Dalits to think that they humbled the Brahminical Peshwas, and hence need to give Koregaon Bhima extraordinary importance, is partly imagined “truth”.

The reality in pre-British India was that many communities allied themselves with various rulers, whether British, Muslim or Hindu, largely for their own reasons. Sometimes it could simply mean jobs for the boys, a form of career or status enhancement, or the result of local loyalties and animosities playing out on a larger canvas. If this were not the case, we must presume that the average Indian joining the army today does so only for giving Pakistanis a black eye, and not because he needs a job, career mobility and peer recognition.

It is thus equally misleading to presume that the Mahars fighting on behalf of the British were motivated entirely by the need to humble the Peshwas, though that reason can be one of the factors behind their decision to join the British.

The following points and nuanced truths are worth keeping in mind.

One, there is no denying the upper caste oppression of the lower castes, and especially the “untouchables”. But it does not follow that any modern-day conflict between the two is necessarily driven by the old oppressor-oppressed template. Nor is it true that the oppressed always side with the enemies of their immediate oppressors. If this is true, Dalits should be siding with Pakistan or China, but most of our real traitors – those who sold the country’s interests down the river – are from the upper classes, if not castes.

Dalits had centuries in hand to side with the invaders against their upper caste oppressors, but most Dalits did not do so. In Shivaji’s army, there were Dalits as well as other castes. This fact needs noting as much as the occasional point in history when Dalits sided with their colonial masters. Koregaon Bhima can be reconstructed as a matter of Dalit pride, but this is the result of modern-day political needs, and not necessarily the full truth.

Two, today’s national political narrative needs the construction of a larger Dalit identity in order to capture power, even though tales of caste oppression are not the same for the average Dalit in Maharashtra, Bihar or Tamil Nadu. It is not easy for the Dalit in Tamil Nadu, whose oppressors are not Brahmins but anti-Brahminical OBCs, to seek common cause with the Dalit Jatavs in Uttar Pradesh, who, under Mayawati, aligned themselves with Brahmins to capture power in the 2006 assembly elections. Dalits are as fractious as the rest of Hindus from region to region. Attempts to create a common, imagined narrative are difficult to realise.

A larger narrative cannot be built without taking liberties with history and the truth. Just as Hindutva does not find traction in every state, the Dalit narrative does not find it easy to coalesce into one.

Three, caste oppression is actually coming down, especially in metros and the bigger towns, where no one asks anyone his or her caste. Caste comes back into play when someone is looking for a bride or groom, as the immediate place to start looking is in one’s own caste group which one knows well. The oppression that remains is largely the result of poor job opportunities and historical educational handicaps. So, it is not difficult to convince the average Dalit or OBC that the old Brahminical oppression continues. It is a half-truth that can be made a full truth, especially since the upper castes are anyway guilt-tripped into supporting this tale.

“Liberals” are desperately seeking to buy into this tale, since it relieves them of past caste guilt. But the long term reality is that caste is dying a slow death due to urbanisation and capitalist competition, where merit counts. Casteism survives on imagined political narratives constructed to win elections in a first-past-the-post system. When you need only a 30-35 per cent vote share for a majority, you need only two to three large caste groups behind you to win. Hence the Samajwadi Party’s MY (Muslim-Yadav) alliance, Mayawati’s old DBO combo (Dalit, Brahmins plus some most backward OBCs), or the Bharatiya Janata Party’s BROD coalition (Brahmins, Thakurs, and non-Yadav OBCs, and a smattering of non-Jatav Dalits). This is not to deny discrimination based on caste, but this discrimination happens largely in places where political mobilisation needs caste consolidation at some levels to win a majority.

Another caveat: A reduction in caste oppression does not mean the battle has already been won, but only that we are now less oppressive than before. We still have miles to go before we can satisfy ourselves that we are giving all Indians a life of dignity, and especially the oppressed castes.

Four, Hindu electoral consolidation – which was one reason for the BJP’s recent ascendency – can only be tripped by dividing castes, and so it is important for the forces opposed to the BJP to stoke caste passions, if needed, by rewriting history to pit Dalits against the other castes.

Five, “liberals” would like all to believe that the Dalits have the right to build any identity they want based on their understanding of their own interests, never mind the nuances of history. But this logic cuts both ways. If any group is free to build its own version of identity, whether based on real or imagined histories and tales of victimhood, on what basis can they oppose the Hindutva narrative?