Kritarchy Isn’t On: Why SC Should Not Mess Around With Appointments To EC 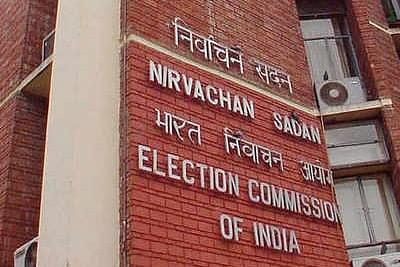 The Chief Justice of India’s (CJI’s) decision to refer to a constitutional bench the right of the government to appoint election commissioners is wrong in principle. It is indirectly an invitation to kritarchy, or rule by the judiciary in matters currently outside its ambit.

A process that has been held to be legitimate for seven decades, and under which every single election held so far has ensured smooth transfers of power, cannot on a whim and a fancy be changed. The PIL, supported by the usual suspect Prashant Bhushan, is mischievous for the simple reason that it comes just before the next general election is due in April-May 2019. If an attempt is being made to make the whole process look flawed, he could not have done better.

Moreover, the CJI, Ranjan Gogoi, has effectively broken his own pledge to not entertain PILs at the drop of a hat. If India is to remain a democracy, where elected people take decisions, it stands to reason that PILs need to be made the exception rather than the rule. Since PILs decided by constitution benches effectively become the new law, this extraordinary route ought to be barred for all such petitions except those of extraordinary merit.

While specific decisions of various Election Commissions can always be disputed or debated, or even taken to the judiciary for a review, no one has yet alleged that the decisions of the commission have changed outcomes in any democratic process so far. With every passing election, faith in the relative fairness of commission decisions has only increased, despite the occasional carping by parties which lose out on some of their appeals.

In this context, to demand that Election Commissioners must, in future, be appointed through a “collegium-type” body makes no sense.

Currently, constitutional posts like Chief Vigilance Commissioner (CVC), and appointments to the post of Director of the CBI are made through a collegium-type process, with the PM, the head of the main opposition party, and the Chief Justice making the appointments from a shortlist prepared by the government. Despite this, the CBI is today fighting with itself, with its No 1 and No 2 locked in combat, and the CVC has hardly covered itself with glory by being chosen through a collegium-like body.

If Bhushan’s demand for a collegium-like body to nominate election commissioners means a process in which government has no role – as in the appointment of judges to the higher courts, which are decided by the Supreme Court collegium – he is effectively setting up another constitutional fight like the one we saw over the National Judicial Appointments Commission (NJAC), where a five-judge constitutional bench voted in favour of retaining the collegium, oblivious to the fact that the judges were an interested party to this decision which overruled a national consensus on the NJAC.

Bhushan is upto no good. He is trying to ensure that all major decisions are taken by an unaccountable body like the judiciary which can, occasionally, be browbeaten and forced to play to the Lutyens gallery that Bhushan is a part of. If the courts have to take all the big decisions, and not the government in power, it paves the way for judicial autocracy, or kritarchy.

Already, from imposing taxes on SUVs sold in Delhi to banning Diwali crackers to meddling in the affairs on the odd temple or two (Sabarimala) and opening up the decisions of speakers of legislatures to court scrutiny, the Supreme Court has grossly overextended its judicial powers and made the law. It has overwritten the original constitution in its own image. It should not do so again by taking over the power to appoint election commissioners away from elected governments and inserting itself into this process by proxy.

No democracy should be held hostage to the decisions of unaccountable bodies. Kritarchy is not the antidote to a democracy, howsoever flawed.