Lalit Modi Is Not A Fugitive - At Least Not Yet! 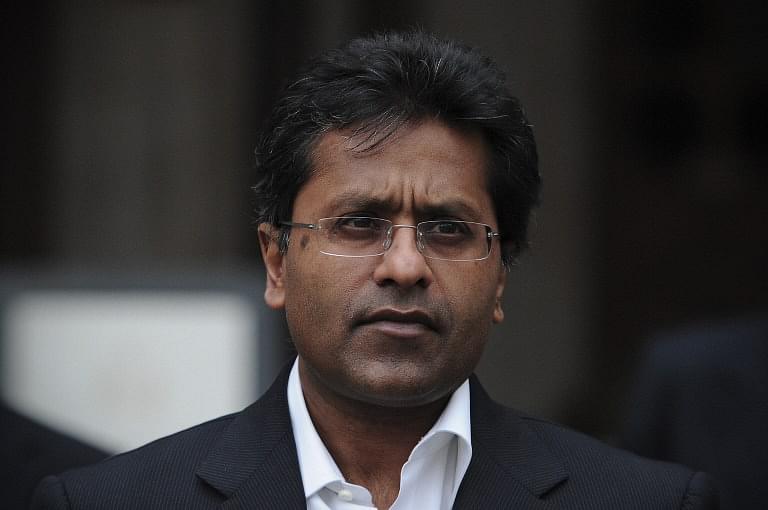 It has been over a week since the alleged scandal involving Sushma Swaraj and Lalit Modi came to light. Much of the heated discussion has revolved around the (im)propriety  of  Mrs. Swaraj’s action in July 2014, weeks after she became the External Affairs Minister(EAM).

The current frame of reference is too narrow to analyze an issue that goes back to 2010. In the din there is little scrutiny of the events that happened prior to Mrs Swaraj becoming the EAM. This is critical because at the root of the current debate is the UPA government’s act of revoking Mr. Modi’s passport “in the interests of the general public” per the provisions of section 10(3)(c) of the Passports Act.

Even before the Delhi high court set aside the revocation in August 2014, the Supreme Court in the Maneka Gandhi v. Union Of India: (1978) and the Delhi High Court in the Aditya Khanna v. Regional Passport Officer(2007)  have dealt with this issue extensively. The essence of the verdict in both cases was that the revocation impinges on the fundamental rights guaranteed under Article 19(1)(a) and (g) unless it is done in “public interest”. Here is where things get interesting.

The public interest, per the order revoking Mr Modi’s passport, rests on 4 pillars – investigation into a multi-crore scam, diversion of foreign exchange and violation of foreign exchange regulations, loss of revenue and non-compliance with repeated summons to appear in person. However, in the Maneka Gandhi v Union of India (1978), the Supreme Court ruled that:

The Delhi High Court relied on this ruling while granting relief to the petitioner in the Aditya Khanna v. Regional Passport Officer(2007) where Mr. Khanna’s passport was revoked for his alleged role in the Iraq Oil for Food scam pending an Enforcement Directorate (ED) probe into possible Foreign Exchange Maintenance Act(FEMA) offences.

The FEMA is a civil offence that leads to financial penalties which, if not paid , could eventually result in civil imprisonment after a due hearing process. Incidentally, Mr Khanna, like Mr Modi, had his business interests based in London and moved the court challenging the revoking of his passport. In Mr. Khanna’s case  the ED officers went to London before whom Mr. Khanna offered to appear to facilitate the investigation.

If the ED has a precedent of travelling to the place of the accused, why was this not done in Mr. Modi’s case whose London address was no secret?

Even otherwise, FEMA rules allow an authorized legal representative /chartered accountant to appear on behalf of the accused. The non-compliance, which Mr. Modi submitted was due to alleged security threat perceptions and which was one of the grounds for revoking his passport, rings hollow in view of the above. In an act that reinforces this perception, the ED rejected Mr. Modi’s offer to appear via video conference citing that he needed to be “confronted with documents”.

This “confrontation” could have happened via his authorized representatives or in London. It is this confrontational attitude that potentially vitiates the principle of natural justice that has gone unquestioned in the whole debate.

The popular commentary too has adopted a different tune in Mr. Modi’s case vis-à-vis the Priya Pillai affair. The Supreme court has held that the right to travel abroad is a fundamental right under Article 21 and can be curtailed only in the “public interest” (as explained earlier).

Despite the impact of the state action on Mr Modi being more severe than on Ms. Pillai, one is portrayed as a villain and the other, a victim although neither has had any court of law pass orders against them.

As allowed by FEMA, his representatives met the ED officials on his behalf to cooperate in the investigation.

Yet, inexplicably, the ED action against Mr. Modi hasn’t proceeded beyond issuing a show cause notice in September 2010. If the cause shown is satisfactory, the matter ends there. If not, an adjudication process is set in motion to determine the penalty. The law allows the ED to proceed with the process even when the accused is absent. The ED is expected to complete the adjudication within a period of 1 year from the date of receiving the complaint and when that’s not possible, record the reasons periodically for not being able to do so. It is not clear whether this has been done.

In a move that further raises suspicions on the intentions of the ED, it has emerged that it did not even serve a show cause notice against the bank involved in the alleged violations leading to Mr. Modi’s counsel arguing that “under Section 10 of FEMA the bank was the authorised dealer and if the violation is condoned in respect of the bank, then the matter even in so far as the appellant is concerned would be over.”

There exists an extradition treaty between India and the UK. The government did not choose to use this perhaps because an extradition offence should be punishable by a term of at least 1 year but the FEMA rules only attract a penalty. Even if this were overcome somehow, there exists a possibility that Mr. Modi might have invoked the “political offence exception” clause to resist the extradition efforts, given the involvement of political heavy weights in isolating him.

The optics associated with the accused is prejudicing the principle of natural justice and coloring the lens through which we evaluate the EAM’s action.

Of course, this doesn’t mean that the EAM is perfect but it contextualizes her action and allows a more informed and reasoned evaluation. The core of the criticism directed at her is that she helped an absconder. The details above reveal that Mr. Modi is as much an absconder as Ms Pillai is an anti-national – both are accusations without any legal basis. It is also important to throw some light on the alleged help.

The EAM did not recommend restoration of the passport or issuance of a British Passport or a travel document. Rather, she, in response to a request from Mr. Lalit Modi, asked the UK to evaluate Mr. Modi’s request on its own merit as per UK laws and clarified that doing so won’t affect bilateral relations.

Technically, the UK could have turned down Mr. Modi’s request and the EAM would have just been fine. Given this, the worst she can be accused of is not continuing the policy of maximizing Mr. Modi’s misery. Thankfully, nobody has suggested that the UK adjudicating the request per its law will indeed affect bilateral relations.

Additionally, arguments in the Delhi High court where Mr. Modi challenged the revoking of his passport were completed on 20 May 2015, 6 days before Ms. Swaraj became the EAM, and the judgment reserved.

The debate also raises crucial questions on whether or not those in high offices should have discretionary powers. Even as this drama was unfolding, there was a heartwarming piece of news involving Beno Zephine, a 25 year old 100% blind woman, who made it to the Indian Foreign Service(IFS).

Beno said some parameters were modified to accommodate her and that she is grateful to the central government. This is a one-off case where the Ministry of External Affairs used its discretionary powers to tweak some rules to make a forward-looking decision. This isn’t about equating the beneficiaries but about the need to take a nuanced position on the exercise of discretionary powers. What matters is whether the power is exercised with bona-fide  intentions.

Ms. Swaraj has personally intervened in hundreds of cases to provide relief to citizens who tweeted her. Some of them may have had pending Income Tax disputes or other civil proceedings. Mr. Modi is hardly a special case. It is yet to emerge that such interventions prejudiced pending proceedings.

There may be questions on the scalability of this personal approach but the EAM has definitely demonstrated evenhandedness. In Ms. Zephine’s case, the MEA undeniably granted her something of great value. Does this fall foul of Section 13 (1) (d) (iii) of the Prevention of Corruption Act which reads: “A public servant is said to commit the offence of criminal misconduct if he, while holding office as a public servant, obtains for any person any valuable thing or pecuniary advantage without any public interest”?

In each of the cases the EAM intervened, there was relief to someone.

Does every such instance then constitute criminal misconduct or just the Lalit Modi case?

The HRD minister Smriti Irani announced that admission fee of 2 financially weak students will be waived off. Does this constitute criminal misconduct since there is a definite pecuniary advantage to an individual?

Such irrational equivalence can’t be the basis of accusations. Equating Dawood Ibrahim, a designated global terrorist facing criminal charges, with Mr. Modi, a person facing civil investigation, is another example of this irrationality.

Ms. Swaraj has denied allegations of quid pro quo, which, by definition involves a transfer that is contingent on another. Although it seems quite a stretch to link the admission, which happened a year before Ms. Swaraj became the EAM, and her actions as the EAM, what is obvious is that there is a certain personal rapport between Mr. Modi and Ms. Swaraj which pre-dates the IPL, thanks to her husband and daughter’s professional association with Mr. Modi.

This is a fit case for recusing oneself from decision-making given the obvious possibility of accusations of conflict of interest. It’s the presence of a flamboyant beneficiary and a high profile minister that makes the issue juicy. Ms Swaraj may well weather the storm but would have learned a valuable political lesson in the process.

The author studies Law and Diplomacy at The Fletcher School at Tufts University and can be followed on Twitter @murhari
Get Swarajya in your inbox everyday. Subscribe here.
Tags: