Law Commission Report On UCC: Can We Have Some Coherence, Please? 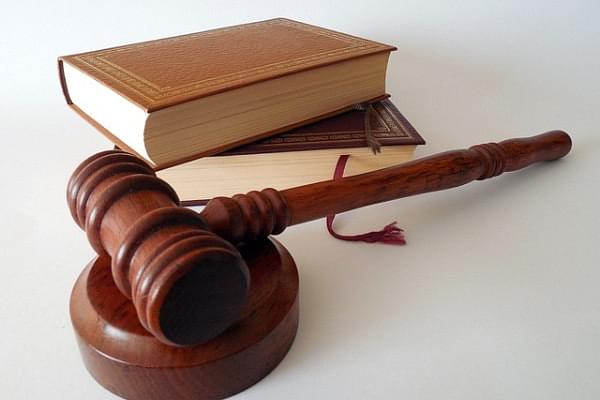 Representative image of a gavel and law books.

The Law Commission report – “Reform of Family Law” – essentially on a uniform civil code (UCC) has been celebrated by custodians of secularism and opponents of the Bharatiya Janata Party (BJP). A UCC was not the need of the hour, said the report, in spite of the directive principle (Article 44) in Part IV of the Constitution of India explicitly prescribing a UCC for all citizens. The report, however, proposed to remove discriminatory provisions in all family laws while retaining ‘diversity’. This approach has some contradictions which take us to a dead end as far as a UCC is concerned.

Those who argue against the idea of a UCC often claim that Part IV of the Constitution cannot be taken seriously as they are just ‘directive principles’. But UCC opponents would do well to know that the Constitution takes this section as seriously as any other part of the document. This sentiment is reflected in Article 37: Application of the principles contained in this Part The provisions contained in this Part shall not be enforceable by any court, but the principles therein laid down are nevertheless fundamental in the governance of the country and it shall be the duty of the State to apply these principles in making laws.

A UCC aims at a common family law for all citizens. The meaning of a ‘family law’, as per the Oxford Dictionary, is, “The branch of law that deals with matters relating to the family, such as divorce and child custody.” The Law Commission report deals with inheritance, succession, adoption, and maintenance as well.

The Commission explains the fundamental basis of rejecting a UCC in the first part of its report. However, if you go by parts of the introduction section, there are things that don’t add up.

(1.3) In the absence of any consensus on a uniform civil code the Commission felt that the best way forward may be to preserve the diversity of personal laws but at the same time ensure that personal laws do not contradict fundamental rights guaranteed under the Constitution of India.

Now, if the principles of gender equality are applicable to women of all religions, then surely any family law must be the same for all religions, in spite of the diversity aspect, to preserve that equality. If there is a consensus against gender discrimination, then there is no scope for ‘diversity’ in family laws. Otherwise, we would be offering different rights to women based on their religion.

(1.4) Therefore, it is urged that the legislature should first consider guaranteeing equality within communities‘ between men and women, rather than equality between‘ communities. This way some of the differences within personal laws which are meaningful can be preserved and inequality can be weeded out to the greatest extent possible without absolute uniformity.

(1.7) In a country like ours where social inequalities plague our society and economic inequality is insurmountable it would be erroneous to presume that all citizens uniformly benefit from the right to equality.Therefore equity and not mere equality would mean that preferential rights and protections are maintained for vulnerable or historically subordinated sections of the society, for there is no equality in treating unequals as equals. There are various laws, affirmative action policies and schemes in this country to bring all citizens to share common ground on significant matters. In family law too, different laws were codified over time for various communities to slowly align them with constitutional values.

The notion that ‘affirmative action’ has something to do with family laws is an odd proposition because the nature of a family law has no direct role in raising or lowering the economic status of a community. Affirmative action makes sense only in the arena of jobs or education, not family law. This section of the report contradicts those two quoted earlier in the article, which bat for different family laws that preserve India's secularism and diversity.

The responsibility of the Indian state is to align all family laws with the principles of the Constitution. Thus, if there is a consensus about the Constitution among all citizens of India, there has to be a consensus on a uniform civil code as well.

Here Is Why Uniform Civil Code Is Necessary

Why We Don’t Need The Uniform Civil Code