Lesson From Lakhimpur Kheri: There Is Real Danger Of Farm Protests Leading To Caste Conflicts In Future 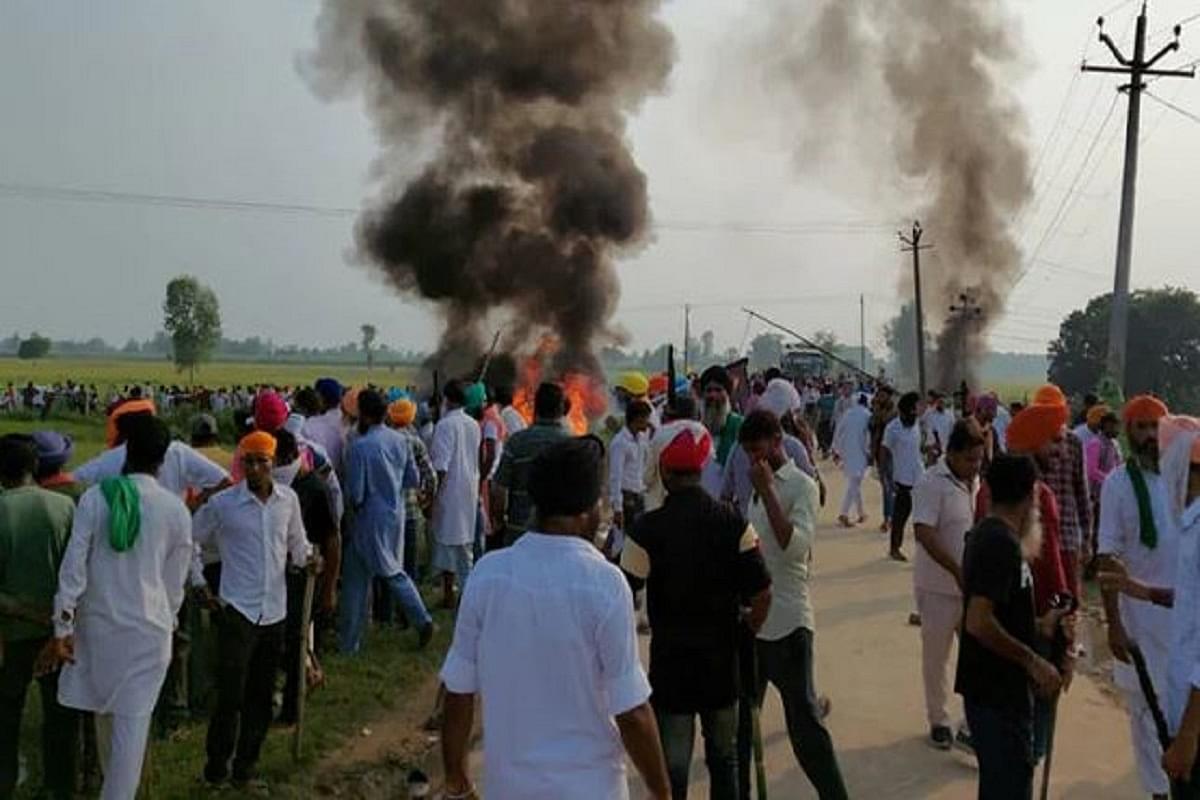 What happened in Uttar Pradesh’s Lakhimpur Kheri, earlier this month, where four protesting farmers and one journalist were mowed down by cavalcade belonging to Union Minister of State Ajay Mishra, leading to lynching of three Bharatiya Janata Party (BJP) karyakartas, should be a serious wake up call for politicians in power as well as those leading the farm agitation.

The Yogi Adityanath administration and farm leader Rakesh Tikait need to be congratulated for handling the situation with extreme maturity, quickly negotiating a deal thereby helping diffuse a tense situation which could have become worse had the vulture politics that many opposition politicians tried to indulge in was allowed to play out. However, we may not be as lucky next time and politics may get the better of either side which would certainly not be in the country's interest.

Imagine a situation where farm leaders with an intention to bend the government to their will rather than to de-escalate a tense situation play hardball after such an unfortunate incident in future and the party in power also starts looking at the confrontation politically and how to make electoral gains out of it. Then minor clashes on the ground can easily transform into state-wide caste conflicts. We are fortunate that the Kheri incident didn’t become an issue about Brahmins and Sikhs.

This doesn’t mean that we can expect situations to always be sane. In fact, there is a good chance that emotions overcome coolheadedness as elections approach in Uttar Pradesh which is being strategically converted into a battleground for farmer agitation, shifting the epicentre from Delhi borders towards Lucknow.

The reason for sounding the warning bugle about caste conflict in future is simple: whether anyone like it or not, the ongoing farm protests against the three farm laws is not primarily Punjab-Haryana driven but Jats-Jat Sikhs driven — a movement which has few takers outside of these two communities. In Uttar Pradesh, the protests don’t have much currency even among Jats who are evenly split between Bharatiya Janata Party (BJP) and Rashtriya Lok Dal (RLD).

Even though a Jat from western Uttar Pradesh Rakesh Tikait has become the face of the farm protests, he has more appeal among Jats of Haryana than those in his home state because of the local political reasons — BJP’s politics in Haryana has revolved around mobilising non-Jats while in west UP, the party relies on Jats to be an important part of Hindutva coalition to counter the Samajwadi Party, Congress and Bahujan Samaj Party vote bank.

It’s important to understand these nuances and accept the reality otherwise the propensity to make mistakes will only increase especially given the intensity of the agitation and methods employed by farmers to confront the politicians. It’s one thing for Jat Sikh or Jat protesters to socially boycott MLAs of their own communities and not allowing them to enter the villages in Punjab and Haryana (though still a wrong thing to do), it’s totally a different game when people from these communities confront leaders from different communities simply because they belong to the BJP.

This is where the risk comes in. Other communities who simply don’t share the paranoia that Jats/Jat Sikhs have about the farm laws will not like if their leaders are being confronted by people of these two communities. Leaders too will try to mobilise their own vote bank against Jats and Jat Sikhs and that’s where things can go really bad because minor clashes can turn into inter-caste rioting. Those who believe this is unrealistic only need to look at how the violence during Jat quota agitation started where a couple of minor confrontations between Jats and non-Jats lit the fire that engulfed most of the state in no time.

Just when tensions were running high due to the Lakhimpur Kheri incident, Haryana Chief Minister Manohar Lal Khattar’s video where he is addressing a meeting of BJP Kisan Morcha came to light which is quite telling. "There are some new farm groups which have emerged recently. We have to support them. In the north and west Haryana, farmers should raise armed groups...Raise volunteer groups of 500-700-1,000 people and pick up sticks and then follow a 'tit for tat' policy... Don't bother about the consequences and if you go behind the bars for this then don't worry about getting bail. You will come out a big leader," he is seen telling the gathering.

Though he withdrew his statement later, it reveals how easy it is for politicians to exploit this situation and that they are already thinking about it. In fact, this was exactly the modus operandi which caused the 2016 riots in Haryana. Some attempts have been made to mobilise residents living near protest sites such as Singhu and Tikri border whose life has been made hell due to months long occupation of the roads. But without much success.

The government has avoided use of force to clear the roads like the plague with good reason because last time even the threat of eviction at Ghazipur border against Tikait had made matters worse and given a new lease of life to the agitation which had just lost popular support after the Red Fort incident. But doing nothing and keep giving the long rope is not helping either. It’s time to seriously work towards a solution. Otherwise, we are simply looking for more Lakhimpur Kheri type incidents in future which could be really detrimental to social fabric.