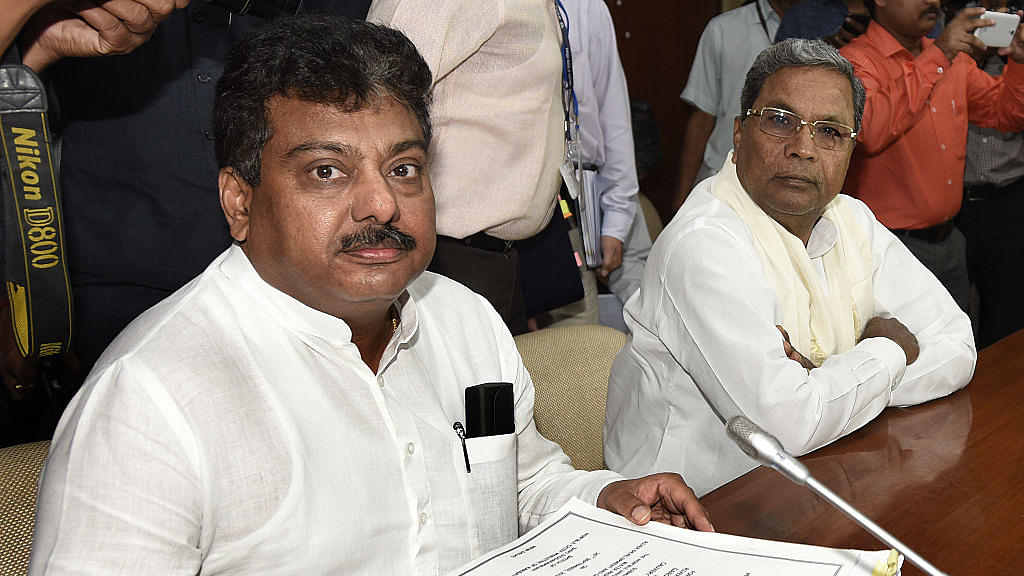 Thousands of people from the Lingayat community are expected to hit the streets of Kalaburgi—about 650km from Bengaluru—on Sunday, demanding they be recognised as a separate minority religion and have a separate identity. However, they do not want to include Veerashaivas, a sub-sect within the community, in this separate identity.

The latest round of agitations and renewed demands for minority religious status are led by Karnataka water resources minister M.B. Patil.

“This has been a long standing demand of the Lingayats. The struggle is over a 100 years old but for the last 40 years (it) has been out in the open,” S.M. Jamdar, a former bureaucrat and member of the Lingayat Samanvaya Samiti said.

Though the demand for a separate religious status and separation from the Veerashaivas is at least a century old, agitations across the state just before next year’s elections acquires a more political connotation.

The Congress, which enjoys the support of backward classes and minorities, is hoping to get the Lingayats on board to help undermine the BJP in Karnataka and stop the saffron party from repeating its recent landslide victories in other state elections like Uttar Pradesh.

For the BJP, the Lingayats have been a voter base, helping the party to remain a force to reckon with despite its disastrous outing in the 2013 elections or years in power from 2008-2013.

Sandeep Shastry, political scientist and pro-vice chancellor at Jain University, said the Lingayats have always been with the BJP. “Even in the last election (2013), votes just got split between KJP (Karnataka Janata Party) and BJP, but the Lingayat vote did not necessarily go to the Congress party last time they came to power,” Shastry said.

The latest round of agitations, which have seen a large turnout in different parts of the state, have seen people take differing stands, even within the same party, even as the Congress and Bharatiya Janata Party (BJP) have locked horns over the issue.

Though former Karnataka chief minister and BJP leader B.S. Yeddyurappa has backed the faction to remain with Hinduism to resist any attempt to isolate the Veerashaivas, he has remained tightlipped about the issue. He, however, used the opportunity to attack Patil and Karnataka CM Siddaramaiah for trying to (what the BJP terms) “divide the society for political gains”.

Some, within the Congress, have remained non-committal on the issue.

Patil, on 11 September claimed to have the backing of Sri Sri Sri Shivakumar Swamyji, the 110-year-old spiritual leader of the community.

However, two days later, the seer in a letter, denied extending any support for a separate religion or break from Veerashaivas.

Patil swears by his earlier statement, where he claimed the support extended by Sri Sri Sri Shivakumar Swamyji, and vows to continue the agitation despite media reports that the party high command is unhappy with the developments. “It’s a decision left to Siddaramaiah. High command will not interfere in it,” said a senior All India Congress Committee (AICC) member, requesting not to be named.

Patil, on the other hand, is prepared to take the century-old struggle to its logical end. He argues that Basavanna—the 12th century thinker known as the intellectual preceptor of the Lingayat community—a Brahmin by birth, had left Hinduism as he was against the Vedas, Upanishads, caste system and other beliefs. “We have less in common with Hinduism than Sikhs or Jains.” he said on Thursday.

Jamdar says that the Peeta or priestly system followed by Veerashaivas has corrupted the Lingayat way of life. He said that there are about 3,000 Virakta Muttas (which Lingayats follow) in Karnataka and surrounding states and about 200-300 Pancha Peetas (which Veerashaivas follow). He added that Veerashaivas only make up for about 1-2% of the entire Lingayat population, an argument to support the claim that it will continue to be a dominant community, making them that much more attractive as a voter base.

Also read: Have you set to abandon the very fundamentals of Basavanna’s teachings?