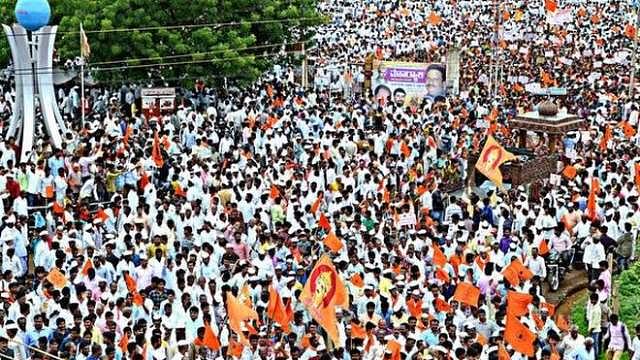 Lingayat agitation on the streets of Bidar

The way the Siddaramaiah government in Karnataka has handled the issue of granting minority status to Lingayats should open our eyes to two fraudulent ideas we have given too much legitimacy to: that there is any such thing called a “minority” that is permanent in nature, and that we need an institution like a minority commission to safeguard their rights.

While it is obvious that the intention of the Siddaramaiah government was purely to divide the Lingayat vote, widely seen to be favourable to the Bharatiya Janata Party (BJP), what is equally condemnable is the idea of politicians deciding who is a minority. The Lingayats are a Shaivite sect, and trace their distinctiveness to Basavanna, a 12th century social reformer who rejected the idea of discrimination on the basis of caste or gender. The Veerashaivas, who are also Lingayats, have doctrinal differences with those who claim Lingayatism is not Hinduism, but what is clear is the deliberate effort to drive a wedge in the community by granting one part of it minority status. The state government-constituted Justice H N Nagamohan Das panel has suggested granting minority religion status to Lingayat after excluding the Veerashaivas. The state cabinet itself is divided over the issue and has been unable to take a decision on the report. Several Veerashaiva Mutts have protested the panel’s decision, reports The Times of India today (16 March).

There are several things wrong with the idea of granting anyone the status of minority when the basic fact is that minorities are purely contextual, geographical and/or situational. Someone or some group can be a minority depending on where they stand on an issue (say, sexual orientation), where they live (in which country, state, city or district), which primary identities they choose for themselves (based on political ideology, religion, language, gender, race, class or caste), and which identities are thrust on you based on birth or situation in life.

For example, in a group of 100 where 90 are women, the 10 men constitute a minority; but assuming 80 of them are physicists, and 20 are mathematicians, it is the mathematicians who are in a minority, not the men in the group. Similarly, a gay Muslim can be a minority even in his so-called minority religious group, and Muslims can be the majority community in several districts of India. In a global context, Hindus can be considered minorities, given the large numbers who call themselves Christian or Muslim, and hence deserving of special treatment.

Indian courts have, wrongly, decided that there can be only two types of minorities – religious and linguistic – and that the status of minority has to be decided at the state level. This makes no sense in the context of the above, broader, definition of who or what constitutes a minority. Most Indian districts, for example, are bigger than about 80 countries that have populations of two million or less. This means the district has as much of a claim to being the geographical unit for determining minority status as the state. In any event, Hindus don’t get minority status even in states where they are a minority (example: Punjab) on the plea that they are a majority in India.

The very fact that groups want to be considered minorities in India – especially Hindu groups – is a dead giveaway that the minority tag offers special privileges denied to the majority.

It is time to boldly state that there are no permanent minorities. There are only contextual minorities, and any minority can protect its rights as long as we focus on human rights – the rights of the minority of one. If we protect individual human rights, the rights of any minority, situational, contextual or otherwise, will be protected. There is no such thing as minority rights as separate thing from individual rights. Minorities get their rights when individuals in the group assert their rights – and not the other way around.

Also Read: Why There Is Little Logic In Treating Muslims As Minorities In India