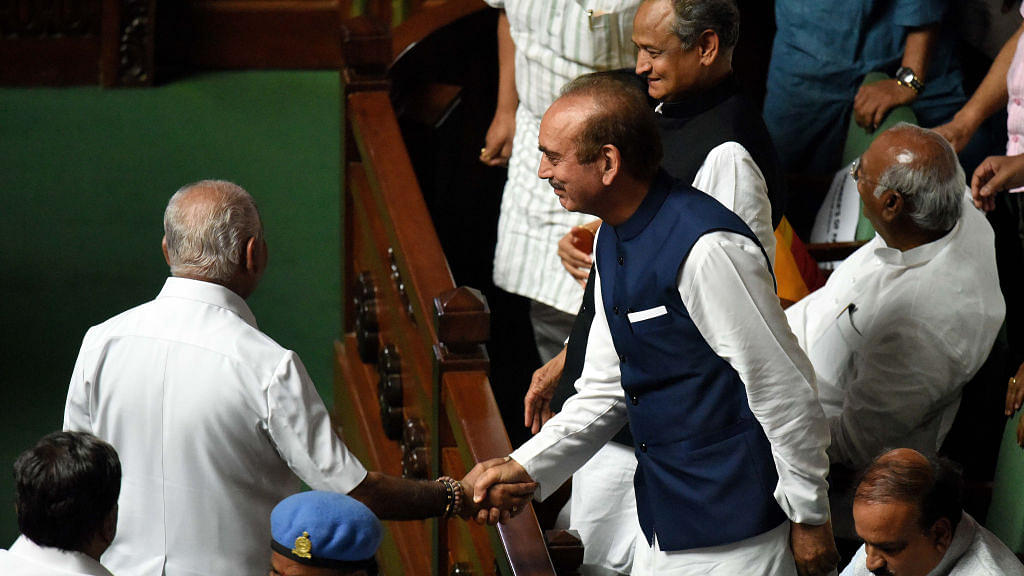 With the Bharatiya Janata Party (BJP) falling short of the numbers in Karnataka, it was the Congress and Janata Dal (Secular) or JD(S) which have come together to form the government. The government will be headed by H D Kumaraswamy, a Vokkaliga. Vokkaligas are considered to be the second most influential community in the state after the Lingayats.

While the Lingayats voted in huge numbers for the BJP hoping that their man, B S Yeddyurappa, would become chief minister, at the end of it all that was not to be, as the BJP fell short of majority by around eight seats.

The BJP gained heavily from the upper castes and the Lingayats, with the voting percentage of the communities standing at 52 and 62 per cent respectively. Lingayats are dominant in at least 90 constituencies in Karnataka and can swing the fortunes of any party. Going by these numbers, it is clear that a large chunk of North Karnataka where the Lingayats are dominant have voted for the BJP, and Yeddyurappa in particular, so that they could see him ascend the chair of Chief Minister.

Secondly, the Lingayats made it clear that they wanted the BJP at the helm of affairs, but an alliance of convenience ended upstoppinged the BJP.

Moreover, the Lingayats would also take into account that the 18 Lingayat MLAs in the Congress did not back Yeddyurappa. The Lingayats feel that when it comes to their man, people should rise above parties and back him.

With a Vokkaliga chief minister at the helm, it becomes clear that a major part of the governance would be with the community. Kumaraswamy would likely ensure that top posts in the government would be with the Vokkaligas and this would imply that the Lingayats would be playing second fiddle.

However, the Lingayats are likely to channelise their anger more towards the Congress than the JD(S). The JD(S) has never depended on the Lingayat votes. The Lingayats feel that Deve Gowda, in a bid to consolidate his Vokkaliga votes, had ended up betraying the likes of J H Patel and S R Bommai. Gowda and his JD(S) have never really focused on the Lingayat votes either. Bearing this in mind, Gowda and son would go all out to consolidate the Vokkaliga votes further at the cost of alienating the Lingayats.
In this, it is the Congress which stands to lose the most. Firstly, the ploy to accord religious minority status to the Lingayats backfired and was being seen as an attempt to divide Hindus. Even in the post election scenario, the party handed out support to the JD(S) headed by Vokkaligas.

The Lingayats feel that the mandate was not for JD(S) which ended up with an 18.3 per cent vote share and bagged 37 seats, which includes Kumaraswamy’s two constituencies at Ramanagara and Channapatna.

Moreover, there is also a sense of insecurity among the Lingayats as they feel that Kumaraswamy would give the Vokkaligas a better deal in a bid to spruce up his vote bank.

When the BJP was searching for the numbers, many Lingayats were confident that Congress MLAs of this community would not back an alliance with the JD(S). However, the fact that they stood behind the Congress’ decision has not gone down too well with the community and the Lingayat mutts feel that a deliberate attempt was made to stall Yeddyurappa.

The other factor is that many also see this as a betrayal of North Karnataka which voted by and large for the BJP. It was only in the Hyderabad-Karnataka region that the Congress did better by improving its vote share to 42.2 per cent. Though the vote share gained was 7.6 per cent when compared to 2013, the party lost four seats as against the previous elections. The people of North Karnataka have always complained about being ignored and this time, they felt that the BJP would address their problems.

The people of North Karnataka will continue to feel betrayed as they feel that JD(S) would only focus its resources in the southern part of the state, and Hassan, where the JD(S) family hails from. In the southern region, the BJP could win only nine out of the 51 seats. The JD(S) however bettered its tally by winning 25 seats and the gains were at the expense of the Congress. The JD(S) would put all its resources into this belt to better its tally in 2019 so that it could be a bigger player in the third front. This would mean that the focus is bound to be lesser in North Karnataka, where the JD(S) does not hold much sway.

Political scientist Dr Sandeep Shastri says that it is clear that the BJP bagged a bulk of the Lingayat votes. There is a lot of unhappiness in the community as the power would be with the Vokkaligas. The Congress is now talking in terms of a second deputy CM and would want to install a Lingayat MLA. I do not see this helping the Congress at this stage, Dr Shastri said.