#States2017: A Roundup Of The Exit Polls - Chanakya Projects 285 Seats For BJP In UP 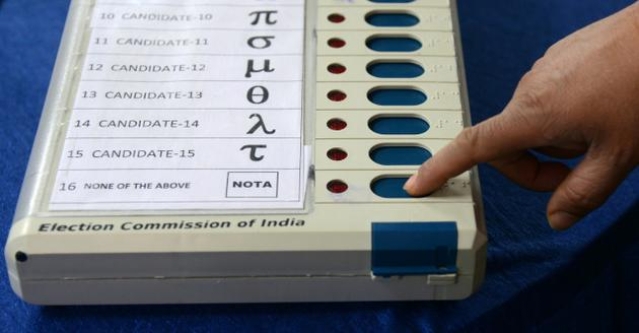 By now all the channels have released their exit poll findings. Right now the picture is quite clear about Punjab and Uttarakhand. Goa seems to be heading for a hung assembly but there is a good chance that the BJP might pull through.

The story of the evening though is the spectacular numbers being projected for Uttar Pradesh by India Today – Axis My India and Today’s Chanakya.

You’ll find a quick summary of the main projections for all the states below. That is all from us for today. Do join us on Saturday (11 March) as we look at the results.

Today’s Chanakya predicts 285 seats for the BJP, 88 for the SP-Congress alliance and 27 for the BSP.

Today’s Chanakya predicts 53 seats for the BJP and 15 for the Congress.

It seems like a comfortable majority for the BJP.

It looks like a hung assembly but others suggest the BJP could pull through with a slim majority.

Others predict a victory to the Congress.

Punjab seems like a dead-end for the Akalis at this stage.

This one is even more aggressive than the India Today – Axis My India exit poll findings. Today’s Chanakya, perhaps the only polling agency which got the 2014 results right, are projecting 285 seats for the BJP in Uttar Pradesh.

The India Today – Axis Exit Poll findings for Uttar Pradesh have even the BJP fans shocked. They’re projecting 251-279 seats for the BJP, 88-112 for the SP-Congress combine, 28-42 for BSP.

They claim they’ve been to every constituency in the state with a sample size of over 75,000 for the survey.

Their vote share numbers are also pretty encouraging for the BJP. They predict 36% for the BJP, SP+Cong get 30%, the BSP get 22% and others bag 12%.

According to India Today-Axis Poll, 57 per cent of Jats have voted for the BJP defying pre-poll predictions. This means that the Ajit Singh's RLD will not hurt the BJP’s chances. The party(BJP) did extremely well in the first phase which may have had spillover effect in next phases.

7:15 PM IST - Akhilesh Yadav says ready to tie-up with Mayawati in case they don’t get the numbers

Giving up already? The below graphic from News18 puts it very succinctly: the BJP is the current favorite to win UP and at-least one poll is projecting the party crossing the half mark.

We looked at 5Forty3’s analysis of Punjab polls. 5Forty3’s psephology has always been interesting as much for the insightful analysis as the raw numbers. Here is his take

6:35 PM IST - Punjab Is Definitely Not For BJP-Akali Dal

As far as Punjab is concerned the main concern of many commentators was not if BJP would be defeated or not but whether it will be the Congress or AAP that will capture power.

Going by the results now the Congress may indeed form the next government in Punjab. Here is a snapshot.

Between Today’s Chanakya and India Today/Axis it appears the BJP has indeed bagged the state. CVoter and NewsX/MRC are however playing it safe with Congress and BJP being projected to be in a close fight.

The BJP brought quite a few Congress dissidents to their side (about 13) in the last few months. It appears the aggressive tactics of the party against the Congress has indeed paid off.

Here is the projection

Here is a quick take on what exit polls are saying about Uttar Pradesh as of now. It looks like other channels and outlets are holding back UP results for later in the evening. Until then here is what we know:

Some key exit poll findings are being published as we speak. Here is a quick break down.