Long Read: The NRC Has Been Sabotaged, Bangladeshi Infiltrators Obtain Legitimacy While Assamese Are Hurting 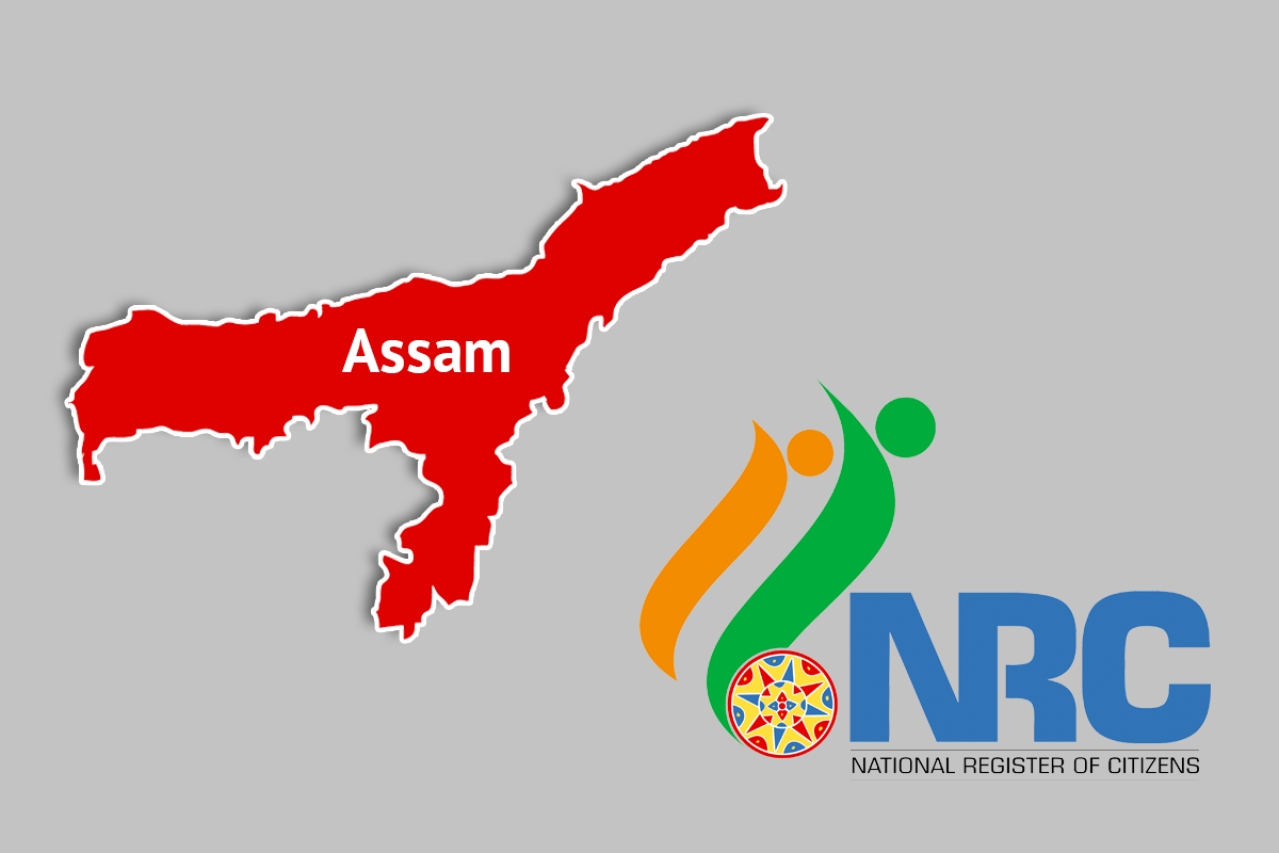 The fears about the final National Register of Citizens (NRC) for Assam being deeply flawed (read this) have ultimately come true. The exclusion of a mere 19.06 lakh names from the register has, as was expected, caused deep distress and disappointment amongst many in Assam.

That’s because a large majority of those excluded from the final NRC are Hindus and of them, most are Bengali Hindus. Among the excluded are people belonging to indigenous groups of Assam and over one lakh Gorkhas.

The original purpose of the NRC updation exercise, which was mandated by the Supreme Court (Justice Ranjan Gogoi ordered it) in 2013, was to prepare a registry of genuine Indian citizens.

It was thus expected that the names of all Bangladeshis who had sneaked into Assam illegally over the decades would be excluded from the list. And since most of those who had infiltrated into Assam from Bangladesh are Muslims, it was assumed that a large majority of the excluded would be Muslims from the neighbouring country.

One lakh of the excluded are Gorkhas and another one lakh are Assamese Hindus or indigenous people of the state. Less than 6 lakh Muslims have been excluded from the final NRC.

But it is common knowledge that most of the Bangladeshi infiltrators into Assam are Muslims.

So how is it that most of those excluded from the final NRC are Hindus?

The answer to this vital question will lie in who stands to gain the most from the flawed NRC and how the procedure (for updation) was laid down.

It appears that the illegal Muslim immigrant from Bangladesh has gained the most from the final and flawed NRC because the names of most of these non-Indians have been included in the register.

This is apparent from the statement by the All India United Democratic Front (AIUDF) spokesperson Aminul Islam.

The AIUDF, seen as a party protecting the interests of mainly Bangladeshi-origin residents of Assam, has ‘thanked’ the Supreme Court for the final NRC. It also said that the final NRC has, once and for all, ‘resolved’ the vexed foreigners’ issue in Assam.

AIMIM chief Asauddin Owaisi echoed the AIUDF sentiment and said the “myth of the illegal migrant” has been ‘busted’.

Both the AIUDF and AIMIM are obviously happy that the overwhelming majority of the people who did not figure in the final NRC are not Muslims as was widely expected.

The deeply flawed final NRC also puts the focus back on the history of the entire process. The updation of the NRC was mandated by the Assam Accord of 1986, but successive governments (mostly of the Congress, but also of the AGP) kept putting it off.

Ultimately, Justice Ranjan Gogoi (he was yet to become the Chief Justice then) ordered the updation exercise on a batch of petitions filed by citizens’ groups in 2013.

The entire process — what documents had to be submitted for inclusion of names in the NRC, how they would be verified and cross-checked et al — was laid down by the then Congress government in Assam headed by Tarun Gogoi.

It was, of course, vetted by the Supreme Court.

But did the Congress deliberately leave loopholes?

It must be remembered here that successive Congress regimes in Assam deliberately encouraged infiltration of Muslims from Bangladesh into Assam and used them as vote-banks to cling on to power in the state for decades.

The Congress has been winning elections in Assam largely due to the support of the Bangladeshi infiltrators. Thus, the Congress would obviously have a very big stake in sheltering this community in the hope that it would come back to power in Assam with the help of this vote bank.

It must also be remembered that it was because of the Congress’ vote bank politics and the political protection it accorded to illegal Muslim immigrants from Bangladesh that the latter could easily get Indian documents like ration cards, voter ID cards and passports to lay claim to Indian citizenship.

The Tarun Gogoi government was fully aware that most of the Bangladeshi Muslims in Assam had obtained those documents through bribery and fraud. And hence, say some BJP leaders, the rules and procedures for NRC updation were deliberately rigged and loopholes created to help the illegal Muslims immigrants.

Neither has the state machinery in Assam been as indulgent towards the persecuted Hindus coming from Bangladesh as it has been towards the Muslim infiltrator.

The Tarun Gogoi government knew this very well, and allegedly designed the rules and procedures governing the updation exercise in a manner that would help the Bangladeshi infiltrators.

The Congress has always denied the well-known presence of lakhs of Bangladeshi immigrants in Assam. A flawed NRC with names of almost all Bangladeshi Muslims included in it suits the Congress very well indeed.

It can cite the final NRC to reiterate its stand that the BJP and other parties have been raising a ‘false bogey’ about the presence of Bangladeshi Muslims in Assam.

Estimates Of Presence Of Non-Indians

In 2016, the then Union Minister of State for Home, Kiren Rijiju, had said that there were two crore Bangladeshi nationals residing illegally in India. Even Sriprakash Jaiswal, a minister in the UPA-1 regime, had said in 2004 that 50 lakh infiltrators from Bangladesh were present in Assam.

In 1977, then Union Home Minister (in the Janata Party government) had told Parliament that there were one crore Bangladeshi infiltrators in India.

All these figures given out by the Ministers were based on ground realities and estimates prepared by different government agencies.

So how did the final NRC not reflect these figures? Assam Public Works (APW), a citizens’ body that was the primary petitioner on whose plea the Supreme Court ordered that the NRC for Assam be updated, said that the mechanism for updating the NRC — deciding which documents could be submitted, how to verify the documents, deciding on legacy data and tracing old documents etc — was flawed and ill-designed.

“We will approach the Supreme Court once again for re-verification of the final NRC. We expected the number of excluded to be much higher. It should have been at least 60 lakh. Our calculations based on studying census figures, electoral rolls and other government data and extrapolating all the data reveals that more than 60 lakh Bangladeshi infiltrators have settled down in Assam after the cut-off date of 24 March 1971,” said APW president Aabhijeet Sarma.

The APW will also plead for a social audit of the entire updation process, including the cost of more than Rs 1,200 crore incurred in the entire exercise.

“We will also seek a directive from the apex court on third-party verification of the software and technical platforms used in the updation process. We believe these were also flawed,” said Sarma.

The BJP, which came to power in Assam in 2016, soon realised that the NRC updation exercise was not progressing in a proper manner. The BJP realised that the entire process had many flaws and many government officials entrusted with this exercise were not being diligent enough.

Many cases of officials taking bribes from Bangladeshi Muslims to turn a blind eye to fake and forged documents they submitted, or favouring the infiltrators, also came to light.

Unfortunately, when the state government started scrutinising the exercise and attempted to correct the flaws, the Supreme Court ordered it to keep away from the exercise.

The Supreme Court also ordered the NRC coordinator, Prateek Hajela, not to share any data or details about the exercise with the state government or any other authority or establishment without the consent of the apex court.

Realising that the final NRC would be a flawed one and would include names of lakhs of Bangladeshi infiltrators, the Union and state governments made a last-minute plea to the Supreme Court to order a sample re-verification of names included in the draft NRC (published last year).

But the apex court turned down this plea after Hajela told the court that he had undertaken re-verification of 27 per cent of the names included in the draft NRC.

Thus, the Congress’ alleged game-plan of rigging the updation exercise appears to have succeeded.

A highly flawed NRC with names of Bangladeshi Muslim infiltrators included in it and names of Hindu refugees from Bangladesh (who are not a vote bank for the Congress) excluded from it has been published.

What is unnerving is that, according to some reports, the claims of many of the nine lakh-odd Muslims (whose names have not figured in the final NRC) had been rejected on minor grounds like errors in the spellings of their names, parents’ names or places of residence.

That means that when they appeal before the Foreigners’ Tribunals, there is a very high chance of their appeals being upheld.

And then, their names, too, will be included in the final NRC.

The final NRC has come as a huge letdown for Assam and its indigenous people. The state has paid a high price for the entire exercise. Apart from the Rs 1,200-crore spent on the exercise, 52,000 government officials were involved in the updation process.

Many development works suffered as most of these officials had to spend time almost exclusively on the NRC updation work instead of their official work.

And at the end of it all, it is the native Assamese who has been shortchanged.