Lost And Mangled In Translation: Rahul Gandhi’s Address At Public Rally In Tamil Nadu Messed Up By Former Union Minister 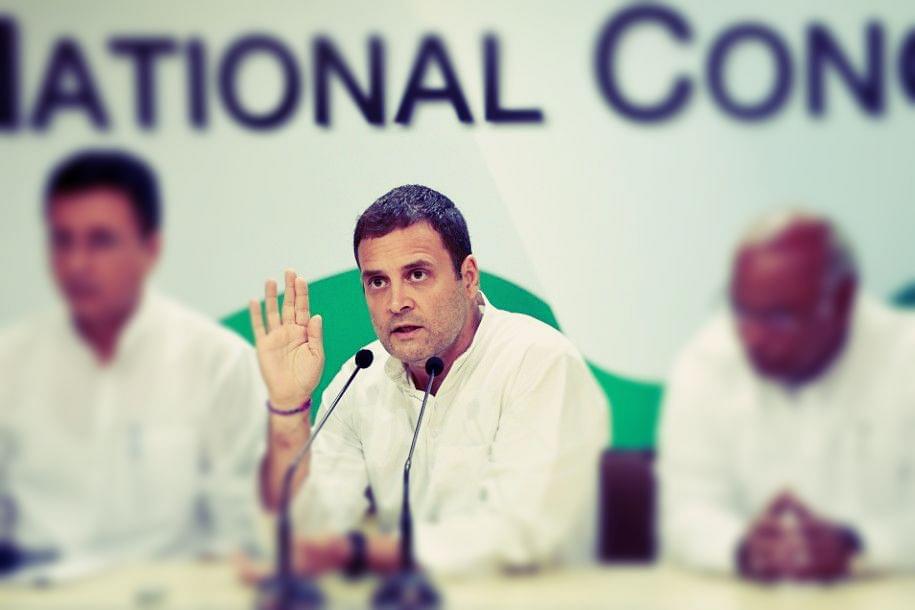 Kanyakumari is one district in Tamil Nadu that has escaped the influence of Dravidian parties till now. The late Dravida Munnetra Kazhagam leader M Karunanidhi has often remarked, “Kumari namadhu thollai” (Kanyakumari is our problem).

Kanyakumari is also one district where the Congress still has some sympathisers and usually fares well in elections. In 2014, when almost all parties chose to go it alone in the Lok Sabha elections, Pon Radhakrishnan, currently central minister, won the seat for the Bharatiya Janata Party (BJP) with 3.72 lakh votes with Congress party candidate and businessman H Vasantha Kumar finishing second with 2.44 lakh votes.

In such circumstances, when the Congress launched its campaign, it should have taken its supporters in Nagercoil and Tamil Nadu in general into confidence.

But what happened was a comedy of errors, especially when the Rahul Gandhi’s speech was translated into Tamil.

Former Union minister K V Thangkabalu was in charge of translating the Congress president’s speech and call it nervousness or an over enthusiastic interpretation of the address, he made a mess of it.

So, here’s how Thangkabalu messed up Rahul’s address in English to the people.

At the start, the Congress president said he had met the late Karunanidhi a few times. Thangkabalu translated it as many times.

Rahul followed it up saying that Kalaignar (referring to the way the late DMK leader was popularly known as) will never die but the former Union minister translated it as “Kalaignar will lead us”.

“Thousands” was interpreted as “crores” and at one point when the original words were “Modi said he would protect farmers”, it was translated to “many farmers are suffering and feeling the pain”.

More amusing interpretations followed. “Mr Narendra Modi has handed the entire insurance sector to his business friend,” said Rahul Gandhi but it was translated to “Modi is running the government for his business and industrialist friends”.

Rahul Gandhi, as he has been saying in the last few months, said: “Anil Ambani has never built an aircraft in his life” but Thangkabalu translated it as “he (Modi?) is one who never speaks the truth”.

The slip-ups in translation was in numbers too. Rahul, as he has been alleging for quite sometime now, said the UPA government had negotiated the Rafale aircraft for Rs 526 crore but the Modi government had paid Rs 1,600 crore for it. In his translation, the former minister put the figure of Modi government’s purchase at Rs 1,566 crore.

Hahaha! When the interpreter was trying to correctly pronounce the word 'unmai vellum' Rahul is seen preventing him from doing so. He is a confused guy aspiring to be the PM https://t.co/3VNMSnjJdp

Then, as usual, Rahul Gandhi stumbled while pronouncing “Thiruvalluvar” but what followed in his speech and what was translated and what the Congress president tried to tell Thangkabalu turned out to be funnier than serious.

Rahul Gandhi said “unmai vellum” (not wrong but it would be better to stick to the original) and continued “meaning the truth will set you free”. Thangkabalu translated it as “if that is truth, truth will win always”.

No one is sure who told what to the Congress president, who continued, “the truth will put Mr Narendra Modi in jail”. Thangkabalu translated it correctly but Rahul insisted to have his say and said: “unmai jellum” to mean Modi will be jailed and then asked the former minister to tell the same in Tamil.

Then, when Rahul Gandhi said “Congress will”, it was translated to “I wish to do”.

Dwelling on goods and services tax (GST), the Congress president said his party favoured “one tax, simple tax, minimum tax” that went over the head for Thangkabalu who couldn’t translate the “minimum tax” part of it.

Rahul Gandhi said GST in its current form was affecting shopkeepers and small businesses but it was translated to as affecting “farmers and businesses”.

The Congress president said Tamil Nadu would become the manufacturing capital of the world but it was rendered in Tamil as “Tamil Nadu will get all opportunity”. Rahul said “Tamil Nadu would be made the centre of plans to compete against China” but Thangkabalu changed it to “India will get relief from Chinese domination”.

There were many more such instances when Thangkabalu said, “feeling all over Tamil Nadu” when it was “feeling not only in Tamil Nadu”.

Towards the end, the Congress president said “I respect the people of Tamil Nadu” only see it being translated by Thangkabalu to “Narendra Modi is the enemy of Tamil people”.

Rahul Gandhi : This is why we respect people of Tamilnadu

Translator : Modi is an enemy for the people of Tamilnadu.

Rahul Gandhi himself came up with misleading statements. He said “hundreds of people died and many districts were destroyed in the cyclone and I visited the state” but which cyclone is he referring to?

Loss of life were minimal when cyclones struck Tamil Nadu coast in the last two to three years, while no district was destroyed in terms of what the Congress president would want people to believe in.

The crowd wasn’t impressed, though some in the crowd applauded Rahul Gandhi’s 'Made in Tamil Nadu' mobile phone, clothes remarks. Maybe, they are unaware that Tamil Nadu has been producing mobile phones for years now, starting with Nokia and Foxconn, while garment manufacturers from Tirupur have been shipping out their wares to the likes of Walmart and Target.

So then, the Nagercoil public meeting was more of a ‘comedy of errors’.