Mahagathbandhan Is Now An Alliance Without Allies, What Will The BJP Do? 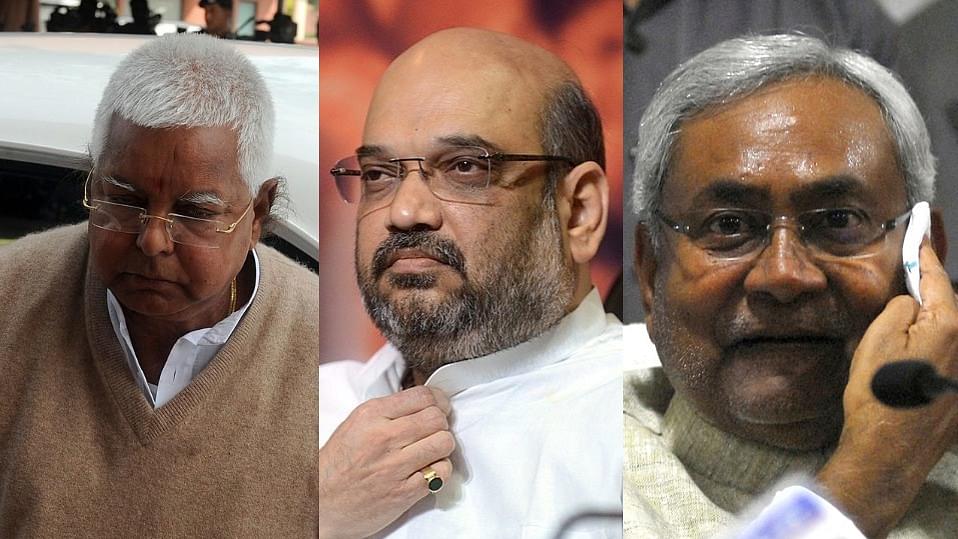 Yesterday, the Indian Express carried a story about a remarkably crass statement made by Rabri Devi-the former Chief Minister of Bihar. When an intrepid reporter asked her a question about the Bihar Chief Minister Nitish Kumar’s support for demonetisation, she retorted sharply by saying-‘Modiji [Sushil Modi] Nitish Kumar ko uthakar le jaaye aur apni bahan se shaadi karwa lein’. The statement per se is not really a departure from what we have come to expect of the Lalu Yadav clan in the past. Having said that, it is important to understand and appreciate the reason why a question, that should ideally have been expected, elicited such a strong reaction from Rabri Devi.

It is well-known that tensions between the Chief Minister and Lalu Prasad’s RJD have been rising lately. There is widespread criticism of the government’s performance on the law and order front. The likes of Shahabuddin-the dreaded Don of Siwan and other RJD notables have very clearly stated that they don’t feel that the Bihar Chief Minister deserves the post that he has been occupying.

As a matter of fact, the constant sniping between the two alliance partners is eerily reminiscent of the situation in 2013 in the run up to the Lok Sabha polls when tensions were rising between the BJP and the JDU. Lately, Nitish has also been sparing in his criticism of Narendra Modi. Not only has he lauded the demonetisation initiative, he is also part of the organising committee of the centenary celebrations of Deendayal Upadhyay- one of the towering leaders of the Bhartiya Jana Sangh in the 1960s. If the grapevine is to be believed, Prashant Kishor has also been instrumental in arranging a meeting in Delhi between Amit Shah and Nitish.

The big question on everyone’s mind is this: is something brewing between Nitish Kumar and the BJP and if yes, then is the Mahagathbandhan endangered? (Keep in mind that the Congress party’s legislative party leader Ashok Chaudhry has also openly stated that had it not been for the instructions of the High Command, the Mahagathbandhan would have broken up already). Let us game the possible scenarios from the point of view of all the major players (Hint: There are only three and the Congress party is not one of them):

(i) From Nitish’s point of view, exiting the Mahagathbandhan and inducting the BJP’s legislators into the government makes sound political sense. He realises that the RJD’s policy of grim toleration towards him is not likely to last too long and with every brazen incident of crime, his popularity with his core constituency takes a hit. If he does go back to allying with the BJP, it would boost his national profile and he might even be able to get a couple of ministerial berths in the Central Government. Furthermore, by keeping the state BJP in a relatively subservient position, compared to 2010-15 (The BJP’s tally of seats is just about 54 as compared to the 90-odd that they managed in 2010), Nitish can effectively check the party that has the greatest long term potential to upset his applecart. In the light of all this, his overtures to the BJP and Narendra Modi make perfect sense. At some level, he also feels that it is in the interests of Amit Shah and the Prime Minister to scotch the growth of an independent state level leadership of the BJP in Bihar in order to retain their own grip over the party and government.

(ii) Lalu on the other hand has no option but to grin and bear it. He knows that his children are not experienced enough to deal with administrative challenges on their own. Furthermore, his Yadav vote bank is being dented in every successive election by the BJP. He also realises that even if all the three major players were to contest a midterm poll independently, he would be a not so close second to the BJP. In this view of the matter, as he memorably stated earlier, in the run up to the Vidhan Sabha poll, he has no option but to drink from the poisoned chalice. He may get party notables and criminals affiliated to him to rave and rant against Nitish Kumar every now and then but at the moment, it is just not in his interest to upset the Mahagathbandhan because as of today, this is the best that he can do for himself and his family. This is not to say that he shall miss any opportunity to cut Nitish Kumar to size.

(iii) Finally, it is only the BJP that is confronted with a difficult choice. It is no secret that quite a few BJP leaders in Delhi as well as Patna have a soft corner for Nitish Kumar. It is also true that the BJP and Nitish Kumar had worked shoulder-to-shoulder in rebuilding Bihar after the unqualified disaster of the Lalu Prasad years. If the BJP does not align with the JDU and accept a subservient position now, there is always a possibility that it might have to confront a Mahagathbandhan even in 2020. However, the BJP leadership seems to be less than confident about the ability of their cadre to prevent the MGB from doing an encore. In the short run, accepting a relatively subservient position now, in exchange for Nitish Kumar’s full cooperation at the Centre does make sense and I would not be surprised if the BJP does indeed respond to Nitish Kumar’s overtures. Having said that, in my submission, if the BJP does align with the Bihar CM, it can kiss its long term prospects in the state goodbye and in the long run such a strategy would also be inimical to the BJP’s national prospects.

Manyavar Kanshiram once famously said: ‘pehlaa chunaav haarne ke liye, doosra haraane ke liye aur teesraa jeetne ke liye’. If one were to examine the results of the last election closely-the first one that the BJP contested in rump Bihar as one of the two primary contenders for power, one would realise that the BJP is somewhere between stages one and two. Furthermore, if one were to take the long view of Bihar’s electoral history over the past twenty years or so, the inescapable take away is the laboured but inexorable rise of the BJP, despite the fact that its strongholds in south of Bihar were carved out of undivided Bihar to form Jharkhand, and the terminal decline of caste satraps like Lalu Prasad Yadav. Lalu who once used to win elections on his own steam is now reduced to aligning with the adversary who left no stone unturned to send him to jail just so the BJP can be prevented from coming to power. The 2015 vote shares also tell a story.

The combined vote share of the two socialists minus the Congress party was barely a percentage point more than that of the NDA. It is only if you combine the shares of all three parties then the gap between the NDA and the others widens to a little over six and a half percent. In practical terms it means that if the NDA, of which the BJP is the main constituent now, is to win the next election, it needs a swing that is greater than three and a half percent or so. It is surely an uphill task but definitely not something that has never happened in Bihar or the rest of the country.

Furthermore, given the anti-incumbency and widespread dissatisfaction with Nitish Kumar and Lalu Prasad, there is a good possibility that the BJP might be able to bridge the gap in 2020. In this view of the matter, it might not be the wisest thing to sacrifice potential long term gains for dubious short term benefit. As Franklin Delano Roosevelt famously said, ‘the only thing that we have to fear is fear itself’. The BJP needs to rid itself of the fear of loss of power in 2019 or 2020 and march on confidently. There is no reason to believe that much has changed with Nitish Kumar.