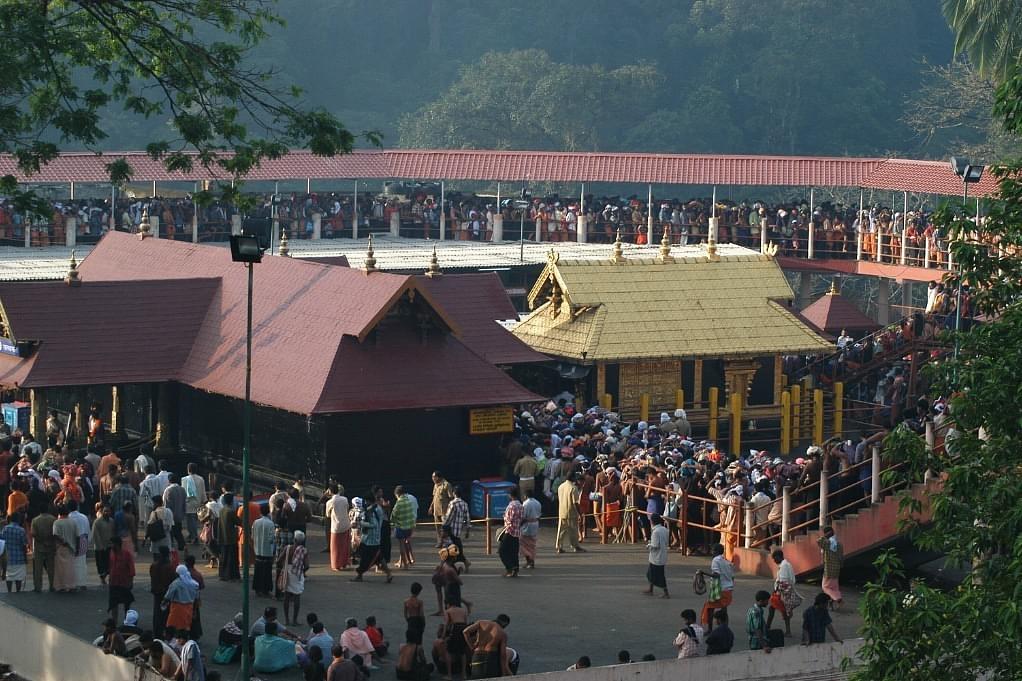 Clearly, the Supreme Court is not going to play to the Bharatiya Janata Party’s (BJP’s) timeline on the Ram mandir in Ayodhya, as its decision to delay hearings till January shows. If anyone in the BJP thought this was going to happen before the 2019 elections, they must have been delusional. To expect the Supreme Court – in fact, any court – to decide such a hugely contentious issue just in time for an election would be damaging its own credibility. If the verdict went one way, it would have been accused of pandering to majoritarianism; if it went another way, it would have angered the Hindus. A compromise solution would have satisfied nobody, and more review petitions would have been filed.

The BJP is actually focusing on the wrong mandir: its priority should not be the Ram mandir, which can come in its own time, but Sabarimala. Its watchword for the coming elections should be Mandir Bachao, rather than Mandir Banao.

It is foolish to talk about a mandir that does not exist, when thousands of others in southern India face an existential crisis, thanks to state meddling in them. Sabarimala is Exhibit 1. If this mandir is saved from “secular” marauders, the remaining thousands of Hindu temples now under state control can entertain some hope of freedom some time in the not-too-distant future.

The BJP is fooling no one by its stand on Sabarimala – leave alone Ayodhya – when all it has words to offer. Two days ago, party president Amit Shah, in Kannur to open a party office, said that if the state government of Pinarayi Vijayan continued to harass Ayyappa devotees, who have been arrested by the thousand, the BJP would not hesitate to pull the state government down. He also wondered why the Supreme Court was issuing unimplementable orders, and how it decided that one fundamental right (article 14) could override another (articles 25-26, the right to religious freedom and practices).

However, there is no way Shah can pull down the Kerala government. And Vijayan has neatly turned the tables on Shah by asking whether he was threatening the state government or the Supreme Court. He is using strong-arm tactics and political misinformation to defeat the protestors, who are backed by the BJP, among others. One line of attack is to reduce the Sabarimala protests to a mere BJP/Rashtriya Swayamsevak Sangh ruckus. Another is to insidiously claim – and this may well work with Ezhavas and Dalits – that today women are barred from Sabarimala, tomorrow other castes too could be.

If the BJP really wants to win this contest of political, legal and social wills, and also fight the misinformation, it clearly has to take the battle to the Supreme Court before Vijayan changes the status quo in Sabarimala unilaterally – by pushing women in the 10-50 age group using the police, and imprisoning thousands before the temple opens on 17 November.

According to reports, more than 3,345 protestors have been arrested and 517 cases registered across Kerala by the Vijayan government. This must be one of the most draconian steps taken by any state government for preventing genuine devotees from protesting. So much for religious freedom in Kerala. It exists only for the state to harass believers in Swami Ayyappa – or Hindus in general.

If Shah wants to spike Vijayan’s guns, he has no option but to get the central government to move a plea in the Supreme Court calling for a stay of its September verdict on Sabarimala. It must also seek restraint orders on the Kerala government to force it to release devotees. The Kerala High Court did issue such a warning to the state government, but Vijayan will not listen unless these orders come from the Supreme Court. After all, he can claim he is only implementing what the highest court decreed.

Shah and the BJP will be judged not by their statements, but by strong legal and other interventions to prevent a Sabarimala breach by cultural vandals in the name of gender justice and equality.

It is odd to talk about a mandir in Ayodhya which won’t get built for years, and do nothing more than offer sound-bytes and verbal threats for a temple under siege by atheists and rogue activists who are probably not devotees by any stretch of the imagination.

The Communist Party of India (Marxist) has vowed revenge for being prevented by protestors from allowing the non-believers in when the temple last opened; the next time, Vijayan will make sure that there is no protestor around to prevent them.

Shah will have to win this test of wills first. Pehle mandir bachao, phir mandir banao. The BJP’s pathway to the south will be opened if it wins this contest.