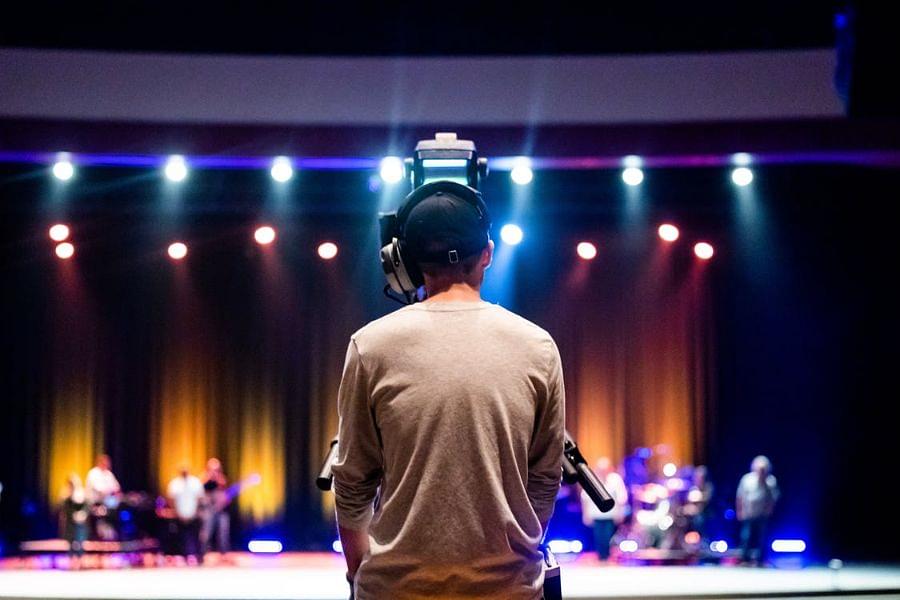 Manipur’s capital Imphal witnessed a unique event very recently: an international film festival, the first-ever in the state. Not because the northeastern state that shares its eastern border with Myanmar lacks film buffs--there are actually legions of them--but because a festival like this would have been unthinkable till very recently.

The five-day ‘Eikhoigi Imphal International Film Festival’ that drew to a close a couple of days back was, thus, more than just a mere film fest. It was a landmark event that signalled the paradigm change that the state has undergone since the Bharatiya Janata Party (BJP) came to power in 2017.

Five years ago, holding such a film festival in Imphal would have been unthinkable. Living under the shadow of the gun--the state had been wracked by insurgency since the late 1970s--film festivals and such events remained in the realm of impossibility. In fact, even marriages and social and religious occasions were always sombre and subdued with no open or loud celebrations.

Life was very difficult in Manipur ever since it was gripped by insurgency. The cycle of violence seemed endless and apart from the fear of militants, the common citizenry remained terrified of security forces who often committed horrific excesses, including cold-blooded shooting of innocent civilians. A substantial part of every person’s earnings went to the coffers of the militants and there were restrictions on movement across the state.

To make matters worse, the state was devastated by ethnic strife that created deep schisms in society and often resulted in debilitating shutdowns that caused huge economic losses, affected livelihoods and threw normal life completely out of gear for weeks and even months at a stretch.

Deaths and devastation had become a way of life for people of the state. Corruption was endemic and a toxic politician-bureaucrat-contractor-militant nexus thwarted development and social welfare projects and also made corruption endemic. A large portion of the state budget used to be syphoned off by politicians, bureaucrats and militants, leaving little for the people.

Dark clouds, thus, hovered over Manipur and the people of the state became hostage to violence, uncertainty, corruption, lack of development, a dilapidated infrastructure, a nearly non-existent healthcare or education system, collapse of all state institutions and gross misgovernance.

This being the state of Manipur, people of the state would remain indoors after dusk. Streets used to be completely deserted after dusk with only gun-toting police commandos and paramilitary personnel patrolling them. Markets and offices used to close down late afternoon and even senior politicians with their heavy security details would be wary of venturing out in the evenings.

The climate for holding an event like a film festival, thus, simply did not exist in Manipur. The state had rarely seen any fairs or exhibitions, and all the more because there was little to celebrate or people to be happy about.

All that changed with the BJP coming to power in the state in 2017. “The first thing we did was tackle militancy and usher in peace. We asked the army and paramilitary forces to deal with insurgents effectively and gave them a free hand to curb insurgency. At the same time, we reached out to insurgent groups and prevailed on them to give up arms and sit for peace talks,” said Power Minister Thongam Biswajit Singh.

Singh, who is the virtual number two in the state council of ministers, told Swarajya that along with tackling insurgency, the BJP government also addressed issues that bedevilled relations between ethnic groups of the state. “There were a lot of misunderstandings that were cleared. A lot of grievances harboured by the tribals in the hill districts stemmed from the perceived lack of development of their areas. We pushed for equitable development of all parts of the state,” he said.

“Under the guidance of our Prime Minister, we fast-paced development works and ensured transparency in the awarding of contracts, in government recruitments and spending of funds for development and social sector projects. That bridged the trust deficit that used to exist between the masses and the administration. We weeded out corruption,” Chief Minister Nongthombam Biren Singh told Swarajya.

“It needs more than just an end to violence for normalcy to take roots. Grievances of people must be addressed, good governance has to be ensured, equitable development has to happen, institutions must be made to deliver, corruption has to end, public infrastructure and development projects have to be fast-tracked, welfare schemes should reach the intended beneficiaries. We were determined to do all this in our first term,” the Chief Minister said.

The result of all that work has started bearing fruits. And one of the fruits is the film festival which got a record number of footfalls. “Movie screenings went on till late evenings and the auditoriums were full. People walked back home after the shows. That in itself illustrates the dramatic transformation that has taken place in Manipur recently,” said Biswajit Singh.

The success of the film festival has spurred demands for more cultural festivals. A literary festival is now being planned, and proposals for national level theatre and other festivals, a tourism fair and other such events have been received by the state government. Also, the state government is planning a business summit to showcase Manipur as an attractive investment destination.

Also Read: Manipur 2022: How A Push For Peace And Progress Yielded Rich Dividends For BJP