Many Undeserving, Why Target Jats? 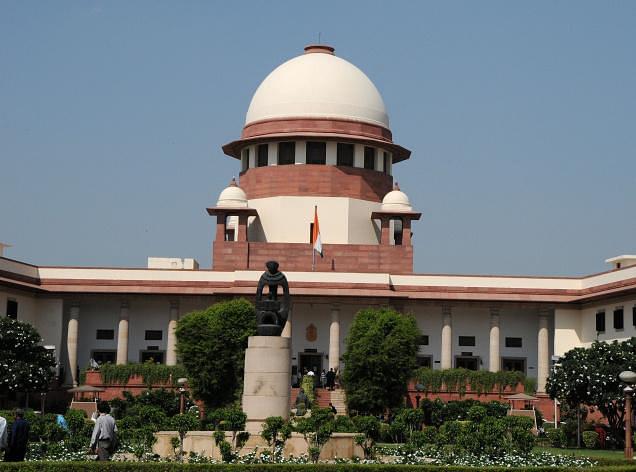 Quota hardly reaches those who are really socio-economically backward. But if it must exist, Jats of the non-creamy layer have a legitimate right to a share of the pie.

The Supreme Court, in a crucial judgement, revoked the Centre’s notification to extend reservation under OBC category to the Jat community in nine states. How will a young mind receive this? Or, must one ask whether the youth have a choice of opinion anymore? Should the general candidate be happy at the repeal? Or should a confirmed OBC rejoice at  not having to share a piece of the cake? Or a ‘20 something’ Jat in his/her ancestral farm, somewhere in the hinterlands of Haryana, be appalled and angry at these sudden twists of his already bleak future? Should he mourn the terrible state of affairs of the country? Or, should he weep his heart out at the way this cricket-crazy country failed him yet again?

Heart-rending self-immolation by students observed during the Mandal years is surely not an option. Or maybe some people (the luckier ones, with better finances) from each of the above categories will get sick of this mess and consider flying abroad for better education and opportunities.

It is known that the Constitution makes provisions for the backward classes, which includes the Scheduled Castes, Schedules Tribes and the Other Backward Classes (OBCs). The Kalelkar (1955) and Mandal (1979) Commissions were constituted for this purpose itself. The Mandal Commission saw massive opposition from almost all quarters, but VP Singh’s government doggedly pursued the cause. The provision actually sneaked in under PV Narasimha Rao after Singh’s government fell and Chandrashekhar’s short-lived tenure had other priorities. Needless to add, the provision has stayed intact since then and kept including new castes till recently in the OBC category in different states. The apex court did not object to this decision and accepted it as a welfare move, going by guidelines of the Constitution.

The aim of empowering the ‘suppressed’ masses and correcting the ‘injustice of the past’ got disconcertingly meddled with injustice of the future. The 50 per cent quota in all our government institutions means more than 50 percent inefficiency in our systems. And that can be explained with a simple example:

Our grand central education institutions like the Delhi University reserves around  50 per cent ad hoc teacher positions for SCs, STs, OBCs and the physically handicapped. There is cut-throat competition among the general candidates, but the administration has to hunt down special category candidates and offer them jobs. This not only puts inefficient people in positions of importance but also snowballs into a state of apathy, which only accentuates from one recruitment drive to another. And if even this is not a problem for a system that is ready to sacrifice so much to apparently correct the ‘injustice of the past’, one may ask why there aren’t enough category candidates for the reserved jobs. The simplest answer is that the benefits of the quota system are not reaching the people and numbers they were aimed at, except in rare cases.

The quota has been unsuccessful in generating enough qualified candidates, leave alone efficient candidates. I happen to know children of many IAS officers availing reservation, whereas I have hardly ever met an impoverished category colleague whose life changed with the reservations, except at the lowest of positions in the hierarchy of our system.

Clearly, the reservation system has managed to keep the hierarchy in most cases, with the uplift of the so-called backward classes being limited to the bottom of the system. What the quota system is doing here is creating a condition of inefficiency throughout the country with limited help to the ones who actually need it. Who or What should be blamed for this failure of the real aim? The flaw that shines out the most is the statistic of the criteria for recognition of a caste as an OBC, SC or ST.

There is no contest here to prove the reservation system as unjustifiable or otherwise. But, the system is not only a failure in the long-term planning for India, it is also a tragicomedy of sorts for this developing and ambitious country and its people. We have been fooled or forced to participate in this act. The attempt at parity has only led to more disparity in some direction or the other. We are far from creating an egalitarian society as has always been claimed to be the aim of the reservation system.

But let’s not talk utopia for now because the government is in no mood to end all reservations or do a more effective implementation of affirmative action. In this scenario, let’s discuss the scenario of Jat reservation.

Jats were provided a place in the Centre’s OBC list in 2014, bypassing the National Commission for Backward Classes (a permanent statutory body that considers inclusions in, and exclusions from, the lists of castes notified as backward, for the purpose of job reservation, and tenders the needful advice to the central government).

The provision for Jat reservation was passed in Parliament by a rare show of unity between the then-ruling UPA and the opposition, NDA. The move gave hope to Jat students who have been living a life of despair with limited opportunities.

But again, the question here isn’t whether the quota was deserved or not. Government will tell you: if more than some percentage of a people be found living in some ‘percentage’ of misery; only then will it commission their uplift. It is equivalent to saying we classify the holocaust as a horror only because the number of victims was eleven million!

Jats, like a lot of other castes in rural areas, are an agricultural and martial caste settled predominantly in Haryana, Rajasthan, Delhi and Uttar Pradesh. Their occupation from time unknown has been agriculture. Haryana has never been prosperous since the Indus Valley Civilisation. Post-Independence, Haryana saw crippling and hard hitting poverty. The ‘agricultural’ state has no permanent rivers for irrigation, and it survives on johadds (one or two small ponds in each village) and a canal system. In this state of affairs, the caste has passed on the difficult farming conditions from one generation to the other. A lot of them serve in the Army as well. Further, India has not acquired any new land since its last consolidation, leaving no question of expansion of farmland.

On the other hand, per-capita land holdings in the farmer community are ever-decreasing, as land passes from parents to their numerous progeny (Jats have strong patriarchal views, which are slowly changing towards the progressive). Farmers mortgage their lands to take loans and marry their daughters off. Moreover, what the NCBC and others see as riches acquired by selling off lands was a short term phenomenon limited to a farmers in the National Capital Region, where fields were sold at sky high prices to accommodate the who’s who of Delhi. This picture is not limited to one caste (Jats) of one state (Haryana). There are plenty of such people across this budding country.

But why at all was this agriculturally functioning land sold? Because successive governments failed to do any justice to the farmer caste. As a matter of fact, the projection is a tragic one implying that no government has ever been able to help those who have toiled and fulfilled their small necessities of life by availing pathetic loans from local moneylenders in the past, and from banks in contemporary India.

Jats, in particular, still suffer through the age-old system of infamous khap panchayats, which have been denounced for their regressive decisions. Any help that the community ever received was restricted to a few dynamic Jat leaders of the past. Ever since, the only welfare and evolution this agricultural set might have seen has come from within the closely knit fragment of villages, their panchayats, the notorious jugaad and, favouritism. In the face of fundamental shortages, the desperate need for employment opportunities gave rise to instances of corruption like the JBT (Junior Basic Trained teachers) scam, which got Om Prakash Chautala in jail as he was found guilty of receiving bribes for jobs.

So what we have here is a not a passable sequence: a community still thriving on antiquated ways of living, patriarchal suppressions, the discreditable khap panchayats, and absence of land reforms — pushing them to the brink of poverty and disagreeable socioeconomic conditions, with little hope for job opportunities. Land reforms have been negligible and government initiatives of livelihood piecemeal. These conditions are not limited to the Jats, though.

Given this scenario, Jats were given reservation in government jobs with a bar on their income to differentiate between the creamy and non creamy layers. How was it unjustified in the scenario where other communities with similar or even better conditions are availing the reservation on the same criteria?

The NCBC allowed itself to be absolutely confounded about the community by limiting its view to the Jats of Delhi who have benefitted from land prices. Should the NCBC bother to get over its lethargy and look at the plight of Jats in Panipat, Kurukshetra, Karnal, Hissar, Jhajjhar, Fatehabad, Sirsa, Rewari and Mahendragarh, it would opine otherwise.

The Supreme Court quashed the quota with the verdict that  Jats are politically organised, and thus they do not require the attendance of a reservation for uplift.  Well, had the Jats not been organised, Haryana would have reduced to a state of anarchy because of all the dissenting forces that have been created out of neglect and underdevelopment of the state. A country like ours, confronting Maoist tragedy and terrorism in more than 60 districts in central and eastern regions on a daily basis does not need to be reminded that the red movement brewed in impoverished farmlands. The political organisation of Jats is a deterrent to their spiralling into yet another peasant movement, which will not be a harbinger of prosperity as is being disastrously thought.

As a matter of fact, Shi’ah Muslims, Sunni Muslims and the Yadavs of Haryana and Uttar Pradesh are politically organised as well. So, quash their minority and backward class status, too!

The Mandal Commission was received by self-immolation of students on the streets. Yet, successive governments accentuated the trouble by distributing quotas like sweets. If we have reached this point of reversals and corrections, the Supreme Court and government should scrap the whole Mandal report and make things equitable between all.

But, if the judiciary assigns or denies reservation to communities based on a shallow research and reason, the issue will be contested in the streets, between the youth and the government, both for and against, and with consequences. It is time to look deeper into the abyss that we created for ourselves back in the juvenile phase of our country before setting out to correct the past.