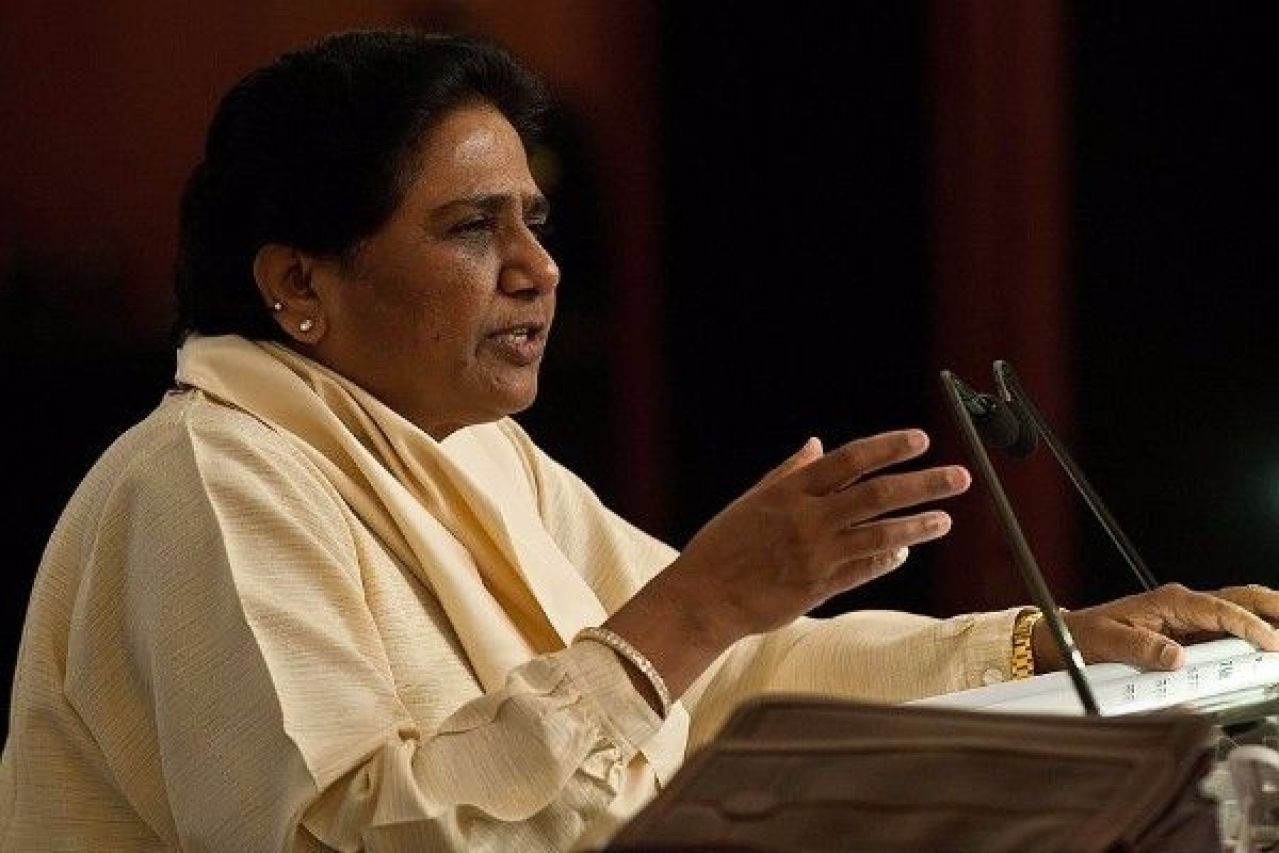 After being unable to win a single seat in the 2014 Lok Sabha elections and managing just a measly 19 seats in the 2017 Uttar Pradesh assembly elections, Bahujan Samaj Party (BSP) is fervently hoping to salvage its prestige in the forthcoming Lok Sabha elections. But despite an alliance with Samajwadi Party (SP) and a clear advantage in terms of seat share and winnability, there seems to be no end to the party's woes.

Ramesh Bind, a three time MLA from Manjhwa, who had been working on Mirzapur Lok Sabha seat has left the party after the seat fell into SP's share. BSP’s Hathras unit has been substantially weakened after half a dozen senior functionaries left it, after the seat moved to the SP kitty. Manoj Soni, who was promised the BSP ticket from Hathras, has been shifted to Agra, only to create a major unrest in the party's Agra unit.

Former BSP Lok Sabha candidate and long-time loyalist Advocate Kunwarchand has been expelled for protesting the nomination of Manoj Soni, who is seen as an outsider. Alongwith Kunwarchand, two other senior functionaries Devendra Chillu and Dr Bharatendu Arun have also been expelled for anti-party activities. Dr Arun was expelled within 24 hours of his elevation as zonal coordinator. Soni's candidature was opposed by putting up hoardings in the city.

The candidature of ‘outsiders’ is causing widespread resentment in BSP all over Uttar Pradesh. In the Fatehpur Sikri constituency, three former BSP MLAs, Bhagwan Singh Kushwaha, Dharampal Singh and Surajpal Singh, joined the Congress after ‘outsider’ Rajveer Singh was given the ticket. Rajveer Singh, a marble businessman from Delhi, has held no post in the party so far.

Tickets to ‘moneybags’ have also caused deep resentment within the party. Meat exporter Fazlur Rehman from Saharanpur and Haji Yaqub from Meerut are facing hostility of the local BSP cadre. In open defiance of party's top leadership, local BSP leaders called a press conference and claimed that Yaqub was a Congress man and that his candidature will discourage Dalits from voting for BSP.

The unease among the BSP cadre stems from his past conduct. Yaqub had passed derogatory remarks against Mayawati. He had also tried to break 40 BSP MLAs from the party in the past.

BSP has seen the most desertions in the last two months. Newspapers are full of reports about former MLAs, ministers and MPs leaving the party. There have been a large number of desertions in the party's Agra, Aligarh, Meerut, Hathras, Sant Kabir Nagar and Roorkee units.

Those leaving the party are not just caste heavyweights like Thakur Jaiveer Singh, Chaudhay Mahendra Singh or Mukul Upadhyay, but many from Mayawati's own Jatav caste, the core support base of BSP. Former MLA from Agra South, Gutiyari Lal Dubesh, former MLA from Hathras Gendalal Chaudhary, two-time MP from Mohanlalganj Reena Chaudhary and former minister from Kanpur, Satish Pal, are some prominent SC faces who have left the party.

One of the major reasons behind the exodus from BSP is the number of politicians, who join and leave the BSP, seasonally. Mayawati herself has fostered a culture where leaders are thrown out abruptly. This has resulted in a political climate where most leaders in current UP politics have their origins in BSP.

For instance, all the three prime contenders in Sitapur — sitting BJP MP and the current nominee Rajesh Verma, Congress candidate Kaiser Jehan and Satish Chand Mishra's associate Nakul Dubey have been associated with the BSP in the past.

Frequent change of candidates has also resulted in confusion among the cadre. In her home constituency Gautam Buddh Nagar, Satveer Nagar is the fourth candidate Mayawati has changed. It has been the same story in Bijnor, where Ruchi Veera was made the in-charge after expelling Iqbal Thekedar, who was the prabhari until then.

In a comic turn of events, Iqbal was once again nominated only to be replaced at the last moment by Malook Nagar, a Gujjar candidate. After a widespread campaign was undertaken seeking Ruchi Veera's candidature she has now been accommodated in Aonla constituency.

Goon and mafia politicians, action against whom was once Mayawati's major electoral plank, are back in the party and discourage the cadre further. Afzal Ansari, brother of mafia don Mukhtar Ansari, who is contesting from Ghazipur and Sultanpur candidate Chandra Bhadra Singh Sonu have raised the hackles of BSP supporters.

While the two Ansaris were thrown out of the party by Mayawati a few years back, Chandra Bhadra has several cases including murder, extortion and SC/ST atrocities slapped against him. Incidentally Kamla Yadav, wife of revenue official Ram Kumar Yadav, for whose murder Chandrabhadra Singh has been charged, has been fielded by Shivpal Yadav's Pragatisheel Samajwadi Party.

Due to her highhandedness Mayawati has buried a whole set of second line leadership within the party. She has not groomed any young leaders. Devashish Jararia, who was prominently visible on TV shows as BSP's young face also has been expelled from the party. Jararia has blamed Mayawati for her insecurity with new Dalit faces.

It, therefore, remains to be seen, that with contract candidates and without a second rung leadership, how does Mayawati ensure an enthusiastic voter turnout.