Meerut College Closes Internal Inquiry After Complainant Fails To Show Up For A Week, Revokes Suspension Of All 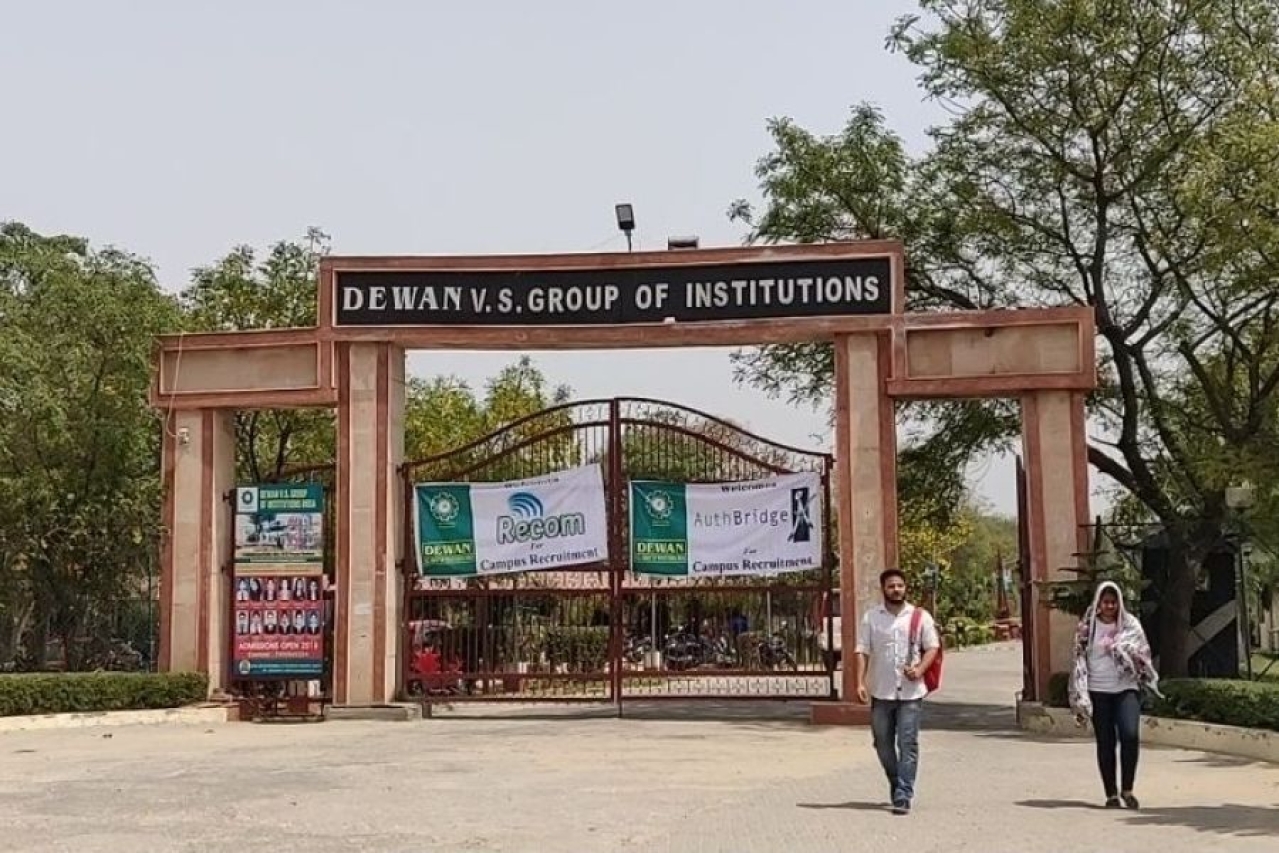 On 4 April, a law college in Uttar Pradesh's Meerut district received a written complaint from a first-year LLB student that she was sexually harassed on a day-long college tour two days ago.

The complainant named two male students from her batch, and stated that she was "molested" on the moving batch ferrying 54 other members to and back from Agra, which was a four-hour journey on one side.

Executive director Colonel (retired) Dr Naresh Goyal of Dewan VS Group of Institutes, immediately forwarded the matter to the women grievance cell and formed a four-member committee for an internal inquiry. It also issued suspension letters to the two accused pending inquiry.

The college put a Muslim faculty in the committee as the complainant had said in a series of tweets the previous evening that she was targetted for being a Muslim after she refused to wear caps bearing symbols of the Bharatiya Janata Party (BJP). This claim, however, did not feature in her written complaint to the college.

A week later on 10 April, the college closed the inquiry and revoked the suspension of the two students named in the complaint, Swarajya has learnt.

Dr Naresh Goyal told Swarajya, "We made multiple calls to the complainant to appear before the committee and give her statement. But she never showed up. So we closed the inquiry today [10 April]."

Goyal said that since four faculty members dedicated to the job were wasting their time, waiting for her to turn up, the college had no option but to take the decision.

Goyal explained his reasons for revoking the two students' suspension: "Exams are coming up. We cannot deny them their right to education. They deserved a fair inquiry, which couldn't happen because the complainant did not come." 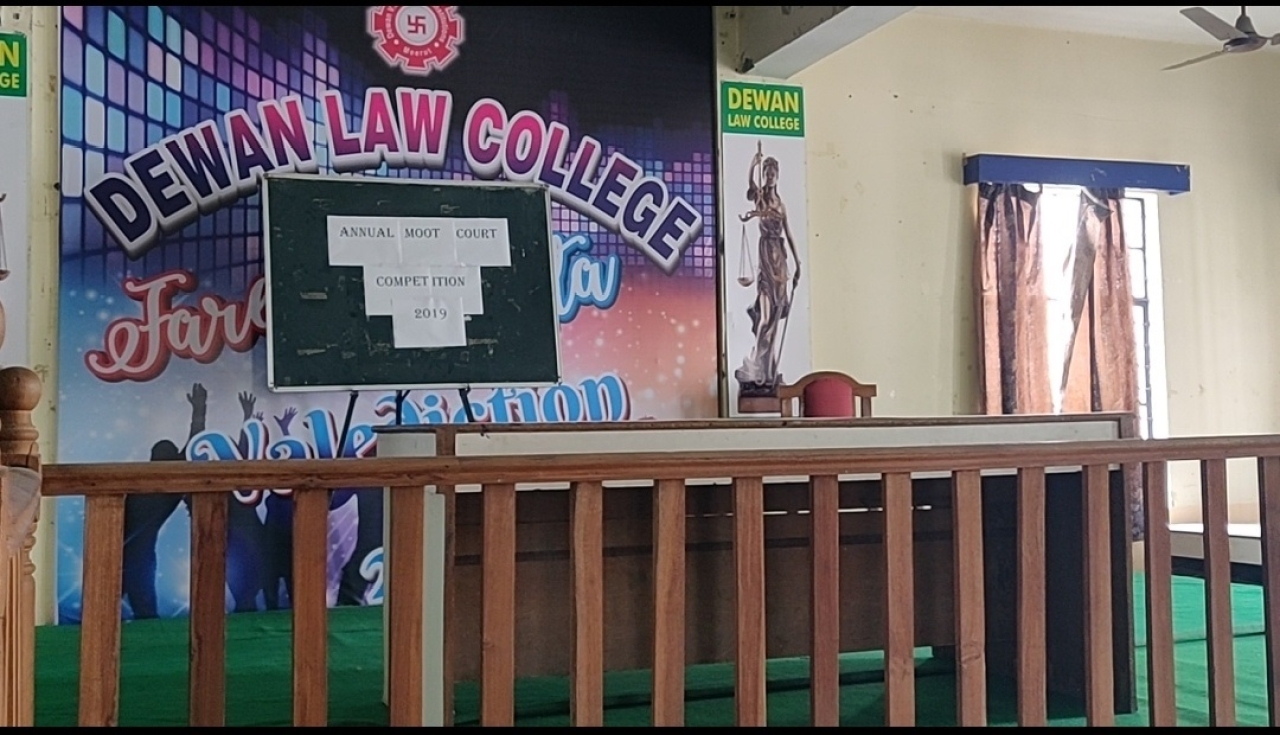 Goyal said that on 9 April, the grievance cell made yet another phone call to the complainant, but she handed over the phone to a woman. The next day, a woman and a man claiming to be the complainant's siblings visited the committee. "But we did not entertain their statement as we wanted either the complainant or her parents to come," said Goyal. "We made the siblings sign on the letter of revocation of suspension and handed them a copy."

The college is closed on 11 April due to Lok Sabha elections and will reopen on 12 April [Friday]. However, Goyal said that since there is a state-level entrance exam scheduled in the campus on Friday followed by a weekend, the college will next look into the matter on 15 April [Monday].

Swarajya spoke to one of the accused, Ankur, who confirmed that he was called to the college and given the letter of revocation of his suspension, along with the other accused. He said he would now prepare for the upcoming exams. He said that the complainant has been pressuring him to give a written apology to the college, after which she would withdraw the complaint. “But I have said no to this offer. I will not apologise for what I have not done,” he said.

While the complainant has not appeared before the committee, a public relations officer (PRO) of Meerut senior superintendent of police (SSP) told Swarajya that she met the SSP and handed over an "application", in which she has narrated her ordeal.

In the application, the complainant has said that two students, Amit and Ankur, indulged in indecent acts with her, and that a drunk Ankur held her hand without her permission and forced her to dance. The complainant complained about this to the four faculty present in the bus — Ambuj Sharma, Neeraj Gupta, Rocha Tomar and Garima Singh — but they ignored her pleas. When she went back to her seat, Ankur came with a BJP cloth and, forcibly holding her hand, asked her to wear it. Again, the four faculty members ignored this. Throughout her bus journey, several boys in drunken state kept on passing indecent comments on her, including Amit and Ankur, and made her their specific target.

Earlier in the application, the complainant said that she was the only Muslim woman student on the bus. The complainant also said that she was feeling mentally harassed as her classmates are trying to prove that she is lying, and are spreading her private photographs and videos on the Internet. She said that a conspiracy is on to get her rusticated from the college, and that pressure was being put on her for withdrawing the complaint submitted to the college (translated from Hindi by Swarajya).

The PRO said that the complainant refused to register a formal police complaint which could be converted into a first information report (FIR). “She said she did not want to escalate the issue,” the officer said, and requested not to be named. He declined to speak on the police’s further course of action.

Swarajya has earlier reported that none of what the complainant has claimed in her tweets, complaint to the college and this application, has been supported by any of the 50-odd members present on the bus.

While the four faculty members have categorically denied that the complainant ever approached them during the tour over harassment, 35 out of about 50 students on the bus have given a written statement to the college refuting her allegations completely. The students on the tour have also been protesting and campaigning against her complaint which they say is concocted. As Swarajya has earlier reported, one of the accused, Ankur, has said that she has probably done this to get even with him over their ideological differences.

"I often got into arguments with her about India and the BJP. She once called Army a bunch of rapists on social media. I called her out and she called me an 'andhbhakt' (blind follower). After a similar spat again, she tweeted that while Saudi has money, Pakistan has beauty, India only has andhbhakts. It was directed at me. In fact, on the tour too, we had differences because she kept on calling me andhbhakt," Ankur had said.

A large number of students from the batch told Swarajya said that the complainant was a "religious fanatic" who often got into heated arguments with her classmates over matters of Islam and India.

Her social media posts show that she has, on numerous occasions, publicly asked for death of "bhakts" — a derogatory term often used for Modi and BJP supporters in political parlance — and thrown gau mutra jibes at those she disagrees with.

Meanwhile, Jyoti Singh, the complainant’s classmate who is leading the campaign against what she says is a “false” complaint, told Swarajya that the students read in a local Hindi newspaper on 10 April that a cyber crime cell has identified eight students who circulated photographs and videos of the complainant, revealing her identity.

Singh was one of those who opened a Twitter account to present “the other side” of the story and shared videos of the trip that showed the complainant smilingly dancing in the bus.

“We are very worried. We only shared videos from the tour that we routinely put out on all other social media platforms,” said Singh. “It’s strange if the police takes action against us for revealing her identity when it was she herself who went public with her allegations using her public social media account. “Her name and pictures have been published in the media right from day one and she has happily retweeted those reports. Where is the question of us revealing her identity when it was not hidden by herself?” said Singh.

Swarajya could not verify the news of the cyber crime cell by the time of publishing this report.

Get Swarajya in your inbox everyday. Subscribe here.
Tags:
Shares