Minor Hindu Girl Who Eloped With Muslim Man Returns To Parents After Three Years, Accuses Him Of Hiding Identity And Forced Conversion 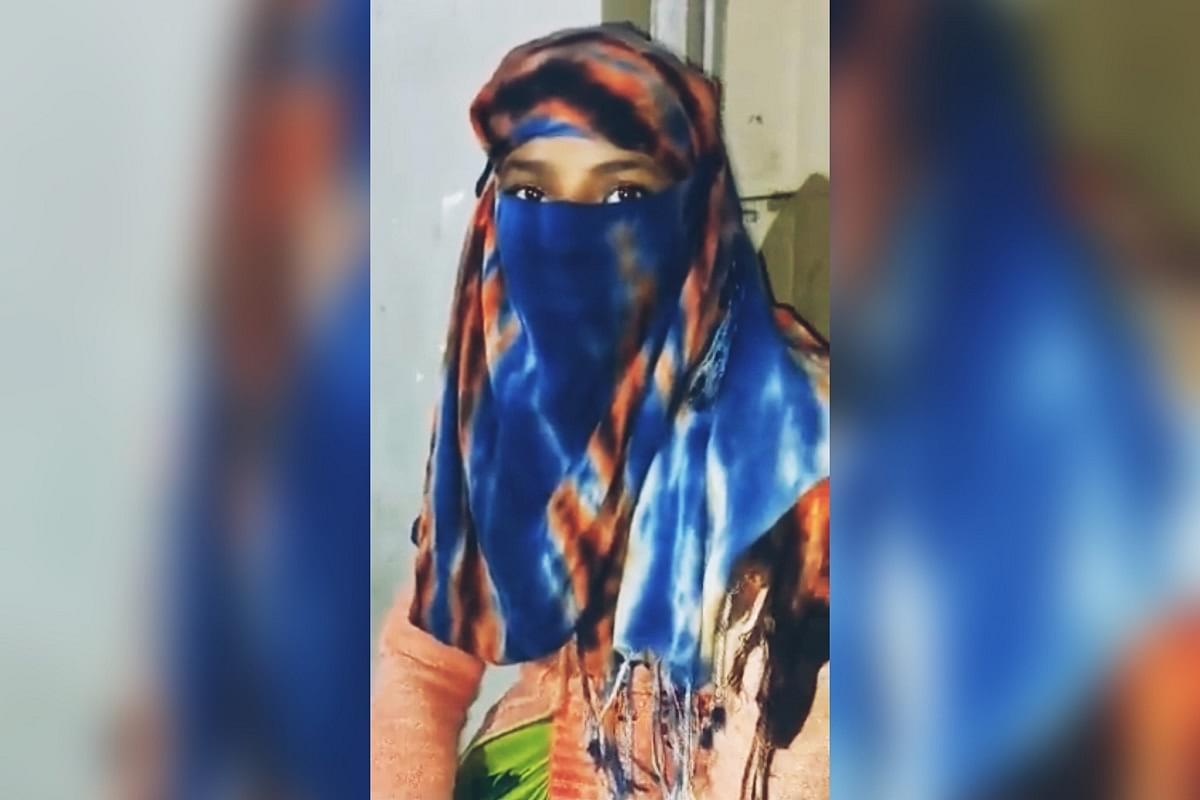 In yet another such case, a Hindu woman has accused her Muslim partner of fraud and forced conversion.

The woman from Uttar Pradesh’s Hamirpur district eloped with the man three years ago when she was a minor, but now has returned to her parents. She filed a police case against him 10 days ago.

She has accused the man of trapping her after pretending to be Hindu and later forcing her to convert to Islam.

The police have arrested the man, along with his brothers on various charges including rape and sexual assault on a child.

The girl is a native of Maudaha city in Uttar Pradesh’s Hamirpur district.

The same day that a first information report (FIR) was filed based on the victim’s statement at Maudaha Police Station, the official Twitter account of Hamirpur Police posted a video statement by Hamirpur Superintendent of Police (SP) Kamlesh Dixit, saying the accused would be arrested soon.

An accompanying text statement put up by the police said they had received a complaint from a woman that a man named Abdul Mobin befriended her after lying that his name was Rajesh Yadav and made her elope with him.

The woman’s statement says that when she was in Class XI, she began talking to a man over the phone. He introduced himself as Rajesh Yadav. As she was minor and gullible, she fell in his trap.

On 9 January 2018, she eloped from her house. The man made her stay with his sister-in-law in Balrampur (around 300 kilometres from Hamirpur). After a few days, she discovered that the man was named not Rajesh Yadav but Abdul Mobin.

After her disappearance, her family gave a complaint to Maudaha Police Station on 10 January 2018, but the police made no efforts to recover her.

Abdul made sexual relations with her against her will. He made her convert to Islam, changed her name to Aisha Mobin and fed her meat to 'destroy' her faith. After about two weeks, he took her with him to Mumbai.

On 25 December 2018, she gave birth to a son. After childbirth, Abdul’s behaviour changed for the worse. He began to beat her up over trivial matters. He prohibited her from going out of the house. He also stopped her from offering prayers as per her Hindu customs.

One day, when she sensed that Abdul might 'sell' her off, she ran away from Mumbai and came back to her parents’ house in Maudaha.

The accused, Abdul, is a native of Balapur village in Tulsipur block of Balrampur district in Uttar Pradesh. Maudaha is around 200 kilometres from Balapur village.

Recently, a Twitter user by name of Ashish posted a video statement of the woman.

Her face covered with a dupatta, the woman is seen saying that Abdul had got in touch with her over the phone through a 'wrong number'. She says that after the two mutually made plans of eloping, he made her go to Lucknow, from where he took her to his sister-in-law’s house in Balrampur.

The woman says that when she objected to change her name for marriage, Abdul told her that was how it was done in his community.

When this correspondent contacted Ashish, he said he was a member of Hindutva activist group Bajrang Dal (an affiliate of Vishwa Hindu Parishad). Ashish said he is head of the group’s Hamirpur unit.

The activist, who said he did not use a surname, told this correspondent that on 29 November, he received a call from a colony in Maudaha that a family was pushing their daughter out of the house. When Ashish reached the spot, he found a woman standing on the street with a child, crying, surrounded by neighbours.

“I soon learnt that the woman had returned after escaping an abusive marriage with a Muslim man. But her parents were not ready to take her back. They told her she had brought shame to not only them but the entire Kumhar community. Even the neighbours were supporting the parents,” Ashish told this correspondent.

He says he raised his voice and asked the “nonsense” to be stopped. The crowd dispersed.

“I then talked to the woman’s parents and told them that they would invite consequences if they abandon their daughter like that. Though I had not specified what consequences, the threat worked. The parents agreed to keep her,” he said. The parents pleaded with him for support as they were very poor.

Ashish says he and his team helped the woman file a police case the next day.

Her medical examination was done the very next day. Her statement under CrPC section 164 has also since been recorded. As per Ashish, the woman testified to the statement recorded under her name in the FIR.

He says the woman is now a major.

This correspondent could not talk to the woman or her family directly as a call made on her phone number mentioned in the FIR said the number did not exist.

Ashish said that neither the woman nor her father is using a mobile phone at present.

It is pertinent to mention that in her FIR statement, the woman said that she had found a mobile phone lying on a road, and had bought a SIM card to use it.

On 4 December, Twitter account of Hamirpur Police posted about the first arrest made in the case — Abdul’s elder brother Mujibur Rehman, from Balrampur.

Ashish told this correspondent that his team is trying to get the woman some compensation from the state government as well a job so she can sustain herself at her parents’ house.