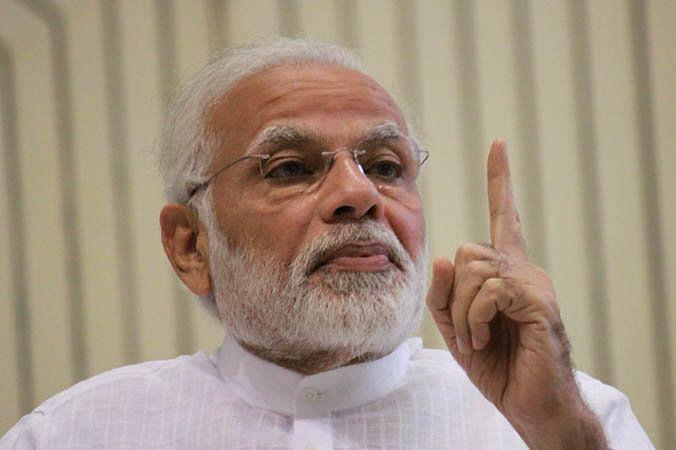 A strong argument is emerging from opponents of the one-nation-one-poll (ONOP) idea. The idea is federalism. If we opt for ONOP, they claim, we will be going against the basic structure of the Constitution, which is that of a Union of states, ie, federal in character.

ONOP will make national parties gain at the cost of regional parties, and also reduce the freedom of chief ministers to call snap elections. So, go the other related arguments that fall under the head of 'federalism'.

Take a close look, and the arguments turn out to be mere red herrings.

Let’s start with the first one, that national parties will gain at the expense of regional parties if ONOP is legislated. This is a dubious argument to make given the hugely variant results we got between last year and this year in state polls and national elections, including the two (Odisha and Andhra Pradesh) that were held simultaneously.

Second comes the core of the federalism argument. In TV debates yesterday (19 June), crocodile tears were shed about this drastic change in the basic feature of our Constitution, which is the federal structure.

The problem is with how federalism is being defined. If it means that states and Centre must always have different parties ruling them, then, yes, federalism is affected. But does federalism really mean that? Would India be less federal constitutionally if the same party were to run both Centre and many states? When BJP and the National Democratic Alliance (NDA) had a footprint in nearly 19 states before December 2018, and even now control a majority of states, were we (or are we) already less federal somehow? Was India less of a federation when Jawaharlal Nehru and Indira Gandhi ruled the country?

The federal structure will remain a feature of the Constitution, but the Constitution does not mandate that the same parties should not be ruling at Centre and states. That choice was wisely left to the voters. True federalism cannot mean denying voters the right to decide how they want to be ruled. Sometimes they may be comfortable with the same party in both Centre and states; at other times they may change their minds. And this has happened repeatedly in the past.

The real issue is whether we are tinkering with the Constitution to reduce state rights, when the trend has been the exact opposite over the last 69 years after the Constitution came into force. After the 14th Finance Commission was implemented, fully 62 per cent of national tax resources are with states. This is not going to change even after ONOP.

Third, let’s then assume that the fears relate only to Narendra Modi, who has been a powerful Prime Minister – perhaps the most powerful after Nehru and Indira Gandhi. But was any state government, including any BJP government, ordered to do this or that at the PM’s say-so? Most chief ministers did their own thing, and did little beyond paying ritual obeisance to Modi and Amit Shah. So, this argument too falls flat. A related argument is that the BJP has more resources than the others, and this means other parties, including regional parties, may be at a disadvantage. The answer to the party resources question lies not in opposing ONOP, but in electoral reforms, including more transparent funding of parties, and direct funding on candidates by the state.

An idea: why don’t parties opposed to ONOP offer Modi a deal whereby they will sign on to ONOP only if this were done? It would be a great bargain for both sides, and if Modi does not take it, he will open himself to the accusation that he is keen on ONOP only in order to retain the funding skew in his party’s favour forever.

The fourth argument made was that chief ministers can no longer call early elections, since election dates would get set in stone – either once in five years, or twice in five years. Horror of horrors, what an assault on federalism!

But is the idea of whimsically calling elections, primarily because the timing suits the ruling party, inherently an important feature of federalism? Is democracy not the real goal, and how are democracy or federalism inhibited by not giving chief ministers the right to call snap polls? In fact, is fairplay not enhanced when the incumbent is not given an undue advantage by being given the sole right to call snap polls? Where does federalism come into this argument?

Fifth, there is an underlying assumption that the Prime Minister will have the option of calling snap polls but not chief ministers. But, who knows, the final consensus on ONOP may well deny even prime ministers the right to call snap polls. That is a matter for bargaining before any constitutional amendment is passed.

In any event, if the ultimate decision is that a government falling mid-term can seek elections, but with a tenure lasting only till the next scheduled election dates, then chief ministers themselves may not want to risk calling early elections. They would have to work hard for a shorter tenure.

An argument that has not been made, and which has a bearing on federalism, is this: federalism is not just about Centre and states; it is also about states and local bodies. Few states are under the thumb of the Centre as cities are under the thumbs of state governments. If federalism is worth fighting for, why aren’t states taking swigs of their own medicine and devolving more power to cities and local bodies?

There is a simple way for Modi to win the federalism and ONOP arguments: offer to devolve more power to states, possibly by shifting more subjects covered under the concurrent list to them, for agreeing to ONOP. Also shift a large chunk of central schemes, and the money involved, to states.

Few states will say no to more devolution of power and money. The anti-ONOP arguments will end sooner than you can say one-nation-one-poll.