Modi Gets Media To Eat Out Of His Hands 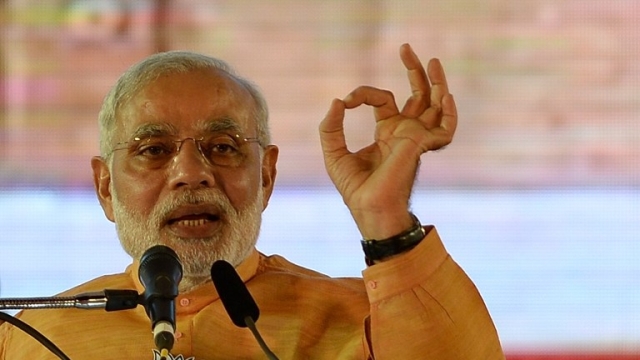 Prime Minister Narendra Modi’s media strategy seems to be working. The English language media today (5 July) was carpet-bombed with his views, most of it giving him free and extended access to readership running into the millions ‎of educated Indians, with a multiplier effect on impact.

When Modi ended his media avoidance strategy by giving Times Now a first crack at interviewing him, he got the widest possible coverage - most of it favourable, barring the occasional carping from TV rivals who lost out. Everyone saw the carping as sour grapes.

Now, Modi is reaching out to the print media by giving them controlled access. According to many of the reports filed today, Modi interacted with newspaper editors in a group and also gave them separate access in order to claim exclusivity. Though all newspapers got more or less the same replies with marginal variations, they got enough diversity to claim exclusivity. This technique ensured that newspapers given access did not use the access to rubbish him - though that will surely come later.

In his first interview to Times Now, Modi made it amply clear that media tended to bring in its own distortions into reportage. In his interactions with newspaper editors, Modi made explicit his belief that many in the media were still unwilling to give him a fair hearing. Asked what his regrets were after two years in power, he replied: “I am not sure if my answer will be to your liking. Before and during the parliamentary elections, there was a section of the media which strongly hoped that we would not win. My regret is that in the last two years I have not been able to convince or persuade that section regarding our point of view. My challenge is to win these sceptics and persuade them about our sincerity and good intentions.”

While Modi may never be able to get all of the English language media eating out of his hands, the fact that they were willing to honour his rules of engagement in the last few weeks suggests that his media strategy is working.

It’s the corporate way, or even the Bollywood way, of providing access to media. It works something like this: first, starve media of news, ‎and then open up in a limited way to ensure compliance with your rules of engagement. Then expand engagement to suit your timing. You get to decide on when and where you meet the media and also set the agenda. Film stars use this to talk about their forthcoming movies. Now Modi is doing it to announce his agenda. If enough mediapersons are willing to play ball, you have won. The carping group will be left twiddling its thumbs.