Modi Government Has Mandate And Economic Reasons For Privatisation; It Should Not Let Go Of The Opportunity 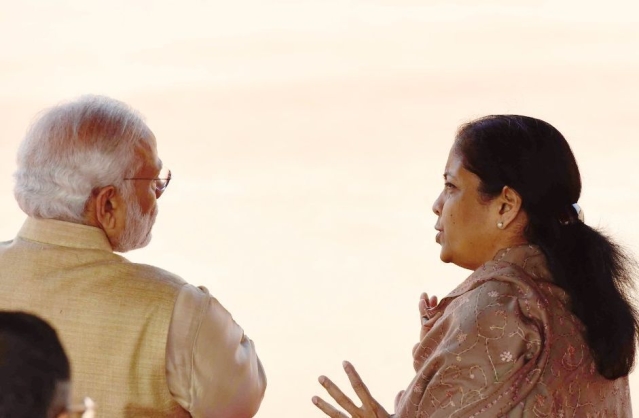 Over the last couple of days there have been several reports with respect to the government’s decision to undertake privatisation of four firms.

There is speculation regarding Bharat Petroleum Corporation Limited (BPCL) being one amongst these four companies and since then there has been a concentrated attempt to avoid the same.

We must also remember the intervention by the Congress party in Parliament house when these Public Sector Undertakings were compared to family silver.

It would be wise to remind the current leadership of the Indian National Congress that Dr Manmohan Singh had mentioned how the coalition government had limited his options including the one of privatisation.

We are a coalition government, and that limits our options in some ways. Privatisation happens to be one such area. As somebody said, a politician before he can become a statesman has to remain in office long enough. So, we have to make those compromises.

Whether India’s former Prime Minister believed in privatisation or not is a separate issue as he also highlighted how the view amongst his colleagues was that profit-making PSUs should not be privatised.

But he also asserted that they must look at the market to raise funds for their further expansion. This suggests that somewhere he was in favour of disinvestment and even privatisation.

Unfortunately, it was not a decision that could have been taken by the then Prime Minister and perhaps the staunch opposition to privatisation by the Congress only suggests that it wasn’t his coalition partners but socialists within his party that stalled the process of privatisation.

But India today has a government with a mandate of 303 and this mandate is a mandate for tough reforms that will help us move towards a $5 trillion economy.

Prime Minister Modi himself mentioned that the government has no business to be in business and, therefore, the vote for Modi in 2019 can be believed to be a vote for privatisation.

It is important to understand why privatisation is so critical to India’s development. Apart from the immediate revenue mobilisation from the same, privatisation effectively ushers in a new management in these PSUs which results in significant efficiency improvements.

This is precisely why privatisation yields far greater gains for the economy than simple divestment or disinvestment.

Management change is crucial in order to reform these quasi-monopolist firms and make them efficient, thereby helping them grow to globally competitive levels.

Consider the example of railways and post-offices (and of course Air India). All three are managed and owned by the government. Now compare the service of a Vistara flight with Air India, DHL or Bluedart with postal services and the newly launched private train with any other Indian railways operated train.

The difference is stark, evident and significant. Therefore, it is truly surprising that even in 2019 one has to write to outline the benefits of privatisation for consumers.

Revenue mobilisation from privatisation is also important as it allows the government to redirect the money into areas such as healthcare, education and rural development.

Government funds should be deployed first into areas that will improve our human development indicators rather than them being used to fund hotels or condom factories. Taxpayers at the end of the day must realise that employees at such firms get all sorts of perks compared to the private sector.

These perks come at their expense. Even if the PSUs are profitable, the fact that most of them are inefficient implies that the shareholders are gaining little from parking their money with them. The shareholders here being the government and taxpayers.

Let us take the example of BPCL which is profitable, but is in a quasi-monopolistic setup. A recent paper explored how other firms are far more competitive. Therefore, the question is not whether a profitable firm should be privatised or not.

The criteria for privatisation should not be whether a firm is in profits or in losses but it should instead be the consideration of how the firm would perform should it be in the private sector.

Another important consideration is whether the good produced is a public good or not. If private players are more likely to provision for it efficiently, which means at a lower cost, then it is best for the government to exit from the same.

This is the essence of the statement made by the Prime Minister when he says that government has no business to be in business.

Very likely, some employees would be sacked by the private management as it tries to make the organisation leaner and more efficient.

But those who quit would be offered decent perks in the form of a voluntary retirement scheme. Such schemes were implemented when firms were privatised previously and therefore, employees would be adequately compensated.

The employees that are indeed asked to retire will always have the option to work in other private companies across a wide range of sectors.

A mandate of 303 is the biggest asset that the government has and if it could deliver on the issue of Article 370, then privatisation is politically less challenging. There are economic reasons to pursue privatisation aggressively and we’ve an environment which is conducive for economic reforms.

Such big bang reforms will only be rewarded with greater public support and, therefore, the government should continue with its agenda irrespective of the initial opposition to the same.