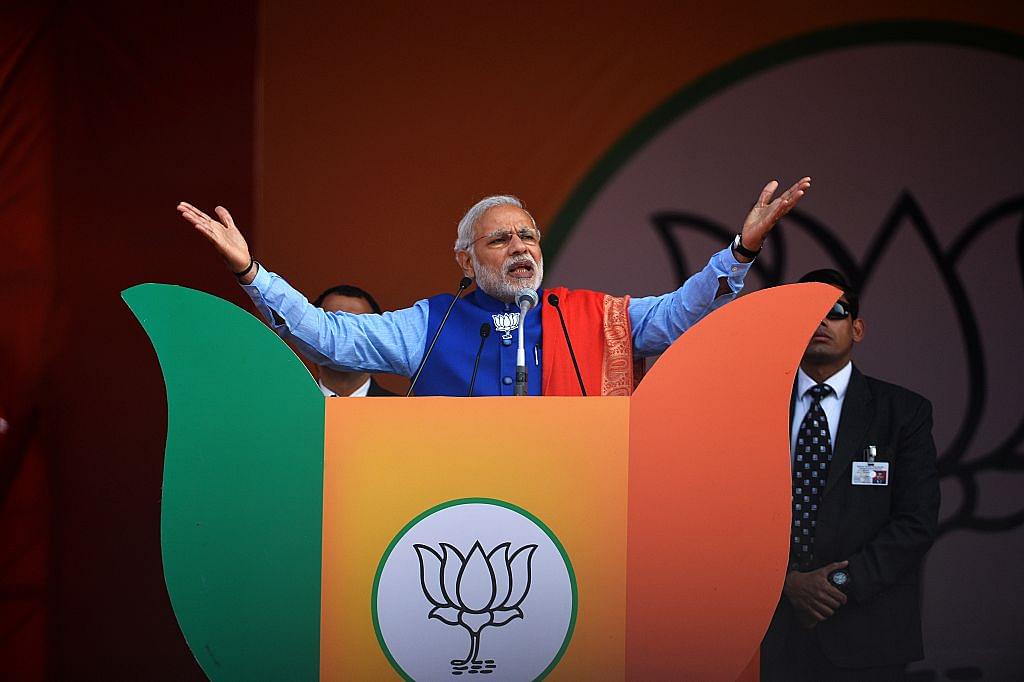 The Bharatiya Janata Party (BJP) had been traditionally seen as an urban-centric party of traders, businessmen and upper castes. But, the 2014 Lok Sabha (LS) elections demolished this perception. The BJP got more votes in rural than in urban India. It also registered accretion in votes among other backward castes (OBCs), Dalits and Muslims who weren’t considered traditional voters of the party , Prime Minister Narendra Modi is probably working to retain that trend. His government’s policy orientation is designed to qualitatively revamp BJP’s traditional support base by attempting to reach out to hitherto excluded social denominations.

Modi’s first priority is the agrarian sector that contributes 14% to the gross domestic product and employs 55 % of Indians. In 2014, BJP won 178 seats from rural constituencies, an advantage of 112 seats from its 2009 LS performance, and 30.3% votes that showed an accretion of 12.6% rural votes over 2009. This advantage can be retained by pursuing pro-farmers policies.

The Congress occupied the agrarian space in Indian politics since independence but gradually lost to regional parties in UP, Bihar, Orissa, West Bengal, Maharashtra and Tamil Nadu . When Modi announced pro-farmers policies, the Congress made spirited assaults on his government calling it anti-farmer and pro-corporate. Modi’s effort to balance agrarian and corporate segments by bringing amendments in the Land Acquisition Bill gave an opportunity to the Congress to hound his government in Parliament forcing the death of the proposed amendments in the Bill.

However, Modi did not back down and allow the Congress to gain an advantage. He brought a pro-farmer budget this year that completely non-plussed his critics, especially Rahul Gandhi, the Congress Vice President. Modi wants to globalize Indian agriculture and develop it as an industry by promoting the export of dairy products and food grains as international markets can fetch farmers higher prices. In his first budget, he signaled prioritizing agriculture by setting a target of Rs 850,000 crore for agriculture credit during 2015/16 which was raised to Rs. 900,000 crores in 2016/17 fiscal in which the overall budget for the agriculture sector was enhanced by 44%, from Rs 24,909 crore in 2015-16 to Rs 35,984 crore. By bringing in 2.85 million hectares under irrigation through Pradhan Mantri Krishi Sinchayi Yojana, soil health card to farmers, introducing PM Fasal Bima Yojna and Deen Dayal Gram Jyoti Yojna, Pradhanmantri Grameen Awas Yojna for poor villagers etc, the intent of the government became clearer.

The Modi government is pursuing inclusive politics at the risk of annoying its traditional vote-bank. By imposing additional 1% excise duty on gold and silver jewellery and mandatory requirement of PAN card on purchase of jewellery worth above Rs. 2 Lakhs, it angered the bullion and jewellery traders who went on their longest strike since independence.! By creating a Real Estate Regulatory Authority with SEBI-like powers over builders and real estate developers, it offended rich business tycoons who were plush with black money.

The Modi government appears concerned about the poor and the marginalized. In 2014, the BJP got very high votes (55%) among the poor and lower class that showed a net gain of 20% points over 2009 LS figures. By bringing in Jan-dhan Yojna and opening record number of bank accounts, the government took radical steps towards their financial inclusion. By introducing Aadhaar as Money Bill in Lok Sabha, the government intends to directly transfer financial benefits to poor and lower classes, bypassing middlemen (its traditional supporters), that may tantamount to expenditure from the Consolidated Fund of India. All this may silently answer Rahul’s criticism of this government being anti-farmer and pro-corporate and also enlarge BJP’s constituency.

BJP got substantial Dalit support in 2014. Modi would surely want to retain that. The way Modi has all along shown his veneration for Dr. Ambedkar and, recently, put to rest all doubts about continuation of reservation for Dalits is a firm reassurance to them on that issue. His ‘start-up’ initiative admonishing 1.25 lakh bank branches to promote at least, one Dalit and one women entrepreneur may make financial inclusion a pleasant reality. With Mayawati steadily losing her charm, and traditional identity politics taking a back seat, Dalits may not support BSP as solidly as they did earlier. A section of them might shift to BJP which is also offering positions in leadership structures and socializing with them at grassroots level.

Earlier, about 3% Muslims voted BJP. During Atal Bihar Vajpayee’s tenure as PM, Muslim support for BJP went up to 10 %. It is surprising that in spite of his anti-Muslim image , Muslim support for BJP increased to 8% at all- India level and 11% in Hindi heartland states in 2014. Modi has been talking of sabka saath, sabka vikas and brought schemes that have benefitted Muslims. But, most important has been his Kashmir policy where he has been instrumental in forming BJP-PDP government in J&K for the first time since independence. He has also voiced his staunch support for Sufism with the recently held international Sufi conference in Delhi. All this goes very well with the neo-rich and educated Muslims who see BJP as quick route to political empowerment.

Though Modi does not play the caste card, his OBC status may allure OBC voters further towards the BJP. In 2014, the OBCs came in support of Modi in a big way. Similarly, Modi is making some penetration in the north-east and southern states where new social groups are being drawn towards the BJP. In a short span of two years, Modi has brought qualitative change in BJPs’s constituency and included those sections of society that were hitherto excluded from the party’s mainstream political constituency.