Modi Is Trying To Win Over People Of Tamil Nadu In Ways They Are Not Used To; Will It Work? 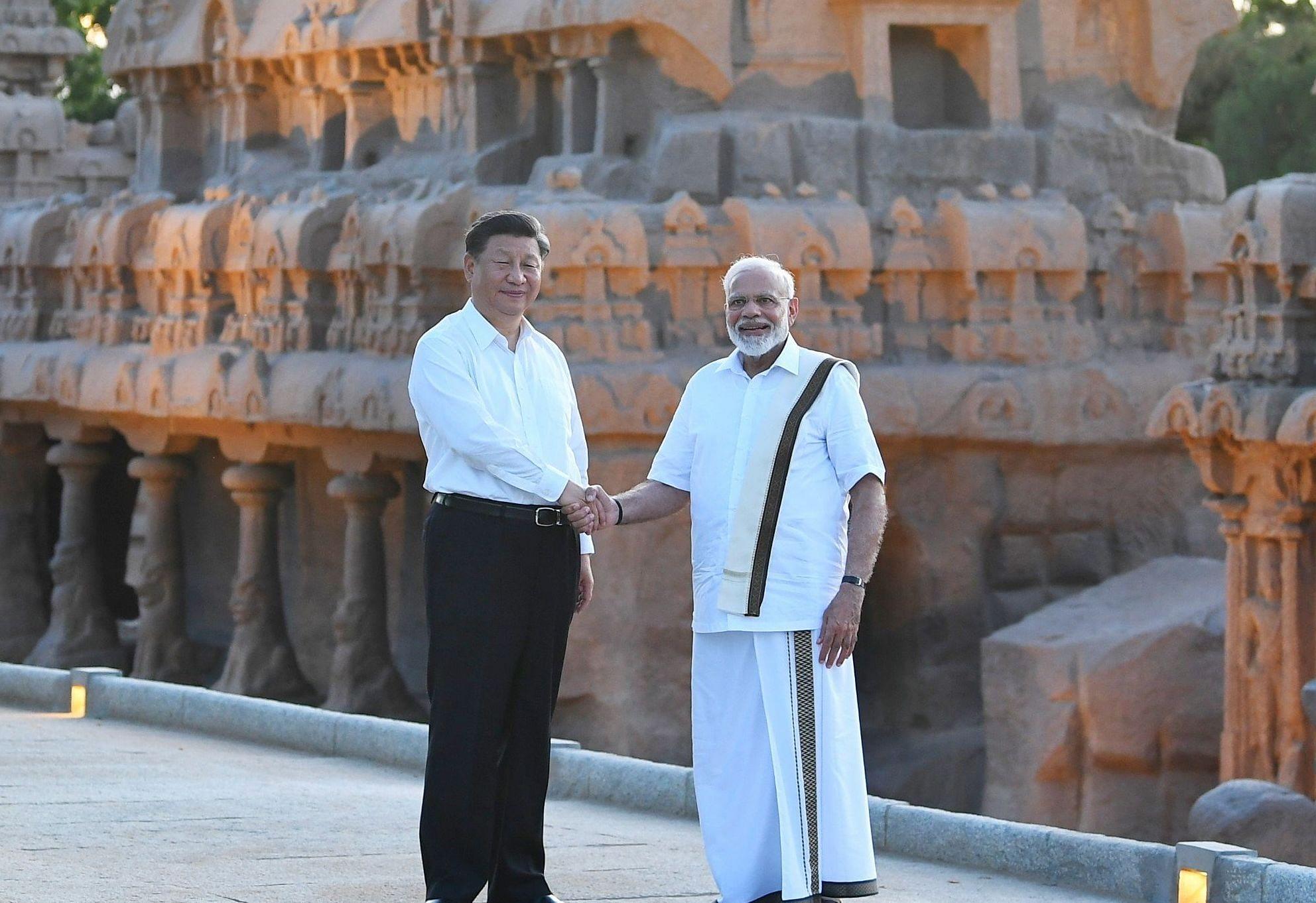 Prime Minister Narendra Modi is trying his best to draw the people of Tamil Nadu closer to him and his party. However, in trying to do so, he is following a template that is vastly different from the one set in the state by the Dravidian parties.

Perhaps, Modi is drawing inspiration from the late Giani Zail Singh, who was India's president during 1982-87, in tackling adverse situations. The late Giani famously responded to Rajiv Gandhi’s jibes with roses.

For Tamil Nadu, which has unjustifiably nursed animosity towards him, Modi has come up with an approach that is both constructive and positive.

The approach is paying dividends or at least seems to be, going by the events following the informal Sino-Indian Summit at Mamallapuram in Tamil Nadu.

Tamil Nadu has treated Modi harshly until now. The Tamil Nadu unit of the Bharatiya Janata Party (BJP) has to take major share of the blame as it has not been able to effectively counter the lies and misinformation campaign against the Prime Minister.

Starting from the agitation for conducting jallikattu (bullfight) to demanding the state’s share of Cauvery water to demanding closure of the Sterlite copper plant in Thoothukudi, Modi has been forced to shoulder the blame rather unfairly.

In April last year, when Modi came to inaugurate the Defence Expo, the Opposition parties, led by the Dravida Munnetra Kazhagam (DMK), demanded that he go back.

The #GobackModi attack continued a few more times thereafter, including on 30 September when he visited the Indian Institute of Technology, Madras for a convocation ceremony. No other prime minister of this country has had to face such insults.

More importantly, Tamil Nadu voted lock, stock, and barrel against Modi and the BJP in the Lok Sabha elections that concluded in May. The National Democratic Alliance (NDA), led by the All India Anna DMK (AIADMK) in Tamil Nadu with BJP as its partner, won only one of the 39 seats at stake.

In the 2014 Lok Sabha elections and the 2016 state assembly elections too, the people of the state had handed out a drubbing to the BJP.

Generally, Tamil Nadu politics has seen leaders take exception to such treatment from the people, particularly the way Modi has been treated every time he has come to the state in the last couple of years.

For example, there have been instances when the reigning ruling party has resorted to power cuts or distributing poor quality foodgrains through ration shops in those constituencies where they have lost in assembly byelections.

There have been politicians who have openly alleged that the people or a particular section of people have been unfaithful to them.

In such a context, Modi’s approach to Tamil Nadu has been a refreshing change, given the way politics is conducted in the state. It is an attempt to change people’s perspective about him and his party and probably, the state politics itself.

There are quite a few instances that showcase Modi’s unique approach with regard to Tamil Nadu. The first clear sign of Modi and his government reaching out to the people of Tamil Nadu came soon after Parliament elections in May.

Even as the new government was being formed, Transport and Highways Minister Nitin Gadkari announced that the Modi government would accord priority to link the Godavari river with the Cauvery to ensure that the state wouldn’t face water shortage in future.

More striking overtures have come in the last few weeks, starting with the Prime Minister’s address to the United Nations General Assembly.

Dwelling on universal brotherhood and the need to live in harmony across the globe, Modi quoted Tamil poet Kaniyan Poonkundranar’s verses from Purananuru that was written 3,000 years ago. (Purananuru is a compilation of 400 poems that talks of how a king should treat his citizens.)

Modi quoted Poonkundranar’s “Yaadum Oorae, Yaavarum kelir” to underline the fact that the universe belongs to all of us. He also made it a point to mention that Tamil is the oldest living language in the world.

This reference drew praise from many, including industrialist Anand Mahindra who tweeted that he was ashamed that until Modi made the mention he was unaware that Tamil was the oldest living language.

On 30 September, the Prime Minister, while speaking at the IIT-Madras event, reiterated Tamil Nadu’s significance saying it is the home of the oldest living language in the world.

Then came the booster for Tami Nadu in the form of the informal Sino-Indian summit to be held at Mamallapuram between PM Modi and Chinese President Xi Jinping.

The summit underlined the ancient relations that existed between China and India, in particular, Tamil Nadu, through the ages. It was a positive move for the state as it drew the world’s attention towards it even as it highlighted all the architectural and historical splendour of Mamallapuram.

Modi turning up in Tamil Nadu’s traditional attire of veshti and shirt with an angavastram thrown on his shoulder showed the regard he has for the state.

His plogging of the Mahabalipuram beach was another positive gesture that left many surprised. As some on social media commented, no minister or chief minister in Tamil Nadu had ventured to do such a thing till now.

It was also a message that the cleanliness of our beaches is an ignored aspect, particularly in Tamil Nadu that boasts of the second-longest beach — Marina — in the world.

By the time Modi departed from Chennai, social media reverberated with #DontGoBackModi, much to the chagrin of his bitter critics.

A few on social media commented that Modi’s gesture towards Tamil Nadu has only exposed the Dravidian parties that have always thrived on lies and falsehoods. It also showed his real concern for the people of the country and, especially, Tamil Nadu.

Here are two examples that show how Modi’s approach has probably begun to pay off.

One, over 100,000 people flocked to Mamallapuram on 13 October, a day after his summit with the Chinese premier.

Two, more importantly, even those who have been bitterly criticising him until last weekend are showing signs of change. One of his critics has called the summit “good optics”.

And, as some said on social media, many people in Tamil Nadu are happy and proud that Mamallapuram was chosen as the venue for the Sino-Indian summit. Modi, it appears, is slowly changing the narrative and drawing the people of Tamil Nadu closer to him.