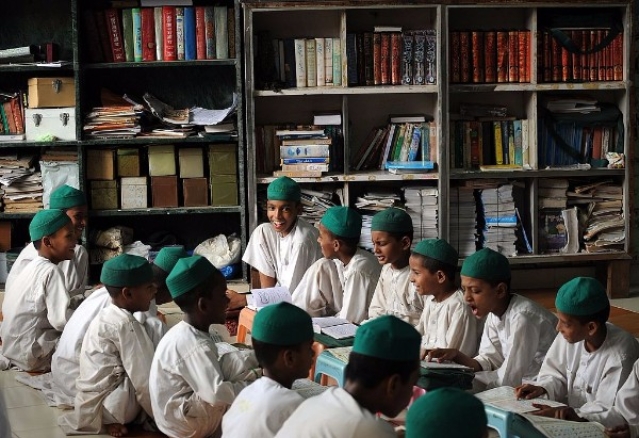 The National Democratic Alliance (NDA) government spent Rs 294.5 crore on the modernisation of madrassas in 2015-16 under the Scheme to Provide Quality Education in Madrasas (SPQEM). This is the highest expenditure by a government on this scheme in a year since it was started in 2009 by the United Progressive Alliance (UPA) government. Before that, the scheme aimed at the modernisation of madrassas was run under a different name.

These details were divulged by the Minister of Human Resource Development, Prakash Javadekar, during the recently concluded monsoon session of Parliament. He was responding to a question raised by the Member of Parliament from Hyderabad, Asaduddin Owaisi.

Under SPQEM, the central government provides financial assistance to madrassas and maktqabs to introduce modern education in subjects like science, mathematics, social studies, Hindi and English in their curriculum through support for teachers, books, teaching and learning materials and computer labs.

Javadekar said that 70,103 madrassas had been covered under SPQEM since its inception.

Owaisi had also asked whether the Government had initiated any action to start English-medium madrassas and maktqabs. To this, the minister said that though there was no provision for the opening of madrassas under SPQEM, funds were provided under the scheme for appointment of English teachers.

Here is the year-wise breakup of the government expenditure towards modernisation of madrassas.