Muslim Areas In Secular State: ‘Two-Nations’ Is Not Just A Theory But A Lived Reality Of India 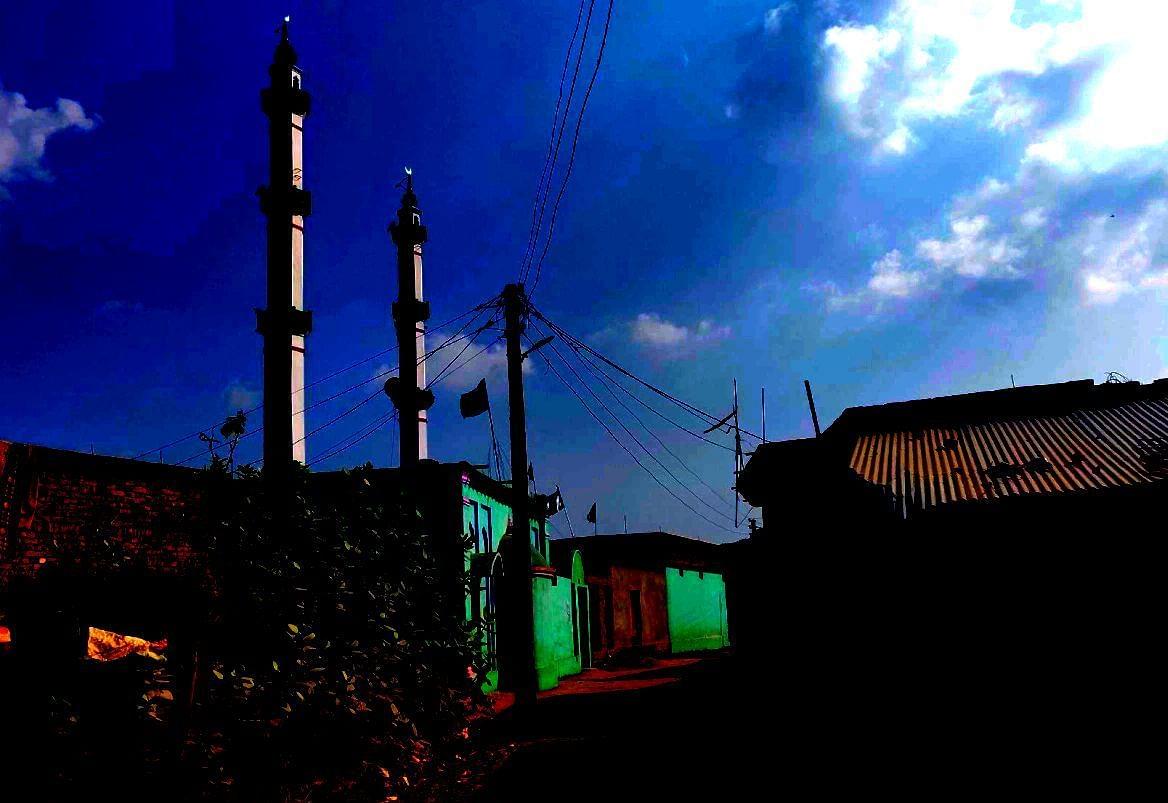 On 8 October, a mini communal clash broke out between Hindus and Muslims in Uttar Pradesh’s Balrampur district when the former were carrying out Durga visarjan in the Harkhadi village. The exact reason for the flare-up is unknown but some interesting ground realities of our great secular state emerge thanks to incisive reporting by Swarajya correspondent Swati Goel Sharma.

“The village has a decade-old ‘rule’ that no Durga idol can pass in front of the mosque. This bigotry seems to have sanction from the administration. Every year, a line is drawn on the road on either side of the mosque to define the no-go area for the idol. The vehicle carrying the idol takes the diverted, much longer route to reach the other side of the mosque,” she informs us.

This geographical division in our villages and towns between Hindu-Muslim areas based on demography especially during festivals of these communities is the real picture of ‘Ganga Jamuni Tehzeeb’ in India: two nations living in one country separated by demographic borders. And when these mini borders are violated, clashes and violence ensue.

As if Partition in 1947 changed nothing at all on the Indian side.

If a person from 1919 were to suddenly appear today and survey the country’s communal relations, he couldn’t be faulted for mistaking Narendra Modi’s India for Mahatma Gandhi’s. Then, Gandhi was prime pusher of Hindu-Muslim unity.

Muslim nationalism hadn’t yet transmogrified into Muslim separatism. The two-nation theory, that idea that Hindus and Muslims are two nations and can only be at peace when separated, was decades away from turning into a pan-Ummah movement.

All was well. Except the communal relations between Hindus and Muslims. They were as bad as they are today.

Has anything changed in the past one century? Are Hindus and Muslims truly separate nations? From Syed Ahmed Khan to Jinnah, Muslim leaders have shown greater clarity of thought than their Hindu counterparts. The former have been the natural believers of the two-nation theory while the latter have failed to respond credibly.

They have fumbled and taken their own fiction of being the sole secular conscience keeper of both Hindus and Muslims too seriously, with the notable exception of Veer Savarkar and Dr B R Ambedkar.

If these two great souls were present today and listened to ramblings of our eminent historians on whether Jinnah or Syed Ahmed Khan or some Hindu nationalist first came up with two-nation theory, they would knock their heads together and point towards the basic tenets of Islam as basis of two-nation theory.

“Islam is a theocratic nation based on the Koran right from its inception. This nation never had geographical boundaries. Wherever the Mussulmans went, they went as a nation. They also came to Hindusthan as a nation… Wherever they go, Mussulmans shall either remain foreigners or rulers,” thus spake Savarkar.

“The allegiance of a Muslim does not rest on his domicile in the country which is his but on the faith to which he belongs. To the Muslim ibi bene ibi patria [Where it is well with me, there is my country] is unthinkable. Wherever there is the rule of Islam, there is his own country. In other words, Islam can never allow a true Muslim to adopt India as his motherland and regard a Hindu as his kith and kin,” so said Ambedkar.

But neither Savarkar nor Ambedkar could claim to represent the majority of Hindus during their lifetime. That pleasure was Congress’ alone. Gandhi was their sole spokesperson but didn’t represent them exclusively. He had taken it upon himself to represent Muslims too even though it increasingly became a one-sided obsession.

Today, however, Savarkar’s and Ambedkar’s views find support among masses. And the naivety of Gandhi, his mindless appeasement is called out quite often. How times change!

So, is the majority of Hindus coming around to the fact that they are indeed a separate nation, different from Muslims? Maybe. Maybe, they always believed so but their leaders in the 1940s had not the clarity of thought that the Muslim leaders had. Maybe, they had no leaders in the 40s.

On the one side was Jinnah, vakil-e-azam of the subcontinent’s Muslims and on the other side was Congress led by Gandhi who claimed to represent every person irrespective of their faith.

Hindu leaders believed they could coexist with Muslims and got two nations under secular roof. And here we are, 70 years later, facing the same communal violence our forefathers witnessed on the night of our independence, the night we thought we were putting the two-nation theory to rest for all practical purposes, thinking that our idealism, concessions and appeasement will erase “centuries of a cultural, religious and national antagonism” between the two communities.

It hasn’t. A Hindu boy’s throat is slit open for daring to fall in love with a Muslim girl, right in the heart of India’s national capital. A little South, in Nuh, a Dalit family in Muslim majority area, is pressurised to convert and on refusing, it was attacked.

Further South, in Rajasthan’s Alwar, a Muslim is lynched for indulging in cow-smuggling. A little West, in Dadri, a Muslim man is lynched for keeping beef in his house. Further West, in Bareilly, a group of Kanwariyas can’t pass through a “Muslim area” without inviting the wrath of residents. And on it goes.

North, South, East, West. In India, Hindu and Muslims find it hard to live in harmony. A small spark over a trivial issue is enough to put light to years of communal peace.

The two nations live side by side, secluded in and limited to their own ghettos, forever distrustful of each other, fearing mischief during festive days as well as tense days, carrying on with their lives but maintaining a cautious distance from each other.

When these two nations clash, and they often do, the sight isn’t pretty. Each new clash not only adds a fresh wound but opens up old ones too. It’s ugly.

This is what happened in Balrampur. This is also why a Hindu boy who dared to carry out procession on Republic Day in Muslim area in Kasganj was shot dead last year.

It’s not just an issue of Balrampur or Kasganj alone. This is the story of every communal incident, of every town which is divided into Hindu and Muslim areas, of every riot that is a result of clashes over symbols — big and small. This story is too often repeated in area after area throughout India.

Everyone has an agenda to paint either this or that community as a victim or a perpetrator. No one has a solution. We need solutions, not more finger pointing. Enough with the blame game. Enough with the clap trap of blaming the society’s inherent complex problems on too simple an excuse of political machinations. It’s time to look for real solutions.

Maybe we should listen to Savarkar and Ambedkar more for they understood the causes of Hindu-Muslim disunity better than most. They had no love lost for either Gandhi’s Congress or Jinnah’s Muslim League. They were practical men blessed with great foresight.

Savarkar had said, “the so-called communal questions are but a legacy handed down to us by centuries of cultural, religious and national antagonism between the Hindus and the Moslems. When time is ripe you can solve them but you cannot suppress them by merely refusing recognition of them.”

We will ignore him at our own peril.