‘My Shop Was Looted And Burnt. Now There Are No Customers’: Delhi Riot Victims Face Double Whammy With Corona Scare 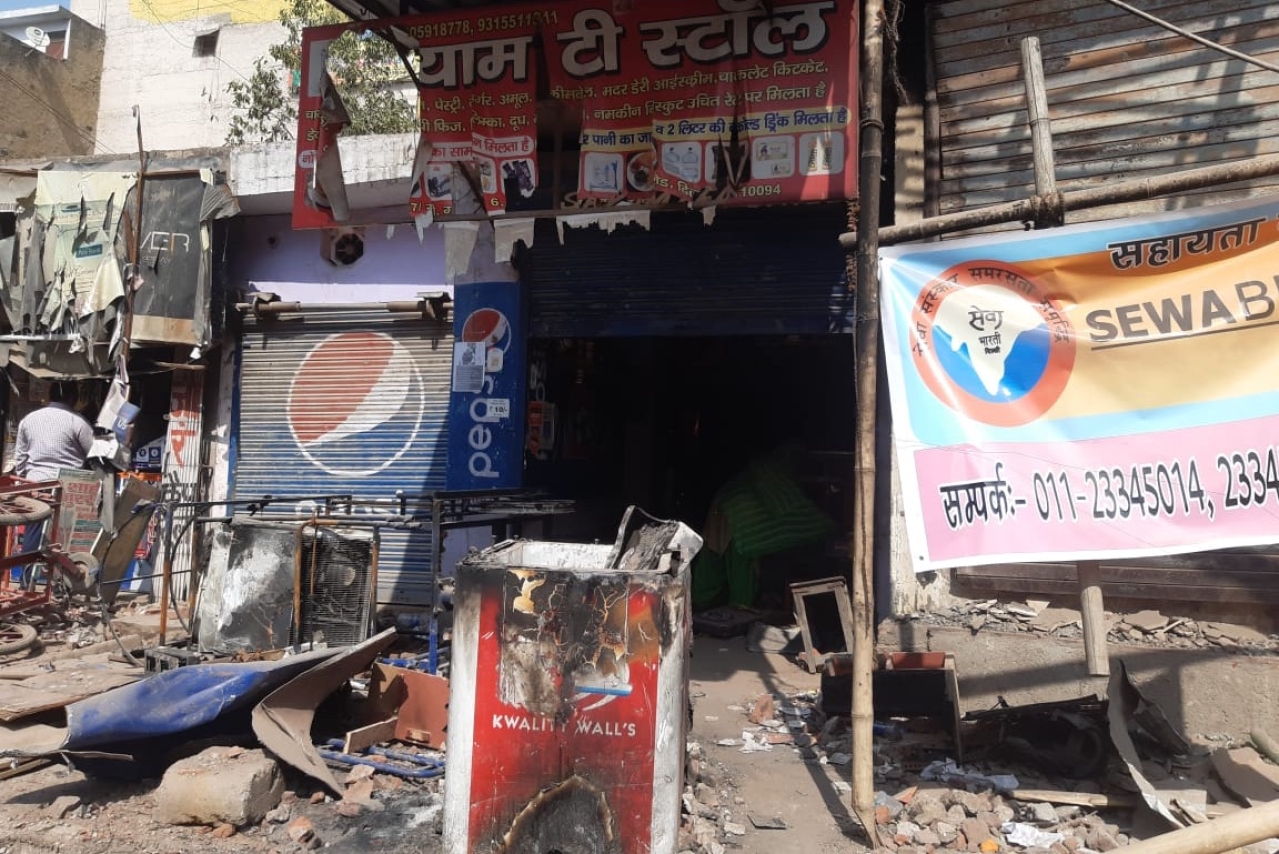 Shyam Sahni runs a tea stall-cum-confectionery shop on Karawal Nagar road near Moonga Nagar in northeast Delhi. The shop is on the ground floor while he lives with his family on the first floor, both on rent.

During the communal riots that hit the capital city from February 23 to February 25, a mob set fire to his shop.

Everything was burnt. Sahni says he and his family barely escaped with their lives. They managed to escape from a back door while the shop was blazing. 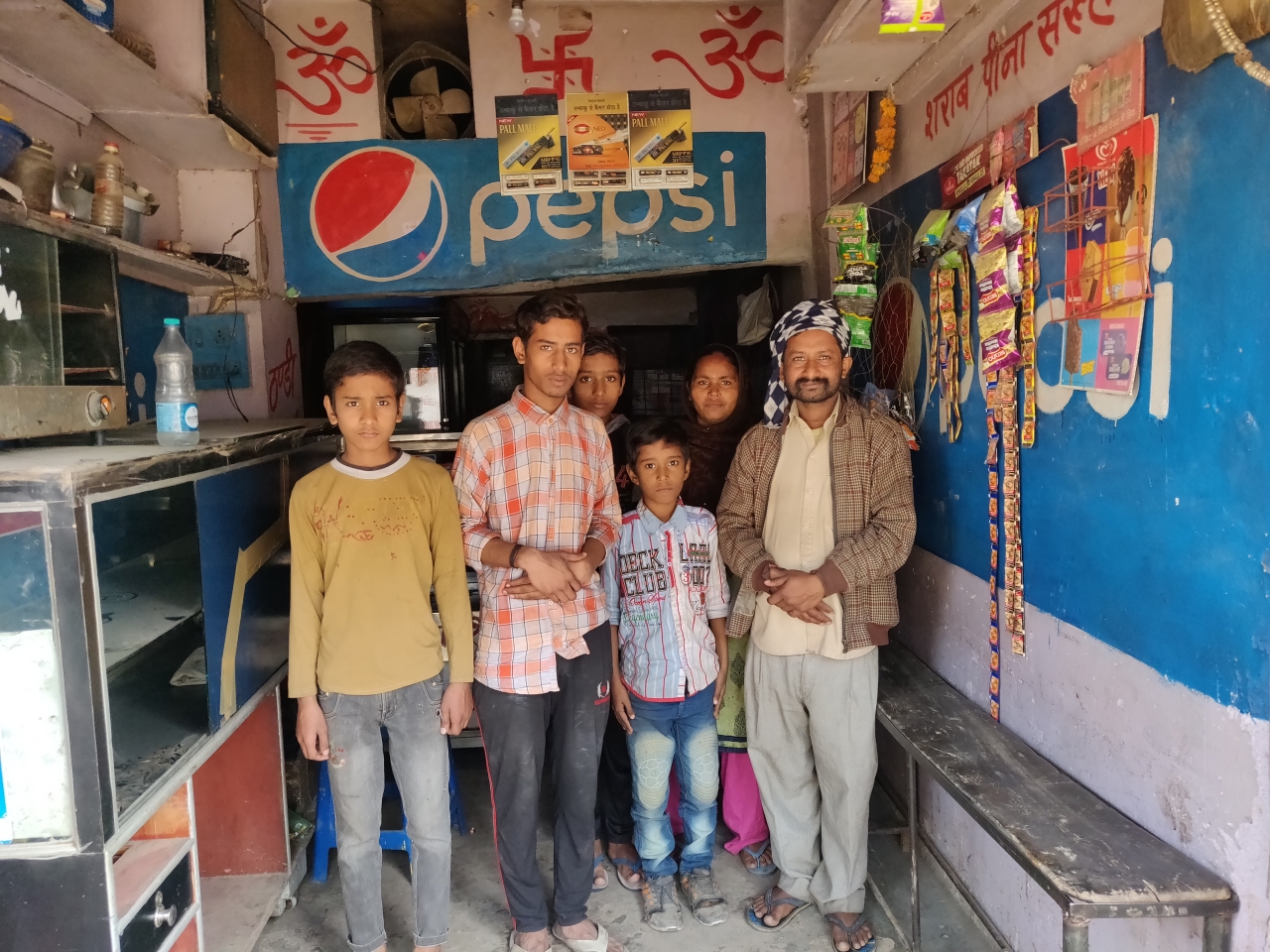 It’s been close to a month since Sahni’s family lost their savings and source of income. He says he is surviving with a paltry sum of Rs 5,000 that, incidentally, this correspondent gave to him as help.

The coronavirus scare has brought the city to a grinding halt. On Sunday, citizens across the country observed a self-imposed ‘Junta curfew’ by staying indoors, on the call of prime minister Narendra Modi.

For a week now, the roads have been nearly vacant. Most workplaces have asked employees to work from their homes - except, of course, if work mandatorily requires field visits or presence in office. People are avoiding stepping out unless inevitable.

Sahni says he is dependent solely on that cash. Even the small income from selling tea, which he managed to start two weeks ago, has stopped. “Few people are coming to the shop. There are hardly any customers. Today, the entire market is shut,” he told this correspondent over the phone on 22 March.

Sahni knows little about the coronavirus scare or, for that matter, even the ‘junta curfew’. When mentioned, he drew a blank. “Main angootha tek hun. Mujhe nahi pata ye sab [I am illiterate. I don’t know what you are talking about],” he said.

However he observed that no media or charities have been coming to his area “for four-five” days.

Sahni has a cheque of Rs 20,000 given to him by a non-profit, but he has not got it encashed. When told about the pandemic, Sahni said he would take out some cash soon for coming weeks.

A team of government officials visited him in the last week of February and asked him to fill a form. The form (which Sahni shared with this correspondent) is titled ‘Department of Revenue, Government of NCT of Delhi, Delhi riots – relief and rehabilitation, Application form for claim for compensation’.

“I have not heard from them after that. They promised me that some money will be credited into my account. I don’t know when will that happen,” he says.

The victims of Delhi riots are facing a double whammy – the coronavirus pandemic seems to have slowed the working of government institutions, and non-government organisations and charities are, understandably, not hitting the ground anymore.

There has been an imposition of ban on political, social, cultural and family gatherings of 50 or more people to prevent the novel virus from spreading, as per a report by The Times of India.

At least 53 people were killed and nearly 500 injured in the violence in February. A large number of houses, shops vehicles were looted and set afire.

Amid this, what is hitting the poor victims hard is lack of access to important information. Sahni says he usually gets his ‘news’ from the market, which has been largely un-operational since the riots. Several of his neighbouring shops were looted and burnt.

Bhaisahab, a resident of Moonga Nagar who sustained heavy injuries on his head in a mob attack, is out of work. He used to drive a cab for a private business in the area.

Since he has not heard from the owner since the last week of February, he assumes he has been fired, he told this correspondent over the phone. 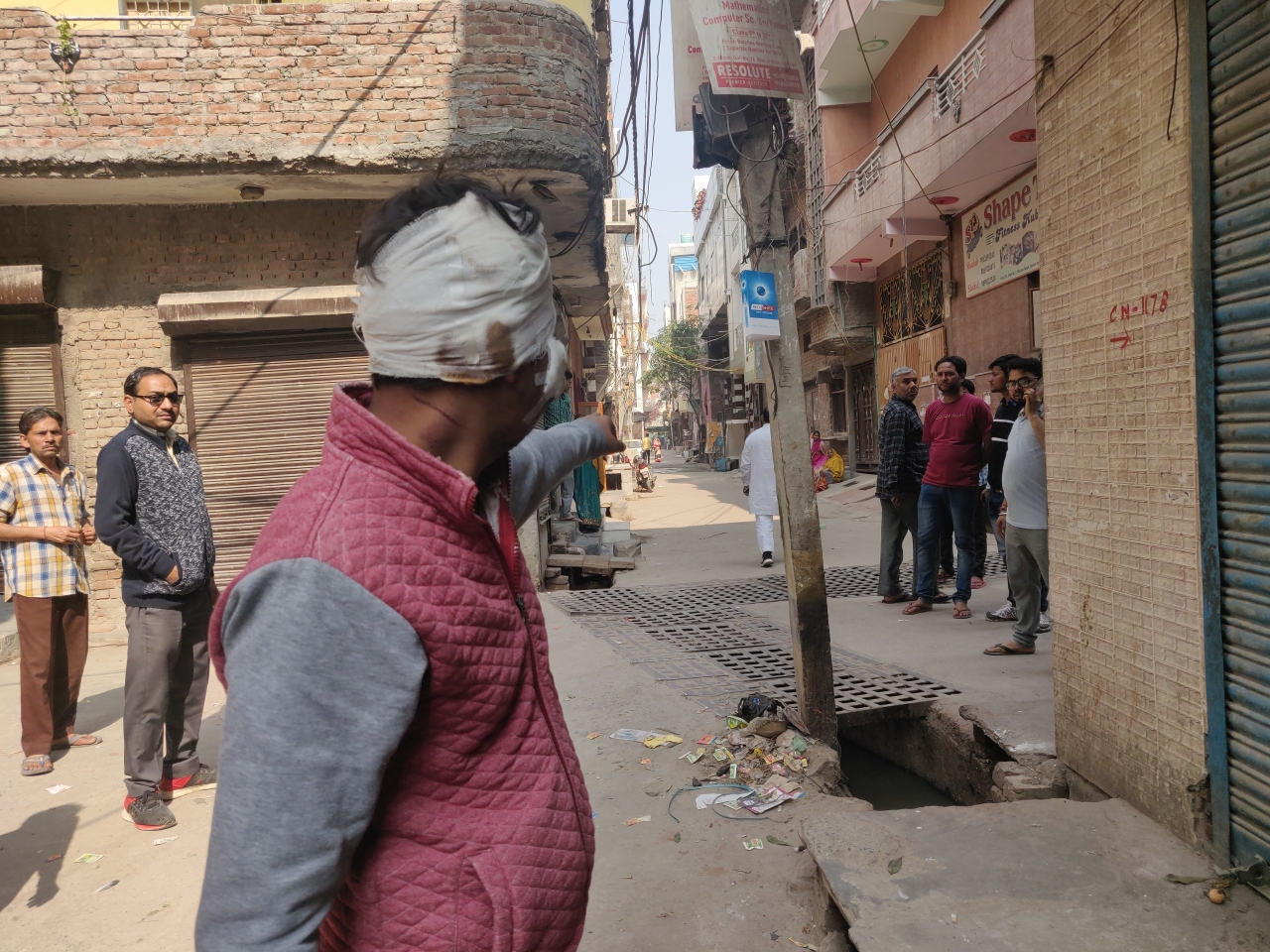 Bhaisahab points to the spot where he was allegedly beaten

He too filled a “government form” for monetary relief, and is waiting for an amount to be credited in his bank. He says he knows it will take time “as all government schemes do”. “They asked me to go to district court. There, they verified my case and gave me a slip. It’s been ten days, but I am yet to get any relief,” he says.

Bhaisahab has heard of coronavirus. “It’s an infection that spreads by touch and that’s why people are indoors,” he says.

He is thus not going out to look for work. He has been jobless for a month, and is uncertain how long it would be till he gets back on his feet.

The only consolation is that Bhaisahab lives with his family - parents and brother, who earn – and does not have the pressure of monthly rent. 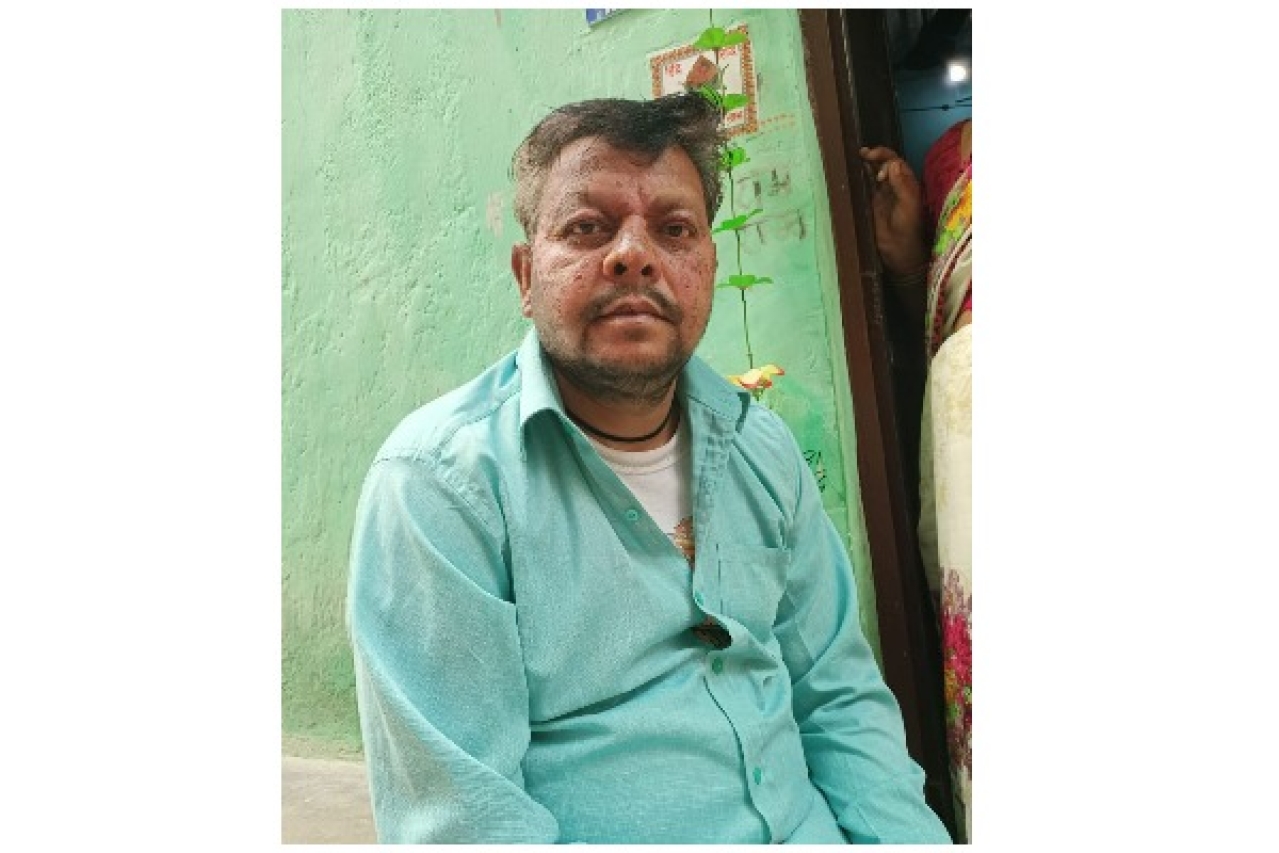 Narendra Kumar, who lives in Shiv Vihar, was attacked with acid. Kumar, who sells momos on a cart for a living, could not go to work for several days. For the past week, his income has been almost negligible.

He says a cash of Rs 5,000 was given to him by Shiv Sena, and that’s about all the money he has at present. He says no government official has collected any data from him so far. A non-profit gave him Rs 20,000 which he has deposited in the bank.

Kumar says a few charities had been coming in the area and offering supplies to riot victims, but the streets are now deserted.

As per the Times report, till March 16, Delhi government had disbursed about Rs 13.5 crore to 1,215 victims. Applications of about 240 people are pending over documentation, the report said.

Among the most hard-hit, perhaps, are around 500 victims who were allegedly displaced during riots and are staying in a camp in an Idgah in Mustafabad area. Far from maintaining social distancing, the victims are forced to live all huddled up.

A report by India Today says that the Delhi government and some non-profit organisations have arranged medical camps, mattresses, blankets, clothes and food facility for the victims but people say they are not sufficient.

The report says that those associated with the relief are avoiding using the word coronavirus for fear of spreading panic even as many people are reporting cough, fever and other illnesses.

Get Swarajya in your inbox everyday. Subscribe here.
Tags:
530 Shares