Nation Must Know The Fate Netaji Met With 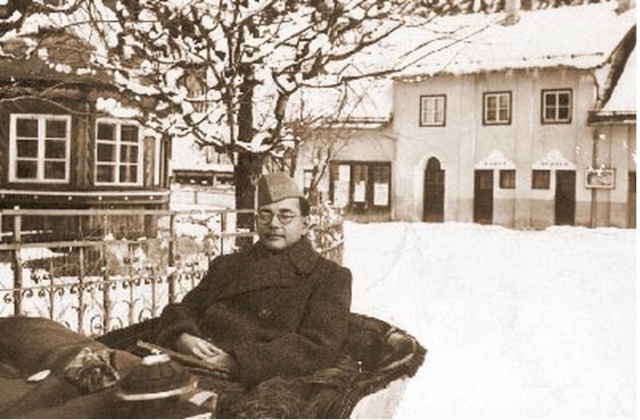 All arguments against declassification of files relating to Subhas Chandra Bose are specious.

Nagging suspicions about the role the first Prime Minister Jawaharlal Nehru played in finding out the truth underlying the alleged death of Subhas Chandra Bose have troubled India for long. Unfortunately, subsequent governments did not make any substantive endeavour to get at the root of that mystery either.

Notwithstanding setting up of three commissions of enquiry, the first during Nehru’s lifetime, the veil of mystery has not been conclusively lifted. Significantly, the third and the latest commission headed by Justice MK Mukherjee — his report was tabled in Parliament on 17 May 2006 — debunked the theory of Bose’s death due to an air crash in Taihoku. Simultaneously, the intriguing reluctance of successive federal governments during these years to declassify crucial files that could shed light on the mystery has only ended up complicating it.

Under such circumstances, the present high-decibel media coverage quoting two IB files on the Nehru government tracking Bose’s family, which continued till 1968, even after the first prime minister’s death, has begun to convince a large number of people that their long-held suspicion has been justified. One after another television channels conducting audience surveys have found out one common pattern — over 90 per cent respondents opined Nehru was scared of Bose’s popularity. It strengthens doubts in a large section of people that, driven by a feeling of insecurity on account of Bose’s continuing popularity (even after his disappearance), Nehru could have ordered spying on his family because he too personally did not believe that Bose died in the alleged air crash on 18 August 1945.

There are good reasons as to why, despite a sustained official campaign about Bose’s death in the alleged air crash, a large section of discerning Indians still do not believe in that story. There were compelling reasons for Bose to use a weighty subterfuge to mislead enemies and pass into a safe country incognito. At that time his most obvious choice, logically, could be Soviet Russia, the only power which was in the winning side of WW II but at the same time happened to be a strong rival of Britain and United States for domination of the post-war world.

In fact, during his Tokyo visit in November 1944, Bose, with the benefit of his farsightedness, had attempted to establish connections with that country through its diplomatic mission there, but he faced Japanese opposition. The regret of a large number of Indians has been that independent India did not do enough to find out the truth about his disappearance, leave alone facilitating his return in the event he was alive.

Even if the second hypothesis is considered to be true for argument’s sake, the political regime that was successor to the British India seemed to be too weak to be able to attempt such a task. Leading Allies nations like Britain and USA were hounding for Bose and they were clearly in no mood to spare him if he could be captured. If he wished to continue to resume the struggle for India’s freedom, he had to avoid, by all means, being taken a prisoner. This would have meant, in all probability, a farcical war trial and end of his life. He was considered too dangerous an enemy. To elaborate, we may have to travel back to the World War days.

Subhas had, in 1943 October, as the head of the Provisional Government of Free India and being part of the Axis Power, waged war against Britain and the US. Both were great global powers. It required tremendous courage to do what Bose did as, by the end of 1943, the scale of WW II was tilting in favour of the Allies.

To Bose, who was well acquainted with international politics, the consequence of defeat was bound to have appeared as catastrophic. That the leaders of the Axis countries would face a grim fate was amply vindicated by a series of assassinations, war trials and executions that followed the Allied Power’s victory. Significantly, Hideki Tojo, the then Japanese premier who had extended Japan’s hand of help and cooperation to Subhas, who was committed to achieving the wider Japanese goal of wiping out the Anglo-Saxon power from Asia, was tried and executed in his own country in December 1948.

Bose had a clear perception of the limitations of his government and army vis-à-vis his very powerful enemies in terms of resources, manpower and equipments. Speaking objectively, his decision to go to war with such strong enemies was too ambitious, too daring. But his burning patriotism and unswerving faith in nationalistic spirit in India and Indians and especially the soldiers of Azad Hind Fauj gave him the strength and confidence at that challenging time.

Despite several inherent limitations, the Japanese-INA forces had given a severe jolt not only to Britain but also to the Allies as a whole in Kohima and Imphal. The media in Europe and America watched the confrontation that unfolded in the eastern hills of India over nearly three long months in 1944 with considerable anxiety and agony. No wonder that in a contest organised by the National Army Museum in Great Britain as late as in 2013, several eminent British historians voted the Battle of Kohima in 1944 as the most remarkable battle Britain had won ahead of great battles of D-Day and Waterloo. But for a strategic blunder by the Japanese brigadier general Sato, the result of that battle could have even gone against the Allies. And that had the potential to change the course of modern world history!

It is, therefore, easy to imagine the visceral hatred the then British and the American regimes had for Bose. Truly speaking, the impact of Bose and Azad Hind Government did not die at the failed military expedition in the eastern hills of India. It continued to afflict the fate of the colonial nations for the next 10 years and made them gradually forfeit their numerous colonies in Southeast Asia including Burma, the Philippines, Indonesia, Malaysia and others. Bose could have been singled out for an exemplary punishment had he been captured.

Mountbatten’s antipathy for Bose and the INA is too well known. It was under his order that the Allied troops had blown away the INA War Memorial in Singapore in blatant violation of military ethics. He was in charge of the Southeast Asia Command of the Allies at the relevant time and, incidentally, he later became the first governor general of independent India, thanks largely to Nehru’s initiative. Considering the dynamics of the situation, it cannot be ruled out that Bose may have used the subterfuge of a plane accident to move over to a safe country so that he could resume work for India’s independence from a new corner of the globe at an opportune time.

Many believe that the Japanese government friendly to Bose supported his plan. The Domei Agency of Japan released the news of his death in an air crash on 23 August 1945 — five days after the alleged crash so that no first hand investigation could be carried out at that place. And they stuck to it. The then British government must have made their own assessment and its successor in independent India also derived access to the same. Irrespective of the outcome of their own inquiries, they, for their own reasons, endorsed the Japanese version. There are widely held public suspicions that neither the Japanese, nor the British government believed in the story of the crash, but each chose to propagate and endorse the theory for their own unique reasons. In such a piquant situation, the ordinary citizens of India have been the worst sufferer. They have no access to facts and they have been made to swallow the official version, which they have not able to believe in fully.

The strange unwillingness of successive political regimes in the country to declassify the relevant files has only added to their suspicion and discomfort. The people of the country have every right to know about the truth relating to death or disappearance of one of their most charismatic national leaders. They have been deprived of this right for too long a period.

The recent media furore over the declassification of two IB files (notings) has brought this issue to the centre of national consciousness. This time it may not fade away easily because people have faith in the government led by Narendra Modi. Moreover, BJP as party is being viewed by the people as a party committed to unveil this undue secrecy over an issue of such critical national importance.

All these years the ready excuse offered by the political regimes in power has been that the declassification of these sensitive documents may damage India’s relations with friendly countries. This is simply ridiculous. We know how the arch rivals in WWII have again become friends and partners in progress. The US and Japan, two arch enemies during the WW II, have been cooperating on several global issues. Also, Britain and France have been working hand in hand with Germany in building up a strong European Union. The USSR, where many suspect Bose had escaped in 1945 and was subjected to miseries and indignities, has been torn asunder by turn of numerous historical events. Not only has Stalin gone into infamous oblivion, Russia itself has been shedding pretences of communism. History has changed international relations so profoundly that there can be no apprehension about India harming its relations with any of these countries if actual facts relating to Bose’s escape and last life are made public.

However, if there are any signal failures or omission on the part of independent India in securing the life and liberty of one of her best sons, that could be staggeringly shameful for many leaders. But then, the truth must still come out. Believing the report of his alleged death, the illustrious national leader Sarojini Naidu had paid her obituary compliments saying:

His proud, importunate and violent spirit was a flaming sword forever unsheathed in defence of the land he worshipped with such surpassing devotion. His death and his life were both a dedication to the ideal of liberty. A greater love hath no man than this that he lay down his life for his country and his people.

Now that the recent revelations challenge the very fact of his death at that time, a duty has been cast on the broad shoulder of a modern, young India, which is learning to review and reassess the history of Indian independence afresh, based on objectivity and with a deeply analytical mind, to get to the bottom of the truth. The life and struggle of Bose for India’s freedom is a very important lesson in modern Indian history. We must not try to skirt it, but learn from it. The truth must come out. If declassification of hundred odd files facilitates this, the public fervently expects Modi-led government to take the initiative. For the benefit of our posterity!