National Herald Case: Sonia And Rahul Demonstrate Contempt For The Rule Of Law 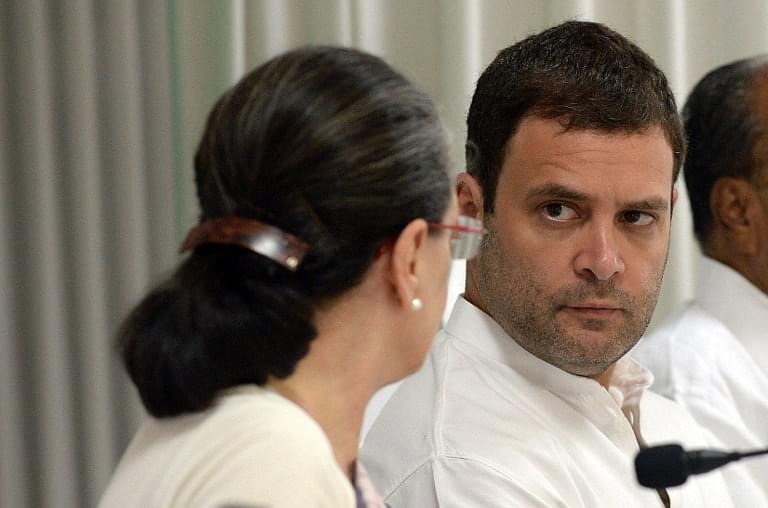 Two statements by the mother-son duo now at the centre of the National Herald property caper (one could, at a stretch, even call it a scam) show how little they care for the rule of law. Sonia Gandhi, when ordered by the Delhi high court to turn up in court and face trial, told the media with the hubris characteristic of feudal lords:

“I am Indira Gandhi’s daughter-in-law. I am not scared of anyone.”

Her son, Rahul, said he “absolutely” saw a “political vendetta” in all this.

It would have been all right if Sonia meant she was not scared of her political rivals, but in the context of a court order one wonders what the Bollywood bravado was all about. Given that her mother-in-law was directly involved in subverting the law and courts, Sonia’s claim of being the bahu of that prime minister does not inspire confidence in her own respect for the law.

Her son gave the game away when he called it vendetta. Even assuming the Herald case is absolutely false – but the Delhi high court saw no such mala fide intent in it – to call it vendetta when it is a court order he is facing implies that even the law is party to such malign political influence.

Anybody who routinely calls investigations into crime or court orders involving them as a conspiracy or vendetta is essentially saying the law should not apply to them. Not just Sonia and Rahul, but almost every political party or politician facing any kind of investigation or trial for wrongdoing has now used this line to claim victimhood. In India’s political theatre, claims of victimhood play out well.

But we shall not indulge in “whataboutery” and list comparable statements by the BJP or other regional parties by bringing them all in for the sake of a fake balance in the narrative.  Right now we are talking about the scant respect for the rule of law shown by the top duo of the Nehru dynasty, and that is what we must focus on.

The National Herald case is a simple one. Sonia and Rahul, using Congress party funds, managed to corner the valuable assets of a defunct company (Associated Journals) – a company with property valued anywhere between Rs 2,000 crore and Rs 5,000 crore – in a private non-profit company run by them. The point is this: though Associated Journals was technically bankrupt, if the properties owned by it were taken into account, it was very much solvent. By selling the properties, Associated Journals, which once published National Herald, could have been revived.

Since the newspaper is nowhere near being revived five years after this caper – the staff were retrenched even before the takeover by the Gandhis – it means the shift in ownership was about the property. The fact that Young Indian, the section 25 company owned 76 percent by Sonia and Rahul (the rest being scattered among retainers like Motilal Vora and Oscar Fernandes), will not distribute profits to owners does not imply that the ownership does not matter. The cash flows will be controlled by the owners, and that is no small thing. A Rs 2,000 crore property, even assuming a low rental yield of 2 percent, gives us a potential annual income of Rs 40 crore, which the Sonia-Rahul company will control.

At the very least, the Gandhis were behaving unethically. At the other end, they could well have hijacked a property worth thousands of crores for a negligible personal investment.

One, Sonia Gandhi is the absolute boss of the Congress party. The party is not an entity independent of her, and thus any request by her for a loan would have been complied with. This is a clear case of conflict of interest as the party boss got those who operate under her to give a loan to a private non-profit where she and her son control three-quarters of the shares. If this had happened in a public sector bank, where a bank chairman asked his bank to give him a huge loan without collateral, it would be considered a case worthy of a CVC of CBI inquiry.

Two, even assuming that the intention was to use the money from the properties to run a media operation, actions belie intent. The staff of National Herald had all been given voluntary retirement packages and Rahul Gandhi, in fact, told The Pioneer in a statement that he had no intention of reviving the Herald. But party spokesman Janardhan Dwivedi, when explaining the Rs 90 crore Congress loan that enabled the Herald property takeover, said the opposite:

“The Indian National Congress has done its duty in supporting the Associated Journals to help initiate a process to bring the newspaper back to health in compliance with the laws of the land.”

The Congress said the money was to revive the paper, but Rahul said he had no such intention. Who has misled us?

Having done all this, with what gumption can the Gandhis claim their actions were above board, and, in fact, it is the actions of the prosecutors and the courts that are questionable?

Clearly, like many powerful people in India, they believe that the law should apply to them only if its verdict is favourable. Or else it is invalid.