Draft New Education Policy – A Case Of Thinking Inside the Box 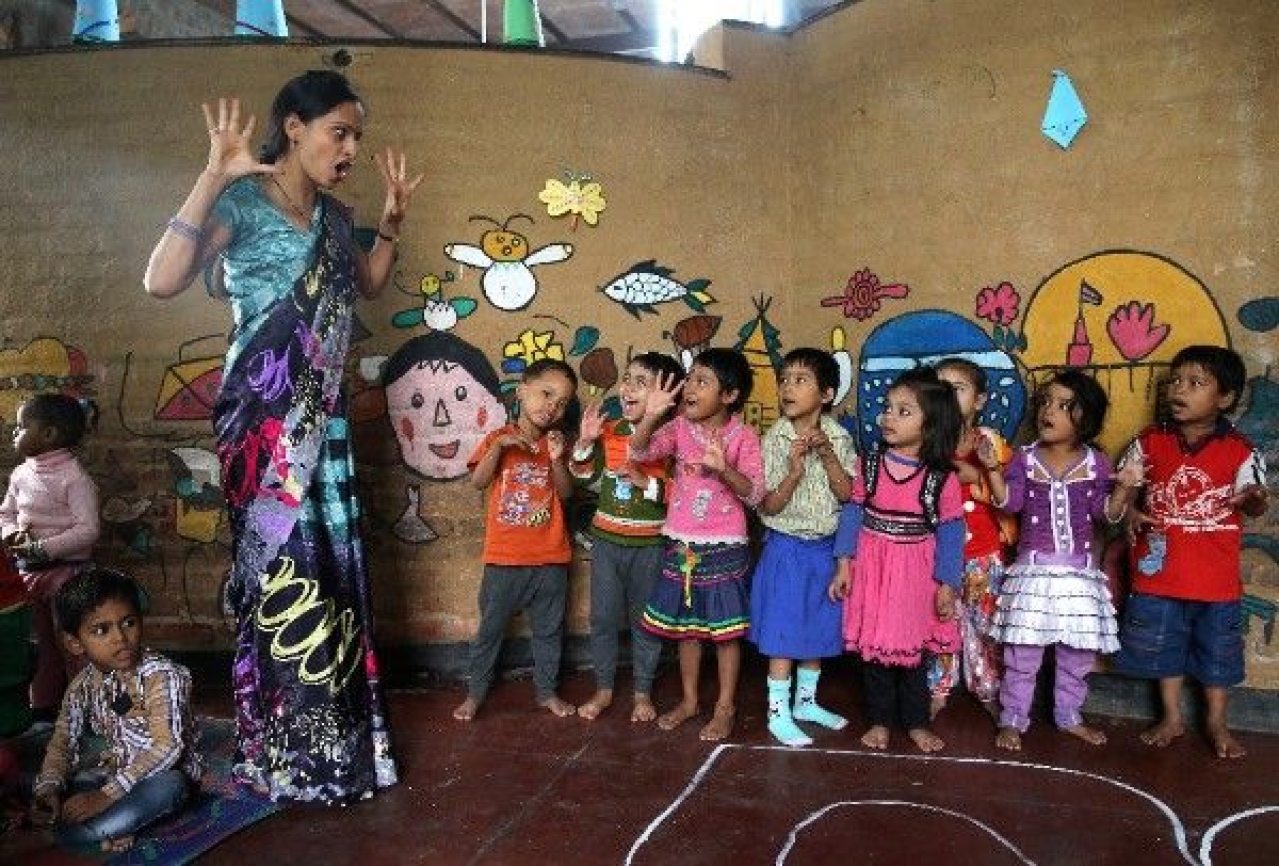 How would we have thought about the year 2019 in 2004? It is a very hard exercise to undertake now. However, to aid us, we have quite a few “Vision 2020” documents made by consulting firms during the previous decade. A glimpse into those will tell us that as far as hard infrastructure --- such as roads, railways, water supply etc.,--- the aspirations expressed were mostly reasonable. Some have not still been fulfilled yet.

But when it comes to productivity-related issues such as technology and human capital, the documents have not anticipated the giant leaps. No one could have thought of a WhatsApp or an Uber. They could not anticipate the explosion of knowledge and information through social media brought about by the proliferation of smartphones and cheap Internet.

When the committee that drafted the New Education Policy (NEP) thought about the future, they perhaps looked at the issue from a hard infrastructure point of view --- about expanding, consolidating and improving existing set ups. They were rather grounded in reality than inclined to grab the thunder by suggesting large-scale application of technology in partnership with the private sector. Swarajya, recently published two blistering critiques of the draft NEP on School Education and Higher Education. It is to be hoped that the committee takes cognizance of the feedback.

Government committee reports are usually of two kinds. The first kind is exciting, truly visionary but unimplementable with the current capacity and consciousness. The second type is steady, incremental and implementable.  A great example of the former, in the financial sector, is the report on “Making Mumbai an International Financial Centre”.

In 2007, the Percy Mistry Committee set the economic debate alight by recommending a series of bold reforms. In fact, they look bold even now. It was hardly touched by the executive. Even the steady recommendations of Raghuram Rajan Committee (2007) and the expansive one of Justice B N Srikrishna Committee (Approach Paper, 2013) were viewed with trepidation.

In the case of the New Education Policy, perhaps Prof. Kasturirangan, in his wisdom from working with the government systems over the years, thought it prudent to focus on productivity reforms, while prodding slightly to look further at eclectic possibilities. It has a quite a few noteworthy points that has to be appreciated.

Firstly, the sections that are stellar in the whole document are sections 4.5 and 4.6 dealing with languages, arts, communication and Indic thought. A major recasting in our curricular framework, is on order vis-a-vis Indian scientific achievements, philosophies, correct history and more importantly, a connection with the children’s own lived realities.  A few interesting experiments conducted in Punjab and Maharashtra, of teaching math and science in English and Social Sciences in the mother tongue, have to be assessed.

The idea of Special Education Zones (SEZ) is creative. It goes with the Prime Minister’s thrust on 115 “Aspirational Districts”. In fact, these are the areas where one can expect low private-sector participation and therefore they can benefit significantly from large governmental interventions. The government could also conduct a few worthwhile experiments that can be scaled up in the rest of the educational system.

The committee has, in both school education and higher education, recognized the conflicts of interest among agencies that deal with regulation, provision of education, financing, accreditation and standards setting. This has been an area of long pending reform. Even the previous government considered separation of powers by setting up Higher Education Evaluation and Regulation Authority (HEERA).

It is proposed that schools will be given autonomy is setting syllabus under the broad National Curriculum Framework. This will motivate principals and teachers to innovate. More importantly, it will create a set of best practices that work in Indian conditions. We need not always look for tips from Singapore or Scandinavia.

The recognition of the importance of Early Childhood Education is significant too. The committee has heeded to the pleas from many non-profits that have been advocating it for more than a decade. The proposed integration of early childhood care and education (ECCE) with the School Education Department is also welcome. A seamless progression into basic schooling is much needed.

The proposed career progression for teachers from Early Teacher (without tenure), Early Teacher (with tenure), Proficient Teacher, Expert Teacher, and Master Teacher based on standards set by the National Council for Teacher Education (NCTE) and the National Council of Educational Research and Training (NCERT) is a step towards promoting merit among government school teachers.

Setting up of departments of teacher education in higher educational institutions (HEIs) is urgently required.  We need highly-qualified teachers for our upper-primary, secondary and higher secondary schools especially in STEM subjects (Science, Technology, Engineering and Mathematics). The thrust on a four-year BEd course is proposed. It should also be coupled with management programs for principals and department heads in our management schools. These should be made mandatory for progression from teaching to management roles in schools and universities.

The attempt to dissolve the separation of vocational and academic stream is commendable. India does not need just “knowledge workers”. (The viral picture of a job advertisement offering to pay a cook more than a Java programmer should be a lesson). Modern psychology talks about the cognitive impairment due to non-involvement in vocational activities. Not only will it improve the life skills of students, it will also address the issue of “image” problem associated with jobs that involve manual labor. In Higher Education, the objective to provide access to vocational education to at least 50 per cent of all learners by 2025 is a worthy pursuit.

A National Research Foundation on the lines of what exists in the US is a promising step to coordinate and give direction to research. Hopefully, it will be filled with our finest minds that provide impetus to research and innovation in the country.

Chapter 12 of the NEP draft talks about expertise-building for professors in open and distance-learning areas. If at all there is a silver bullet to address the faculty shortage in India and address the basic teaching problem, it will be the ability to use technology on a grand scale. Professors have to become adept at using the best online material to augment their classes.

India has the second-largest enrolment in MOOCs (massive open online courses) after the US. One of the most critical action points for Modi 2.0 is to expand SWAYAM (Study Webs of Active-Learning for Young Aspiring Minds) exponentially.  Allowing Indian MOOCs to be used by neighbouring countries will strengthen our soft power.  Some of our previous Distance Learning programs were popular in Sri Lanka and Nepal, among others. (As an aside, a few years ago Mahinda Rajapakse recruited teachers in droves in tea plantation areas of North Sri Lanka, on the condition that they will complete Open Distance Learning (ODL) programs from a Tamil Nadu-based university. Unfortunately, they were left in the lurch after the Indian government introduced jurisdictional restrictions.)

Under professional education, there is a separate section under agriculture and allied disciplines, capturing the challenges and opportunities quite well. Agri-education faces a conundrum, where the demand from industry is twice the capacity of our Agri-Universities but students are unwilling to pursue the programs. That agriculture is more research, technology, slick-marketing and big infrastructure than just animals, urea and tractors is not apparent to our youngsters. Perhaps, a few videos of Food Valley in the Netherlands will be all it takes for a rethink.

Studying communications as a part of PhD is recommended. It is one of the underrated reform suggestions. Our scientists should write more, especially in popular press. It is a shame that we do not have something similar to a “MIT Tech Review”, especially given that most of our research is publicly funded. The government and the scientific community owe it to the people of India to publicize their research so as to reach school children and the public at large.

The section on Healthcare education goes very well with the BJP’s promise made in its manifesto to setup a medical college in each district by 2024. Upgrading district hospitals and equipping them with adequate doctors and staff would nevertheless be an uphill task.

Integrated education within professional disciplines is a noble goal. The policy clearly emphasizes breaking down of silos by empowering students to go beyond the program he/she is enrolled in. A clear guide for education leaders and professors of higher educational institutions to make it happen will be a good follow-up activity.

The draft policy has been a massive exercise. The scope and scale of issues and consultations are truly mind-boggling.  As a former school education secretary says, it is more pertinent to look at what kind of legislative action plans, programs and directives this policy gives birth to. An acid test will be how much the current government itself will act on the recommendations. All one can say about the NEP committee is that it has accepted the constraints and has thought “inside the box”.