No Idea What Is Big Bang Reform, Says Modi: Here Are 5 Big Bangs To Look At 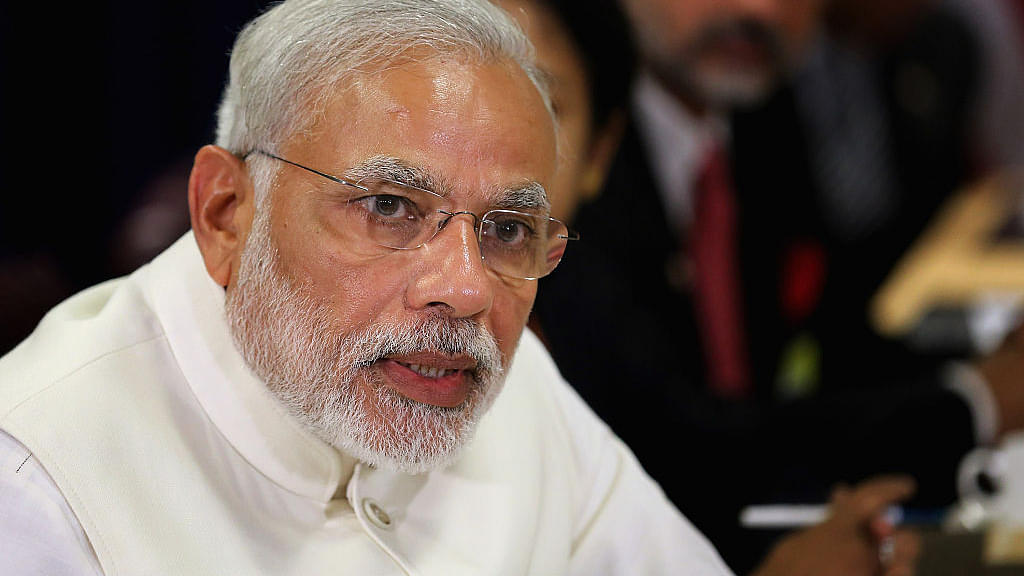 That Narendra Modi is not Margaret Thatcher or Ronald Reagan is now well-established. His most enthusiastic backers before 2014 are now asking whether NDA-2 is any different from what a UPA-3 would have been, had Sonia Gandhi and Manmohan Singh not lost the last elections. In particular, it is said that the Modi government is into incremental change, not “big bang” reforms.

In an interview to The Wall Street Journal, Modi himself appeared perplexed about the term big bang. He is quoted as saying: “When I came to the government, I used to sit down with all the experts and ask them to define for me what is ‘big bang’ for them. Nobody could tell me.”

Well, he is right. The pink press tends to link big bangs only with ideas about privatisation and hire-and-fire labour laws. These ain’t happening as of now.

However, at least two things Modi has begun would amount to big bangs if he carries them through to their logical conclusion.

#1: The first big bang is subsidy reform through financial empowerment. The JAM trio – Jan Dhan banking, Aadhaar unique IDs, and Mobile money transfers – provide the infrastructure to implement the biggest subsidy reforms in Indian history by eliminating leakages and corruption. In stage one, the cooking gas subsidy has been shifted to cash, saving thousands of crores. The next phase – which means doing the same with kerosene, food and fertiliser subsidies – is stalling, as vested interests are threatened by this radical change. If Modi presses on and defeats these vested interests, he will have given us one big bang in far-reaching subsidy reforms.

In stage three, JAM can be replaced with broad spectrum income support to the poor with current subsidy outlays being credited directly into the accounts of those below the poverty line. This bang will be heard in every village in India.

#2: The second big bang is fiscal federalism. The 14th finance commission tipped fiscal powers towards states, and 62 percent of national revenue resources are now with them. Money is also now directly transferred to panchayats; but the commission missed out on the most important thing – direct transfers to cities. Modi’s smart cities need smart funding, without state politicians standing in the way. What the Commission did not do, Modi can do by directly transferring central resources to urban bodies, including future smart cities.

But along with this, a political big bang is required where states and local bodies get more powers under the constitution. One way to do this would be to divide the concurrent list and hand over most of those subjects to states, keeping only a few with the centre. It would require a constitutional amendment, but which state will oppose more powers to itself? It will be a breeze, and this political big-bang will make India truly federal and more governable. States can then become the driving forces of the economy.

#3: The third big bang will really be election funding reform; lack of this is at the root of many corruption scandals. Politicians need black money to fight elections, and so do political parties. Currently there is no obvious way to generate this money, except by giving favours to businessmen. Currently, political parties show this loot as individual contributions of under Rs 20,000 each. Every political party claims lakhs of such donors, but has been unable to produce even a handful of them to prove bonafides. We need to move towards state-funded elections, and one easy resource available is the MPLADS scheme, under which MPs collectively get Rs 20,000 crore over five years to look after their constituencies. This money, which favours incumbents over challengers, can easily be used to fund elections. But elections can be funded even without amending this scheme. The important thing is to develop the political will to do this.

#4: The fourth big bang is budget reform. The Union budget is a piece of fiction in most cases. It uses the cash method of recognising revenues and expenditures, which means expenditures incurred but not paid out (as is always the case with food, fertiliser and fuel subsidies), and revenues due but not received, are excluded. If India Inc were to adopt this dubious system of accounting, most of its members would be in jail for accounting fraud. The only sensible way to know if the budget gives us a fair picture of fiscal health is by shifting to an accrual-based system of accounting. This would be a big bang reform that will reverberate through the years as government accounts become believable. Related big bangs would be to enact the Goods and Services Tax, a Direct Taxes Code, and an inflation-indexed system of tax rates for individuals.

#5: The fifth big bang reform should be land. The UPA screwed up the system when it legislated a centrally-mandated one-cap-fits-all land acquisition law that retards growth. The logic for enacting the law was that farmers were being given very low prices when land was acquired. But the remedy is worse than the disease. The law mandates payment of four times the market price in rural areas and two times in urban areas, making nonsense of the meaning of a market price. This law effectively destroys the idea of a land market, while doing little to eliminate corruption in land deals or ensuring good prices to sellers. Modi’s own changes to the UPA law have floundered in the Rajya Sabha, but he should shift his focus to a different front: making the right to property a fundamental right. Once this is done, he should commandeer forces to scrap the UPA law, and ask the states to do their own thing on land acquisitions.

More big bangs can be thought of, but five is a good number to achieve in the remaining three years of NDA-2.