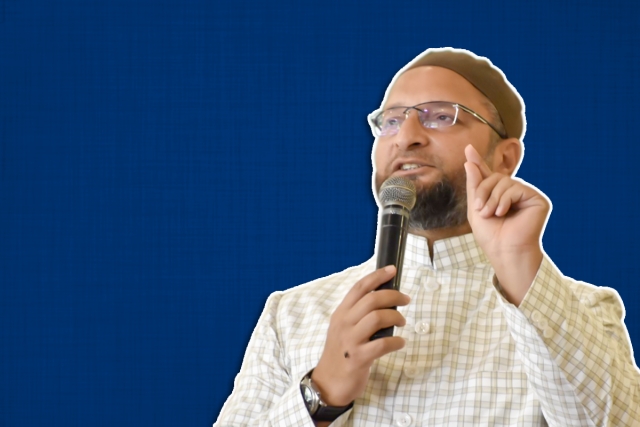 It is clear that the final National Register of Citizens (NRC) for Assam has satisfied no one barring those who want to claim that there is no illegal immigration problem at all. Asaduddin Owaisi of the Majlis-e-Ittehadul Muslimeen (MIM) crowed the other day that the “myth of illegal immigrants has been busted”.

Owaisi could not be more wrong. The fact that the Assam NRC did not throw up more than 1.9 million possible illegal migrants – the number may be whittled down further after another recount and verification – does not in any way show that India has no illegal immigrants problem. Rather, the problem relates to Hindu persecution in Bangladesh, and most of the illegals are probably Bangladeshi Hindus.

Owaisi should read the work of a 30-year research project by Dhaka University professor Abul Barkat to clear any doubts on this score. Barkat estimates that between 1963 and 2013, 11.3 million Hindus fled Bangladesh due to religious persecution. That’s an annual average of around 2.3 lakh (read the details here). If we were to add a few millions of undocumented Muslims migrating to India for improving their economic prospects, it is hardly possible to claim that the myth of illegal migration has been busted by the Assam NRC.

What the Assam NRC tells us is how not to go about proving who is a legal citizen and who isn’t. There are several lessons to be learnt from it.

First, asking people to prove in 2016-19 that they were citizens or descendants of citizens in 1971 – as stipulated by the Assam Accord – is plain and simple foolish. Nobody in those days had the kind of foolproof documentation we have today (Aadhaar, passports, driving licences, etc), and most of the people who provided documentation even from 1971 would probably have done so through ration cards and voter rolls – all purchasable commodities in those days. It is more than likely that many of those who made it to the final list were not legal citizens even then, though you can do nothing about it now.

Second, the fact that over four lakh people did not even try to contest their exclusions from last year’s draft NRC shows that illegal immigration is far more rampant than we assumed it to be. If four lakh people can simply melt away into the Indian state, it shows how difficult it will be to ever catch them. You can’t do it except through a national-level NRC, which would be hugely expensive and possibly counter-productive without the right sort of planning. With or without citizenship, illegal migrants can easily survive in India with local support from their communities.

Third, there is no point having an NRC without active partnership with Bangladesh. It is possible to identify illegal migrants only if Bangladesh provides details of its own citizens and their local identities. And this is not possible if there is an assumption that Bangladesh will have to take millions of its own people back. Persecuted Hindus anyway wouldn’t want to return, and Muslims with better economic prospects here may return only temporarily and then slip across the border when the brouhaha has died down.

The only way to get Bangladesh to cooperate would be to assure it that no one will be sent back, and that the only thing we want to ensure is that illegal migrants don’t end up being voters in both countries, and thus impact our politics negatively. If Bangladesh had its own Aadhaar database, it would be possible to exchange data when needed. We should offer Aadhaar to Bangladesh for free, along with the assurance that illegals staying here will not be asked to leave, but only removed from voter lists.

Fourth, the purpose of any NRC must be prospective, so that the attempt is only to control or regulate future migration. Trying to uproot people already settled in India in various states and jobs will not only be inhumane, but also economically disruptive to the local economy. Migrants are low-wage workers widely used in most Indian cities.

One reason why we didn’t find that many illegals in Assam – at least those who wanted to claim citizenship – is that they have already shifted base to other major Indian cities. Illegal Bangladeshis are now in large concentrations in states like Karnataka, Delhi, Maharashtra and Telangana, not to speak of West Bengal and Bihar.

In one line, the whole NRC exercise is failing because the government of India did not have a clear plan on what to do after the illegals are identified. The Citizenship Amendment Bill was an attempt to ensure that persecuted Hindus from Bangladesh, Pakistan and Afghanistan do not have to be sent back to their states of oppression, but this is not enough. You need a plan for all illegals, and the option no longer is about sending them back. It is about removing them from voters’ lists.

Yes, we do need a national NRC, but it needs to be compiled in stages after thorough checks, and everyone should be assured that not figuring in it does not mean deportation. And Bangladesh needs to be a partner in this.

Most important, illegal migration is not an Assam-specific problem anymore.