Nobody Is Taking Your Citizenship Away: CAA Explained For Those In A Hurry 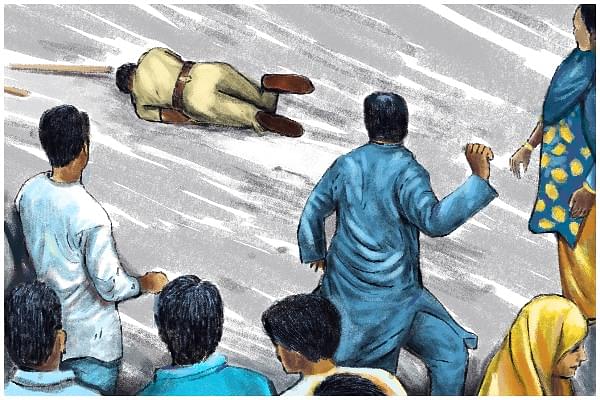 What does the CAA stand for?

What does the CAA do?

The CAA fast-tracks grant of Indian citizenship to the persecuted religious minorities of Pakistan, Afghanistan and Bangladesh (PAB).

The statutory process grants an applicant Indian citizenship after 11 years. After the CAA, the persecuted religious minorities from these three countries, who had arrived in India before 31 December 2014, will get it after five years.

All three countries being Islamic republics constitutionally, the minorities in these countries include Hindus, Sikhs, Christians, Jains, Buddhists and Parsis.

That’s all that the CAA does?

But why can’t Muslims from these three countries apply for citizenship?

They can. Nothing and no one has the authority to stop them.

But the CAA grants citizenship to only non-Muslims from Afghanistan, Pakistan and Bangladesh, as you said.

No, I did not say that. Please listen carefully. The CAA only fast-tracks citizenship for religious minorities of PAB. In place of 11 years, they will get it after five years.

And what about Muslims from these countries?

They will get it after the standard 11 years after applying.

So you’re saying that Muslims from Pakistan, Afghanistan and Bangladesh can still apply for Indian citizenship?

But why single Muslims from PAB out?

No community in either India or its neighbours is being singled out. The CAA is meant for religious minorities of PAB.

So does CAA mean instant citizenship for someone belonging to minority community in Pakistan who arrived in India yesterday?

No. They would have had to be in India for not less than five years, and should have arrived before 31 December 2014.

But wait, my friend tells me that the citizenship of Indian Muslims will be taken away if they cannot provide required documents.

The CAA is a law meant for non-Indians. How can it possibly affect an Indian citizen?

No, but what about this WhatsApp message I got. Look, it says citizenship of Muslims will be taken away after CAA.

I’m sorry, but your friend is spreading fake news. And in the context, it is dangerous and can lead to loss of life.

Please be careful before repeating such things in public.

So no Indian is being asked to show any documents?

But what is this I am hearing about the NRC?

Wait. So first do you agree that there is nothing to protest about in the CAA?

I guess so. But what about the NRC?

The one that is happening all over India.

Where? The only NRC that happened is in Assam.

And that was carried out on the orders of the Supreme Court of India.

Yes, but weren’t only Muslims asked to present their documents in that?

No. Everyone. Everyone. Hindu or Muslim or Sikh or Jain or Christian living in Assam had to submit his documents to the NRC desk.

And what happens to those whose documents are not in order? Are you telling me that seven lakh Muslims were not identified as outsiders in the Assam NRC?

So, do you know how many Hindus were branded outsiders?

But the pan-India NRC will apply only to Muslims, right?

Second, if it comes, it will apply to everyone. The government has made it clear that no Indian citizen will be put under any inconvenience.

Third, I am sorry to say, your original question is based on fake news. Please be careful.

But why bring this discriminatory law like CAA in the first place? Why not fast-track citizenship for everyone?

Huma Younus was a 14-year-old Christian girl in Karachi. She was abducted, and forcibly converted and married off to her kidnapper.

After completing the process, her abductor sent her conversion and marriage certificates to her family.

It is likely that her family will never get to see her again.

If families like these entered in India before 31 December 2014, they would get Indian citizenship in five years.

Are you telling me that they should get it after 11?

So then what exactly is your point?

Well let me get back to you. Something has come up at work.

Note: Alert readers pointed out that the CAA applies only till 31 December 2014 and no further. The article has been updated to reflect the same.