North Star Of The Indian Media Is In The South 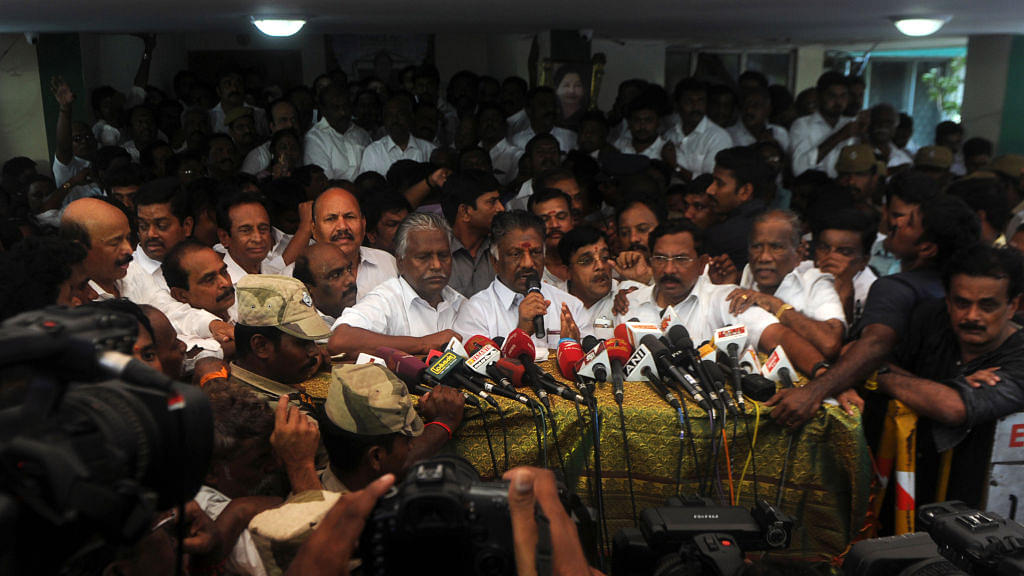 The tag of the “most trusted man in America” in the 1970s belonged not to any politician or priest or academic but to the legendary radio news broadcaster Walter Cronkite. He spoke with reassuring calmness and was known to be strictly unbiased. It was those times in America when the media was looked upon by the public as being on their side. But things have changed quite a bit in the following decades, with the current President calling out their leading broadcaster as, “I'm changing it from fake news, though.. very fake news.”

We can let out a smirk of schadenfreude, but things back home are not hunky-dory. Memories of the 'Radia Tapes' and the milking of the Gujarat riots for personal gains by many in the media cannot be erased. Though the “Sonia is unhappy” plants have gone down, the vested interests in media still stand out as potent force in the public space. Even in the coverage of current elections in Uttar Pradesh, the Economic Times is acting as if it is the mouthpiece of the Samajwadi Party (SP). Their main columnists flaunt their closeness to the SP leaders and do fawning interviews of its first family. Boasting about conversations on Ram Manohar Lohia over mattar samosa in Mulayam Singh Yadav’s palatial bungalow and later penning puff-pieces should hardly do the image of journalist any good. But they go about as if the credibility with the public is immaterial. It appears, as if, it would do no harm to either their personal growth in their organisation or to the brand of the newspaper with the reading public. It is as if the brazen, “You know, I am close to X”, flaunting of contacts and projection of faux-power is the only currency that matters. All isn’t well, to put it politely.

The objective of this column is not to wallow in the old muck, but to throw light on something that offers hope. Like the Rihanna song, We found love in a hopeless place, the place that media stole hearts and minds was in Tamil Nadu, where the citizens have sunk into semi-depression with their politics. Those who saw the coverage of riveting drama of the last couple of weeks on Tamil TV channels will applaud the coverage of Thanthi TV, Puthiya Thalaimurai and Polimer TV. Yes, Sun TV, Kalaignar TV and Jaya TV were utterly biased. But their bias is known and there is a bit of honesty in that. Contrast that with the self-proclaimed “unbiased and hard-hitting” English TV channels.

The striking aspect of these Tamil channels were that the content and the coverage were put as the lynchpins. Deep understanding of facts, clear articulation and command of the language of the anchors were embellishments to the content. When content is the hero, magic happens. Not only is the public informed but the level of trust in the channels goes up. In the fractious political landscape it would have been easy to be seen as biased, but that the anchors did not get swayed is credit to them, their institutions and the Tamil media industry in general, where sensationalism has not reared its ugly head as yet.

The anchors were not being mere messengers. They were analytical. While News18 and India Today were just breaking news, the Tamil channels were not just breaking, but providing the context and the larger ramifications. Rangaraj Pandey of Thanthi TV burnished his credentials and has come out as the most-trusted news anchor in Tamil media. Mind you, he did not become numero uno through displays of self-righteousness of a Rajdeep Sardesai or the vocal power of Arnab Goswami. It was by dint of solid old-fashioned journalism of incisive analysis and by being a fair arbiter in debates. (That Pandey is from Bihar did not matter much to Tamil public, who are many times accused as chauvinists). There was variety in the talking-heads too, bringing in refreshing perspectives. Quite dissimilar to studios in Delhi, where the same 20-odd people appear on debates for everything under the sun. Another impressive anchor who stood out in the Tamil media was Karthigai Selvan of Puthiya Thalaimurai

While the coverage in the print media were pretty much even, a few opinion pieces like “Tamil teri maa” by Sagarika Ghose got panned not for the derision but for lack of humour. It epitomised the old and smug Delhi elite that is out of touch with the funny, leave alone the zeitgeist. Blogger Krish Ashok provided moments of mirth by tearing into Ms Ghose and others with the “Amit Media” piece.

Another outlet that provided excellent coverage during the madness in Tamil Nadu was the Bengaluru-based The News Minute. With a handful of young reporters they ran a live blog that was lapped up by the breaking news addicts. This again proves that it is not the anchor or the technology but the content that matters to this generation of news watchers. Contrast this with Barkha Dutt’s sojourns with the mobile camera in Uttar Pradesh. It was still a Barkha Dutt show, the proverbial lipstick-on-a-pig stuff.

The coverage in Tamil Nadu offers teachable moments for media worthies in Delhi if they care. The English media has so much to unlearn and as much there is to learn. Some of the English TV people that rubbed shoulders with their Tamil counterparts at the Marina Beach would do well to put in practice their new wisdom during the upcoming post-poll analyses. Let’s see if they put their team and purpose above themselves. (A tangential point to ponder: the Tamil Nadu Ranji Trophy team performed very well for decades in spite of not having a star in their team.)

The anchor in English news channels should justify her position in the supply-chain. If she is going to be a white-collar tweaker of field correspondents' reportage, then she is redundant. In fact, the heropanti just distorts the flow of information. What has been evident is the huge demand of stable, unbiased coverage delivered by a trusted anchor. The old hands have baggage that will be impossible to shake off. This should inspire new talented anchors that are humble enough to see that they are secondary to both the news and the listening public, to replace the tired (and tiresome) old hats. Fresh, assuring and authentic voices will be welcomed. The media owner that identifies this is going to rake some good ad moolah.

The bedrock of democracy remains the trust of the people in institutions. Our fourth pillar should not be seen as floundering and weak. Momentarily, the media presented a best version of itself in Tamil Nadu. It felt as if the media stood up for the little man that is devoid of hope against the establishment. And, that is no mean achievement and is worth emulating.

The author pleads ignorance to languages other than Tamil, Hindi and English. He welcomes rebuttals that argue that the North Star of the Indian media is in the East or the West. But he is convinced that it is not in the North. And for full disclosure, Swarajya operates out of the South from Bengaluru.