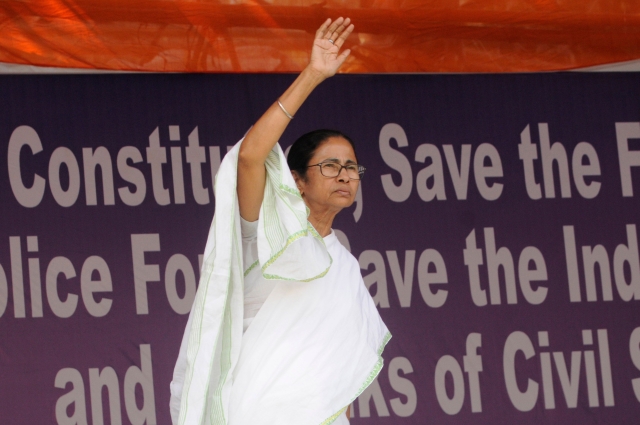 Neither the Centre nor the state of West Bengal come out looking good after the recent fracas over the Central Bureau of Investigation’s (CBI’s) efforts to question (or arrest) Kolkata police chief Rajeev Kumar, and the state police dragging CBI officers to a police station and filing complaints against them. The CBI, which moved the Supreme Court, won a partial victory when the bench ordered the Kolkata police chief to offer himself for questioning in Shillong, but restrained the CBI from arresting him.

There are several things wrong with these developments.

One, the CBI ought not to be seeking to question a serving state or city police chief, even if he is suspected of doing something wrong, without the state’s formal concurrence. This is fundamental in a federal structure. The fact that the CBI is investigating the Sarada scam under directions from the Supreme Court is no reason to transgress this federal separation of powers.

Two, several lines of authority are being crossed in this case. With Rajeev Kumar allegedly joining his Chief Minister’s dharna to “save the Constitution”, the Ministry of External Affairs has asked the state to act against him for this violation of service rules. The state, for its part, has defended Kumar, saying he was not part of the dharna, but merely present to consult the Chief Minister on some issues. The dual control of Indian Police Service (IPS) officers sent to states is a problem. They are bound to obey the state government’s orders for sure, but the administrative cadre is controlled by the Union Home Ministry. You cannot have law and order officials reporting to two bosses if you want to avoid chaos. In future, there ought to be clear rules on the primary reporting authority for Indian Administrative Service and IPS officers.

Three, the West Bengal police is clearly shown to be entirely partisan and compromised. It is under the thumb of the Trinamool government. Rajeev Kumar, the policeman at the centre of the recent storm, was handpicked by Mamata Banerjee to head a special investigation team to probe the various chit fund scams in the state, and the CBI has accused him of destroying evidence rather than protecting it. More recently, the state police have been complicit in denying the Bharatiya Janata Party (BJP) permission to hold rallies and this week the state even denied permission to Yogi Adityanath to land in the state. This is undemocratic. The state administration and the police are acting against the spirit of democracy, and possibly kowtowing to the dictates of their political masters – in this case the Trinamool boss Banerjee. This is not to suggest that things are any different in BJP or Congress-ruled states. But those who think the CBI is being dictated to by the Narendra Modi government to harass opposition parties, must also make the point that the West Bengal police is seriously compromised politically.

Four, in the case of the CBI, a bipartisan panel comprising the Chief Justice of India (CJI), the PM and the leader of the opposition in the Lok Sabha decides who the CBI’s boss should be. Similar bipartisanship now ought to be followed at the state-level too, especially when law and order is more a state subject than a central one. The CJI should not be directly involved in the appointment of CBI chiefs directly, for this can rebound on him if the CBI chief himself is accused of doing something questionable and the matter comes to court.

The best way out is for the CJI to appoint someone to join the panel, and this person should be empowered to take decisions independently - independent of even the CJI’s own preferences. This is the only way to insulate the judiciary itself from the charge of partisanship. Similar decisions ought to follow at the state level, with panels being set up to appoint police chiefs comprising the CM, the opposition leader, and a third independent person nominated by the Chief Justice of the high court.

India’s lawmakers and the judiciary are being seriously compromised by their direct involvement in politics and political processes, when they both have to be neutral to political parties and focus on defending the law and the Constitution.