Nupur Sharma Fiasco: Why Modi, BJP Leadership Must Communicate More With Its Support Base 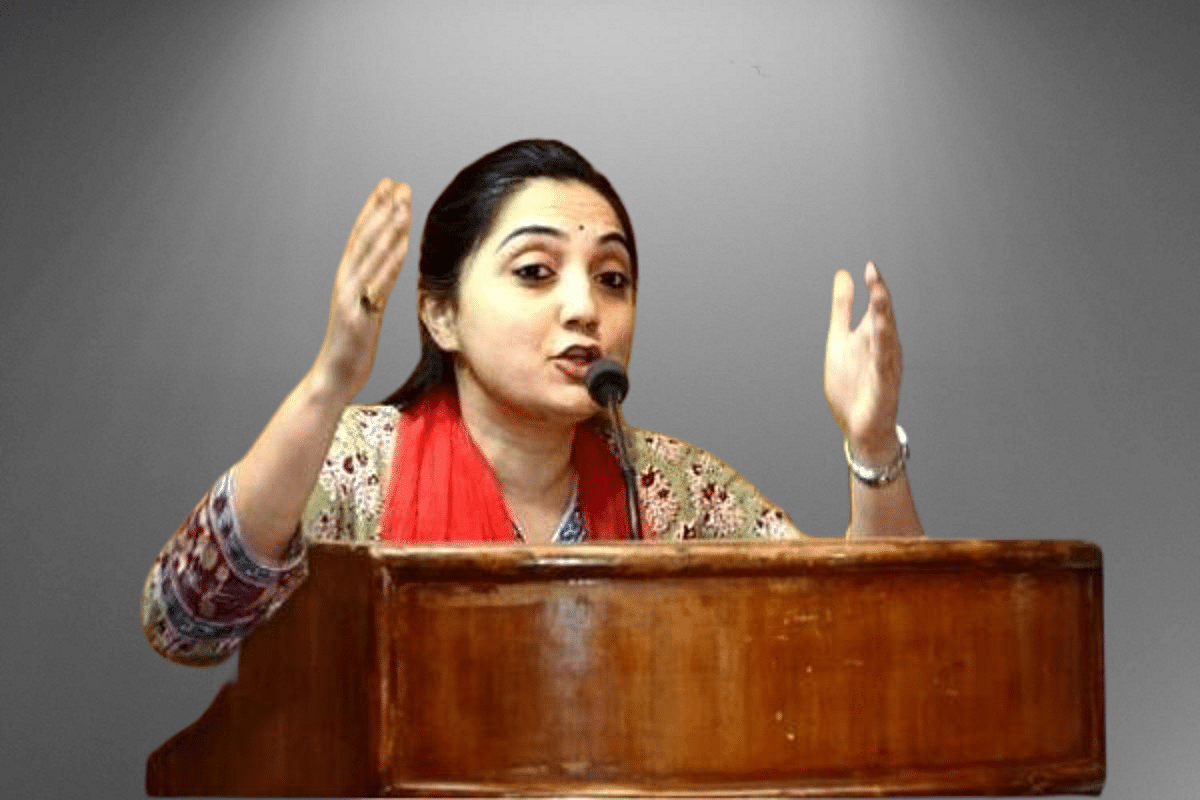 The Narendra Modi government has shot itself in the foot over the Nupur Sharma affair, where it has simultaneously dented both its own credibility in the Muslim world, especially in West Asia, and angered its core Hindu voter base in India.

By indirectly having to call its own party spokesperson as part of a “fringe” to propitiate an angry Gulf and Muslim world after Sharma’s outburst on national television about the Prophet, the Bharatiya Janata Party (BJP) has egg all over its face.

Sharma’s provocative comment is not the real issue; she was emotionally responding to attempts by Hinduphobes to mock the Shiva Linga. The real issue is the BJP leadership, and especially the Prime Minister’s lack of communication with his own party people and voter base on what to expect from his government, and how far they can go while making public statements on social media, or in that warzone called prime time television.

The core voter base expects steady forward movement towards protecting Hindu interests, and a directional and definitional guidance on “Hindu Rashtra” — what it should mean and in what timeframe the government expects it to be achieved. But the Prime Minister — or, for that matter his party and Sangh affiliates — have said nothing useful in this matter.

The voter base has kept quiet so far because Modi’s own charisma has been winning the party election after election, but that is not going to ultimately satisfy Hindu aspirations and expectations from his government. Sacrificing Nupur Sharma in order to fire-fight the blowback against India is one thing, not telling its own party and voter base what to expect needlessly allows extreme or actually “fringe” elements to precipitate a crisis that nobody wants.

The key questions Modi and the party need to address are the following:

One, is the BJP committed to its Hindu base and protection of Hindu interests in “secular” India, or will it head in the same direction as other “pseudo-secular” parties in order to propitiate the Muslim voter? If the BJP is just another “secular” party, it may still win a few elections, but its core base will seek another party that can better articulate its aspirations. Sabka Saath, Sabka Vikas, Sabka Vishwas is okay as a slogan, but is not enough in a democracy to win elections.

Two, while no government can promise a Hindu Rashtra tomorrow, the government needs to answer a simpler question: why is it that eight years in power, it is not able to do the simplest things that the voter base is asking for? Among them, a comprehensive rewriting of history books, or providing funds and support for Indic organisations and groups to fight for their causes?

Why is it still supporting Hinduphobes like William Dalrymple and other “secularists” in global fora, when it should be doing the opposite: starve them of government funding. Why is prioritising Muslim appeasement through exclusive scholarship programmes and other kinds of funding so important when the reality is the BJP is never going to win a significant chunk of the Muslim vote even if it crawls in front of masjids and offers madrassa students free Qurans and computers?

Three, why is the party not counselling patience to its cadres, when an expansion of economic and military power needs to be stressed over the next decade, and India has to become a $8-10 trillion economy? Why is it so difficult for the party to ask its cadres to not make statements that will disrupt the economic programme, and wait till size and scale are achieved before becoming more assertive on Hindutva? Did China not keep quiet for three decades, pretending to be a peaceful country, till it became the world’s No 2 economy?

Why can this simple point not be explained to the party’s eager young beavers, who want Hindutva today, tonight, this instant? Hindutva depends on India becoming an economic superpower, and not vice-versa. The BJP should learn from its own growth, where Mandalisation and economic empowerment of the OBCs preceded the growth of Hindutva.

Four, can the party not explain a simple number on why inflammatory statements are not needed right now? About 95 per cent of all global Hindus live in one country; but there are 153 Christian-majority nations, and 51 Muslim-majority ones, according to Pew Research.

If Indian Christians and Muslims so want, they can get the world to meddle in Indian issues, which is what happened when Nupur Sharma spoke about the Prophet, but if anything is done to Hindus anywhere, the world will just shrug it off. They will say: “That is your job, you have one billion Hindus and you can’t do a thing about the few million targeted in your neighbourhood?”

Five, if the Prime Minister can talk to millions of voters directly, through his periodic televised speeches, or his talk shows on radio through Mann Ki Baat, why does he find it so difficult to do a Mann ki Baat with his own support base, or, for that matter, his own party governments in various states? Why can’t he encourage his party to ask him difficult questions which he will not duck, so that they know they are backing the right man?

Six, why is it that a party with an absolute majority in the Lok Sabha, and an ability to cobble together a majority in the Rajya Sabha to pass difficult economic and social legislation, cannot find the gumption to free Hindu temples from state control? Among the difficult pieces of legislation passed are the nullification of article 370 and bifurcation of J&K, the unified goods and services tax, the Citizenship Amendment Act, and the ban on instant triple talaq. Why can’t the BJP at least introduce legislation in Parliament to free temples and see where it goes? But the BJP has not even begun thinking on these lines.

Seven, why is it that India, with little more than cash and intellectual resources, is not able to take its Dharmic case to global fora, and address the general publics of America, Europe and other regions, so that there is pressure from below in these countries to change their policies towards India? If yoga and meditation can be sold to the Christian west, why not the idea of a Dharmic civilisation that needs its own political space to be a contributor to global growth and well-being?

Diplomatic and social ruptures seldom come without a warning, and the BJP should learn from this episode and do two things: one, it must define itself clearly as a Hindu party wedded to Dharma, and explain what that means for its minorities, the rest of the country and the world; and two, explain to its own core voters what to expect in terms of policies and timeframes. The real problem is India’s best communicator has not communicated enough on difficult issues with both critics outside and inside his own voter base. This needs fixing.