What We Know So Far About The Declassification Of Netaji Files 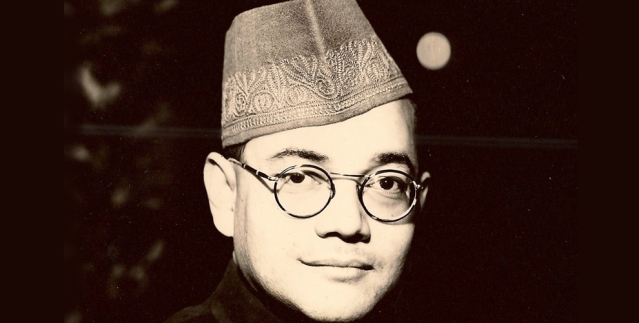 The central question  is whether these files tell us anything definitive about Netaji’s fate.

On 23 January Narendra Modi demonstrated that he means to keep his promise of declassifying Netaji-related files by releasing the first tranche of 100 files belonging to the Prime Minister’s Office (PMO), Ministry of Home Affairs (MHA) and the Ministry of External Affairs (MEA), most of which were classified until now. The Government plans to release the remaining files at the rate of 25 every month.

Coming in the background of a resolute state secrecy around these files maintained by the successive Governments, great expectations had naturally built up in the three months since the announcement on disclosure made by the Prime Minister on 14 October. However much one wishes, the political overtones surrounding the mystery of Netaji’s disappearance cannot be avoided. It has been, and remains a political issue.

While the BJP and its sympathisers went ballistic on how the historical narrative constructed by the Congress administrations is about to change, a nervous and cautious Congress tried hard to downplay the importance of the information contained in these files.

After the release of the files the situation has reversed. While the Congress has raised its pitch claiming that the released papers do not prove anything other than what they have been saying all along – that Netaji died in a plane crash in 1945, the BJP has gone in a cautious mode, asserting that it is not proper to jump to any conclusion until all the files have been declassified.

The Congress has also alleged that the BJP is trying to distort the historical truth with purely a political motive. Most news outlets have also highlighted the political contest besides opining that the documents only go to show how the Government has always held on to the story of Netaji’s death in 1945 and how that version is buttressed by the accounts given by so many people.

The question therefore is where does the truth lie? Do these files contain anything that debunks the story of Netaji’s death in the plane crash? What have we gained from this exercise? The last question needs to be answered first. The most important achievement from this exercise is a push towards greater transparency.

During the last one decade RTI queries by Mission Netaji were rejected on national security grounds – the routine contention of the Government has been that disclosure of information on Netaji’s disappearance would lead to law and order disturbance and relations with foreign countries would be damaged. The disclosures, which has led to no rioting and has made no foreign country angry, amply demonstrates the false paranoia of the Government and legitimately raises the question if there is something more than meets the eye.

The very fact that this exercise of declassification had to become such a public event is a pointer to a breakaway from the culture secrecy maintained by earlier successive Governments. Instead of allowing this event to become a one-off one, this process should be encouraged to be institutionalised where documents are routinely declassified and does not need a prime ministerial intervention.

It is time to set up an autonomous body to monitor and drive the routine declassification process. The Central Information Commission too needs to review the uncritical acceptance it provides to the Government objections whenever it raises the issue of relations with foreign countries.

The central question, however, is whether these files tell us anything definitive about Netaji’s fate. The short and direct answer to that question is that they don’t. But that is not unexpected. My colleagues and I, who have been deeply involved in this issue, have been writing for some time that these files won’t give any new information.

Expectations of a revelation have been high primarily amongst those who are not familiar with the contours of the case. Others who are running down the information present in these files are driven only by political interest.

Firstly, it is important to keep in mind that not all of these files are directly related to Netaji’s disappearance mystery. Many are just about the Government’s internal communications on how to deal with the mystery, opinions of several other players who had interacted with the Government at different times, as well as communication with foreign countries.

Secondly, all the files which are related to Netaji mystery were critically assessed by the Justice Mukherjee Commission of Inquiry (JMCI) which investigation Netaji’s disappearance from 1999 to 2005. If these papers were sufficient to have reached the conclusion that Netaji did not die in the plane crash, the Commission wouldn’t have had to investigate the issue.

After talking to hundreds of people and consulting other documents provided by deponents, Justice Mukherjee reached his conclusion through a comprehensive investigation, not only on the basis of the aforementioned papers.

Thirdly, not all files have been released yet. Therefore, it is premature to jump to a conclusion just yet. The remaining files might throw up some unexpected information, although the probability is low.

Fourthly, as we have been consistently saying, declassification of these files – a great step forward in itself – will not be enough. The files which will have more information are the ones under the custody of the intelligence agencies.

There has been no announcement from the Government yet on whether those files will be released in the public domain. In addition, papers from the Russian, Japanese, Chinese and Vietnamese archives need to be assessed if and once they are delivered to the Indian Government. No less important is to read these files along with those belonging to the JMCI, which were declassified after a long campaign by Mission Netaji in 2012.

The lack of any clinching evidence emerging from these files, however, does not reduce their value in any way. These files will help in a critical study of the Government’s attitude towards the issue – unchanging, but cautious and tentative.

One of the most important amongst these files is the one which lists out the UPA Government’s treatment of the findings of the JMCI, which categorically rejected the story of Netaji’s death in a plane crash. The then UPA Government had rejected the report in a couple of lines without giving any reason.

The current tranche of files declassified contains deliberations on the reasons, which were kept secret by the Government, probably fearing strong public criticism of the grounds on which the report was rejected. Now that they are in the public domain, a public debate is very likely to throw the issue open once again.

If anything comes out clearly from this exercise, it is that the issue is far from a closure. Only a multi-disciplinary special investigation team with extraordinary powers to summon individuals and documents and to provide exemption of oath of secrecy to Government officials can drive this issue to a closure.

Hopefully there will be enough public noise to make the Narendra Modi Government to move towards that direction without allowing the cynicism of the naysayers to consume the debate.