One Nation, One Poll: An Idea To Explore For Better Governance 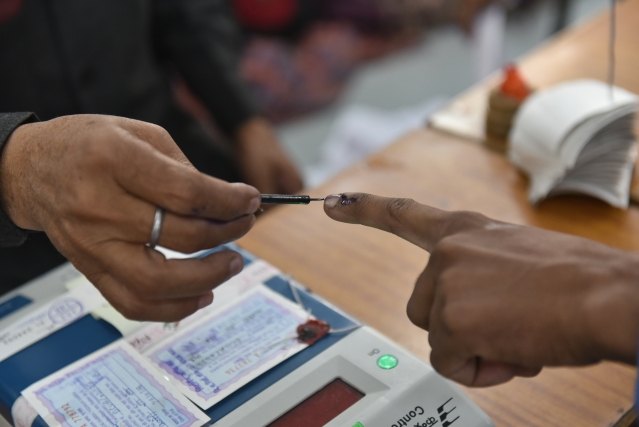 In fact, this concept is nothing new. Two reports of the Law Commission — 170th report in 1999 and 255th report in 2015 — broadly talked about electoral reforms, funding of elections, false affidavits and criminalisation of elections.

Dr Bibek Debroy and Mr. Kishore Desai, during their stint at NITI Aayog, authored a paper, which details a possible, non-exclusive plan for conducting simultaneous elections.

In 2016, there was a discussion on MyGov — the citizen engagement platform of the government, on the feasibility of simultaneous elections.

The 79th report of Rajya Sabha on public grievances talked about ‘a’ possible plan on simultaneous elections and also addressed some of the reservations about the idea.

In fact, the Indian nation-state democracy started out with simultaneous elections. Lok Sabha and state elections were held together for a long time. Only after 1967, the election cycles diverged as the term of the state governments were cut short in many cases.

In the perfectly ideal scenario, Lok Sabha, State Assembly and the third tier — local bodies’ elections (which are looked after by State Election Commissions) — should be held simultaneously.

However, it may not be feasible to combine all three elections from the start. It is, however, possible to move towards simultaneous elections incrementally in stages. To start with, the Lok Sabha and the State Assembly elections can be combined and then eventually local bodies’ elections can also be synchronised.

Simultaneous elections are desirable due to many reasons.

Model code of conduct: This is the most important argument in favour of simultaneous elections. The model code kicks in the moment elections are announced and lasts for 2-4 months. During such time, no public decision making or public expenditure can be done and therefore no government contracts can be issued. This is a drag on governance.

Availability of security forces: Security forces, central armed forces and poll officials are tied up during elections which causes general disturbance to governance. Multiple elections also tie up poll officials multiple times for training, administration, election management and counting. Of course, simultaneous elections may make it tough to muster poll officials in sufficient numbers in a shorter window, but it will be one of the operational issue to resolve.

Continuous elections disrupt public life: The country being in ‘poll mode’ on a constant basis puts a cost on governance. The elected representatives are forced to optimise their decisions for polls — sometimes at a regional level and other times at aggregate state or national levels. Policy making should be optimised for better administration and not for votes.

There are, of course, criticisms against simultaneous elections too, but they can be rationalised and provided for.

Is it operationally feasible?: Taking the narrow definition of only Lok Sabha and State assembly elections together, does the Election Commission of India have enough EVMs, polling officials, polling booths, transportation facilities etc.? As of now, the operational feasibility can be extended to all areas except two: polling officials (not security forces) and EVMs. So, a decision for simultaneous elections will have to solve these two issues.

Constitutional and legal issues: Any move towards simultaneous elections will require modifications to Representation of People Act, 1951. At the time of implementation, the term of state assemblies will have to be cut short to synchronise with the term of the Lok Sabha. More importantly, the houses of peoples’ representatives would have to be accorded fixed five-year terms. Any motion of no-confidence will have to be concomitant with a motion of confidence — such that if the government of the day falls, it can only fall with an alternative available. These decisions will need political capital and consensus building.

Adverse impact on voter behaviour: There is a notion that simultaneous elections favour national parties over regional parties. This objection can be overcome using data for states where there are simultaneous elections. In fact, empirical data shows that voters are discerning. Just to take examples from the 2019 election cycles, while the Bharatiya Janata Party did very well across the country, in Odisha — where state elections were simultaneously held — the Biju Janata Dal, a regional party, won the state election easily and also performed very well in the Lok Sabha.

Having multiple elections through the year, puts a huge burden on the exchequer and keeps large amounts of human resource away from their core work, which would have otherwise contributed productively to economic activity.

One Nation, One Election is not a binary or an overnight decision. However, with proper planning and some supplementary electoral reforms, it is both doable and desirable.

The author is Head of Research, Smahi Foundation of Policy and Research. She is based in Mumbai.