Owaisi’s Anti-ISIS Call Is Welcome, But Does Not Break The Spell Of Islamism 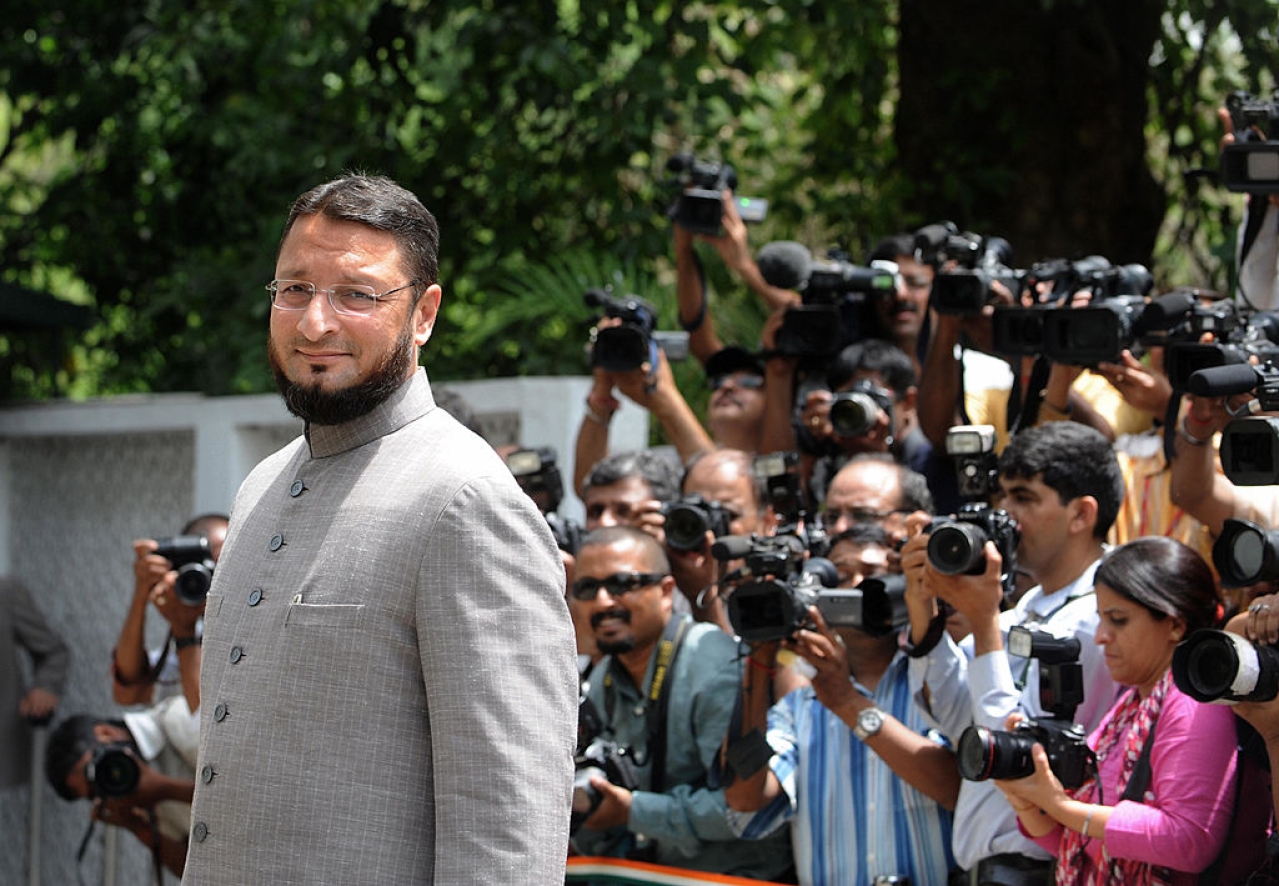 Asaduddin Owaisi is an interesting character. The boss of the Majlis-e-Ittehadul Muslimeen (MIM) is a Jinnah-wannabe, but without its anti-national connotations. His goal is to create a Muslim party that can pass off as secular in the Indian context, and then negotiate deals as an equal with caste- and community-based parties like Samajwadi and BSP, not to speak of the BJP or Congress.

The Muslim space in Indian politics is largely vacant, as the various “secular” parties have clearly failed the community. Barring Kerala, where the India Union Muslim League has clout precisely because it is a Muslim party using favourable community demographics to dominate any UDF government, Muslim aspirations have been subsumed into broadly “secular” parties which have not delivered. This is where Owaisi sees space for his party to grow.

Growth depends on projecting a nationalist image with Islamist overtones, failing which MIM’s rise as a Muslim party will only facilitate counter-polarisation towards the BJP. This forces Owaisi to run with the communal hares and hunt with the ‘secular’ hounds. The fact that he is a Shia, which is a minority within Indian Muslims, also needs him to be shriller than the rest on some issues.

It is in this political context one must see Owaisi’s statements and gambits. He needs to refuse to say ‘Bharat mata ki jai” to distance himself from the BJP, and yet denounce the “secular” parties for failing Muslims. He needs to curry favour with jihadists by protesting against Yakub Memon’s hanging for his role in the Mumbai blasts, and yet rail against Islamic State (ISIS) so that he can prove he is no rabid Islamist.

But if you parse his recent statement condemning ISIS, you will notice a struggle to find the right balance for his political schizophrenia.

His statements against Islamic State are over-the-top and hardly a rebuttal of that terrorist organisation’s Islamism. In trying to be anti-ISIS, he has effectively used the same ideas that make ISIS a potent threat.

By calling ISIS “jahannum ke kutte” (dogs of hell), he has substituted abuse for a reasoned critique of ISIS that Muslims can buy into. Some time ago, when he made similar noises against ISIS, voices on the social media asked him to shut up.

Secondly, Owaisi does not make a case for secularism by discarding Islamism. Instead, he says that ISIS has nothing to do with Islam and asked other Islamic groups to destroy them. This is no different from ISIS’s own claim that only it represents true Islam. If you are going to claim only you represent true Islam, it is Islamism that gains validity, not secularism.

According to this India Today report, Owaisi said that “ISIS is not only un-Islamic but acts as a tool in the hands of Western forces who are enemies of Islam.”

This again plays into the hands of Islamists. If the west is an enemy of Islam, how is MIM’s position different from that of ISIS, which too claims to be fighting Islam’s enemies in the west? If the west is the enemy, why should various Islamist groups be fighting among themselves for supremacy?

So he calls on other Muslim groups to band together to defeat ISIS. “We may be Sufis, Shias, Deobandis, Barelvis, but to end these pests – IS - we must unite under the Prophet.”

At the end of the day, for MIM it is Islam and the prophet that are supreme, and not any proclaimed belief in secularism.

Owaisi’s diatribe against ISIS – though welcome in a tactical sense for defeating this scourge – does not do anything to combat the long-term threat from Islamism. On the contrary, it merely says that Islam is in danger from some outfits like ISIS. Which is the reason they must be destroyed. The danger of Islamism is as real with an Owaisi as with an ISIS.

What Owaisi’s statements against ISIS show is the power of Islamism and fundamentalism, however much they may want to deny it. Few Muslims parties want to distance themselves from fundamentalism. This is why even in literate Kerala, some 15-20 young men and their spouses abandon their families to fight for ISIS.

As Salman Akhtar, brother of Javed Akhtar and a professional psychoanalyst in the US, notes, fundamentalism solves one problem for human beings: it brings certainty, when the burden of sanity forces us to live in ambiguity and uncertainty.

Islamism is enticing for Muslims – even recent converts - because of the certainties it promises, which enable even thinking human beings to abandon reason and rush to do things that we would normally consider evil.

Akhtar says sanity carries with it six burdens which we have to live with: the burden of factual uncertainty (since the ultimate truth is always elusive); conceptual complexity (ability to interpret the world and choose the right path); moral ambiguity (how do we judge other people’s actions with certainty, when each situation is different?); cultural impurity (we always want to be pure something, when we are all of mixed blood; and no religion is pristine; all religions have deep external influences); personal responsibility (how do we take responsibility when something may or may not be our fault?); and mortality (the certainty of death, which we all want to deny).

Religion, especially Islam, removes the burdens of sanity by offering certainty when there can be none. Christianity solved the problem by separating the spiritual domain from the temporal, thus offering certainty in one sphere and complexity and ambiguity in the other; Hinduism and other Indic religions offer no certainties beyond the vague promise of karmic certainties, which is satisfying if you are just in search of the truth, but not if you want certainty in this life and guaranteed success. While Islam and Christianity offer a destination, Hinduism offers a journey of discovery, with destination not guaranteed.

Fundamentalism is insanity posing as sanity, and Owaisi’s critique of ISIS shows that he is unwilling to let go of his Islamic certainties when humanism is the answer, not Islamism.