Pandemic Surge In North East: Why The Government Must Act Now 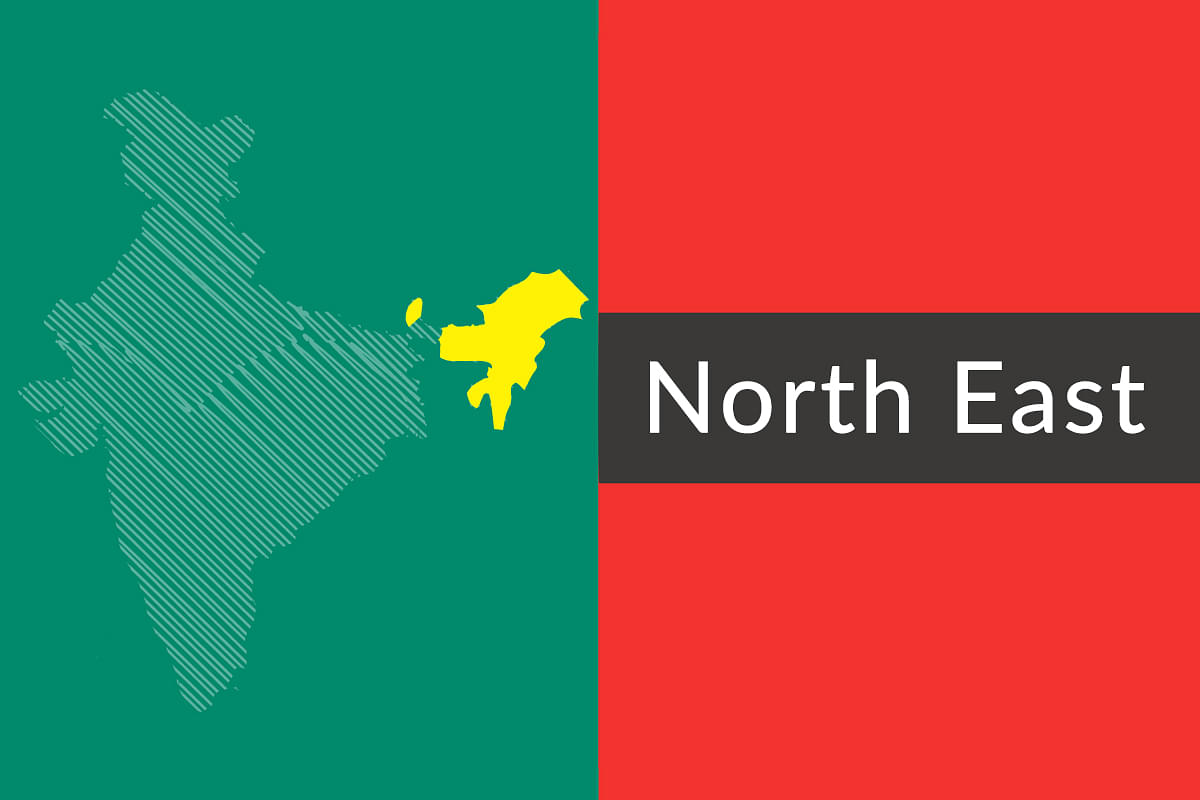 It is the way of the Wuhan virus, that it takes not just miles, but lives too, if given even an inch. That inch appears to have been given in the North East, where multiple clusters have started proliferating vigorously since late June 2021.

This is unfortunate, since that part of the country had largely been spared the horrors of the first and second waves, which devastated everywhere else. Consequently, it is now a priority that the situation in the North East be brought swiftly under control, both to save lives, and to prevent these clusters from triggering waves in other states.

No doubt, the risk this situation poses is nowhere near as dire as those posed by Kerala and Maharashtra, but it cannot be, that the Chinese contagion continues to fester in select pockets, and undoes the ongoing vaccination drive, by mutating virulently or spreading once more.

Mercifully, the population numbers in seven of the eight northeastern states are tiny, meaning that a concerted effort can clamp down matters swiftly; plus, data analysis shows that Assam, the biggest of the eight, is manfully, albeit slowly, bringing the crisis under control.

As the chart below shows, daily case counts in the state have been rising consistently since late June 2021. This is in step with regrettably declining testing levels. As a result, the test positivity ratio (TPR; daily cases by daily tests) has been rising over this period, and the cumulative positivity (CP; cumulative cases by cumulative tests) has entered into a very high plateau of nearly 20 per cent.

The indisputable inference is that testing and tracing needs to be ramped up, to about 5,000-8,000 tests a day within this week.

The daily case count in the state is seen to enter into a plateau, instead of declining. This is on account of testing levels plateauing. Consequently, both the TPR and the CP are rising.

The only saving grace is that positivities are still at moderate levels, which means that boosting testing levels to near 10,000 a day, immediately, would induce a sharp turnaround in the situation there.

The state actually passed its peak in mid-May, two months ago, and had entered into distinct decline.

However, that decline eased into a plateau by mid-June, and is now in fact, rising again. This is due to grossly insufficient testing; the state is barely able to consistently test an average of a thousand samples a day.

As the chart below shows, the TPR is showing high fluctuations, which is clear evidence that the testing policy needs to be tightened up with immediate effect.

The TPR, which had come down to 5 per cent in late June has risen again, and the CP, which had been in steady decline, has started now to plateau at an unacceptable high level of 13 per cent.

Like in Nagaland, Manipur too, had successfully crested its epidemic peak in late-May, but a distinct slackening of monitoring has allowed the situation to slip away again. Cases have gone up, and so has both the TPR (16 per cent) and the CP (13 per cent).

The state administration has responded by sharply raising testing levels in the past week, but it is clearly not enough. Manipur needs to hold at above 10,000 per day for at least three weeks, consistently, if it is to bend sharply rising curves.

Most importantly, the rising slope of the CP (orange curve in chart below), indicates just how much more work is needed to be done here, quickly.

The situation in Mizoram is perhaps the worst in the North East. The state is yet to peak, even months after the second wave arrived there. Daily case counts are still on a distinct rising trend.

The reason is that testing is being carried out in a sloppy manner. There are entire days when no testing happens (note the gaps in the purple curve in chart below), as late as this month. In addition, the last five days show a consistent declining trend in testing.

As a result, the TPR exhibits wild fluctuations, as it continues to rise unhealthily into the double digits this week. Worse, the rate of rise of the CP, too, has gone up. These may not be too high, thankfully, compared to other states, but they still have to be reversed quickly if an upward spiral is to be avoided, and the only way to do that is to enhance testing and tracing in the next few days.

The data says that if the Mizoram government does indeed do so, then it will see the beneficial results within 10 days.

Like Nagaland, Tripura too began to exhibit a minor rising trend in daily cases from late June 2021. This was unfortunate, since the state had crested the peak in May, while admirably keeping both positivities, TPR and CP, at low levels.

But a minor slackening of testing was enough to permit a minor resurgence, and to keep the CP in a plateau.

However the data shows that heightened testing in the past week is showing results, with the case count, TPR, and CP all starting to decline. If the state can maintain this approach, then it will be well in the clear within a fortnight.

Daily case counts in the state have remained in a plateau for over a month now, after having peaked in mid-May 2021. The reason, as is so often the case, is a stagnation of testing levels.

As a result, the TPR has been fluctuating wildly (another direct indicator of inadequate testing), and rising in the past week to double digits. The state government does not have the liberty of letting this situation linger, since that is precisely when fresh clusters will start mushrooming.

It has to understand that testing is the only monitoring tool at hand, and one which will have to be redeployed, to test at least 8,000-10,000 samples every day, consistently.

If Meghalaya can manage that from this week onwards, then the results will be seen soon thereafter, since the population is so much smaller.

The state has managed the epidemic situation fairly well thus far. TPR is under 2 per cent now, and on a declining trend; CP is under 4 per cent, which, by the national yardstick, means that a jurisdiction is in the clear.

However, daily case counts have neither declined to requisite levels, nor is the decline happening at a necessary rate. In other words, the decline of cases is too slow.

For such low positivities, the daily case count should have been in the few hundreds, rather than the few thousands it is now. This is a dicey situation, since it is precisely at such points that a resurgence can take place.

The reason for the present situation is obvious: a stagnation of testing levels, allied with inconsistency.

Therefore, if the state government can just maintain testing levels at a minimum of 1.3-1.4 lakh tests a day, without weekend breaks a la Kerala, that would in fact be enough to accelerate declines. If it can raise testing to 1.5 lakh a day in the short term, say for a fortnight, then even better.