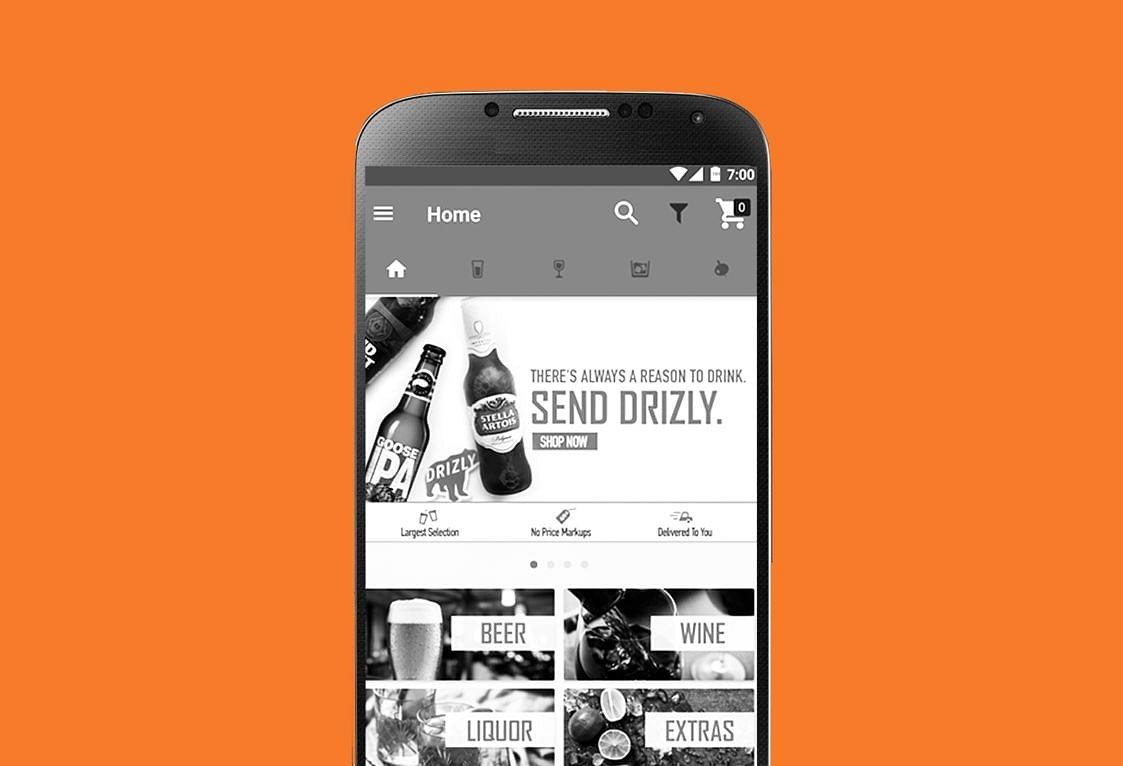 As liquor vends opened in the country after a gap of more than 40 days, masses rushed to get their supply, which resulted in serpentine queues.

The crowds that gathered outside the liquor stores were so big that social distancing became impossible and the police had to close down shops in some areas and even lathicharge the unruly mob.

It’s the distrust in the government which is the main culprit behind the scenes that played out today in front of liquor vends in various parts of the country.

In recent years, shock policy announcements or decisions by surprise has become a norm, which has created a lot of unpredictability which is very harmful for the relationship between the citizen and the State.

As far as liquor is concerned, there was no reason for closing shops during lockdown.

But the whole bureaucratic, mechanically moral approach which classified alcohol as a non-essential good came in the way.

But as states and people soon realised, liquor is very much an essential item, given how much both have got increasingly addicted to it.

Nonetheless, the least one can expect from the government is some honesty.

If it had communicated to the people the real reason for allowing liquor supply to resume (and why it would be very hard to stop it again), then, maybe, people would’ve not rushed to stock up on it in huge numbers on the first day itself.

But some discerning citizens are asking a different question, which is far more important given the current crisis: why can’t they order their liquor online?

Social distancing would be maintained and there would be no need for police deployment at liquor vends. As a consequence, this limited resource of personnel could be deployed somewhere else where needed. States would also not lose out on revenue, resulting in a win-win for everyone.

Why can’t you order alcohol online then? The answer is the licencse raj in liquor policies which is in place without exception across the country.

The love for licence raj must be so that secular that governments right from the left, to the Congress to the right BJP and regional parties prefer it over the free market model.

Since alcohol is a subject in the state list, the number of laws are as different and complex as the number of states themselves.

But, essentially, there are two main models of how liquor is sold in the country.

First is in states like Tamil Nadu, where government body TASMAC has a monopoly over wholesale and retail vending of alcohol.

The second is the auction model where the government invites bids from private players for obtaining liquor licences.

The government announces a fixed number of liquor vends it wants to have in the state.

There are a certain number of vends available for bidding in a particular zone.

Players bid for a vend on submission of a fee (consisting of refundable and non-refundable amounts).

Bidding war runs into lakhs or crores of rupees depending on the locality of the vend — posher the locality, higher the bidding amount.

This year, a liquor vend on the Mehrauli border in Gurgaon was auctioned for Rs 17.52 crore.

Without much effort, every year, the state governments earn thousands of crores of rupees from this auction process and the licence fees (which vary depending on types of liquor one sells).

The licence fees are received not just from new applicants but also from the old ones because every licence must be renewed annually.

States also amend the excise policy every year along with licence fees and tax rate on liquor on a per litre basis — all this induces huge uncertainty for the players in the market.

Now, imagine an entrepreneur, who looks at the liquor market and wonders why people have to go to their nearest store to buy a bottle of liquor when everything else is being delivered at home with such ease.

And he tries to solve the problem by launching an app which takes your order and delivers it to you for a small fee.

GetTalli.com tried to do exactly that. But the police booked its founders, two Chandigarh youths, under sections 120 (criminal conspiracy) and 420 (cheating) of the Indian Penal Code (IPC), along with Section 61-1-14 of the Excise Act of Punjab for their ‘transgression’.

This section 61(1) is particularly interesting because it deals with penalties that will be slapped if one is found violating regulations related to transport and possession of alcohol.

Like Punjab, other states heavily regulate who can transport liquor and how much. Ditto for possession.

States like Maharashtra require a person to have a licence from the government even if they want to drink at home.

And you can be slapped with a challan if you are found in possession of even a single liquor bottle in your car by the Traffic police.

The liquor excise policies of the states are full of such terrible regulations.

In the Punjab case above, a crime branch official revealed the reason for cracking down on GetTalli.

“Liquor vends in Chandigarh for 2016-17 have been allotted and a licence fee of around Rs 200 crore had been collected. Through this online sale, the accused had set up a virtual vend and caused revenue loss to the department,” he said.

This licence fee is a major attraction and the main reason why online delivery apps are not tolerated by the government.

Why would anyone give the government crores of money in licence fees when they can set up an online platform for free to deliver the same bottle of alcohol to customers?

Hip-bar, a Bengaluru-based startup, didn't launch its e-delivery of liquor like GetTalli, i.e. without informing the government.

In 2016, Karnataka lost almost 2,000 liquor stores after the Supreme Court ordered closing down of those which were near highways.

Many stores started home delivery on their own without following any precautions (like the age verification).

Hip-bar approached the Excise Department to carry out a pilot project for online delivery of alcoholic beverages with full oversight and developed tools for the government which could help it “monitor the operations, track movements, provide real-time reports on orders generated and fulfilled from its system, and enforce stringent age verification processes.”

Hip-bar ran the whole pilot project with its own money and presented a full report to the government.

But a year later, in 2018, the government rescinded its Letter of Authority to Hip-bar before the completion of the project.

The novel startup approached the High Court but lost the case.

The project was a great success — 61,000 deliveries with 100 per cent age-verification and 175 orders were denied due to age issues of customers.

But none of this mattered. The other stakeholders — the cartel of licensee vends — can’t afford to allow that.

Remember, they pay crores in the bidding war to win a particular vend and then pay licence fees to sell the liquor.

Without an online delivery option, the residents of the area where the vend is located are like beholden customers to them.

Their interest lies in keeping the consumer this way. If you have won a vend in bidding for Rs 15 crore and a nearby competitor won his vend for Rs 5 crore, can you imagine the consequences of having an online delivery startup?

That’s why when anyone tries to change the status quo, vested interests make them back down.

In 2018, the then Maharashtra government was toying with the idea of online retailing of liquor. “The main objective is to reduce growing cases of drunken driving due to which there have been many accidents and resulted in great loss of lives,” Minister of State for Excise Chandrashekhar Bawankule had said.

But the policy proposal was dumped soon after some outrage followed.

One hopes that at least this pandemic will force the state governments to revoke the licence and auction raj in their alcohol excise policies thereby breaking the cartel and allow online delivery of alcohol.

There is no need to pretend to care about the health of the people. If that was the case, cigarettes and bidis won’t be available at every other corner without anyone checking anyone’s age.

Unlike alcohol whose consumption in moderation isn’t harmful, cigarettes smoking adds to health risk with each puff.

It’s time to drop the faux morality and get real.