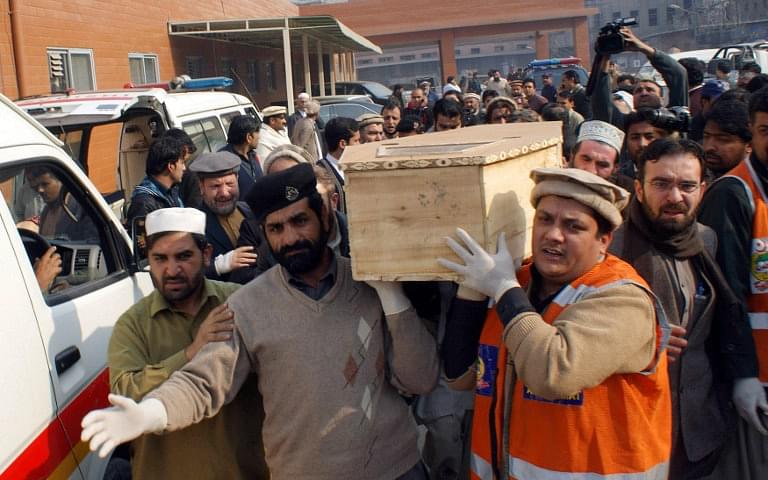 Swarajya condemns the massacre of children at Peshawar by fundamentalist forces. Beyond the theologies and ideologies that divide us and beyond the national borders ​that break us into fragments, we as humans share the grief of the parents who today bury their children with tears. We all lost our humanity when some of us humans shot dead unarmed, innocent children in cold blood. Inhuman violence of this sort numbs us.Is our humanity so fragile that we are not even moved by the plight of an unarmed, innocent child whom we place in front of the muzzle of an AK-47? We remember the intentional killing of children at Akshardham in 2002; we remember the inhumanity of placing bombs in the government hospital with the maternity ward.We remember along with the children of Peshawar the child victim of the violence perpetrated by every theology and every ideology: in the Hindu-Muslim riots in India, in the bombings of Israeli-Palestine conflicts, in the 1971 genocide perpetrated in East Pakistan, in the 1984-genocide of Sikhs, in the 1988 ethnic cleansing of Kashmiri Pandits, in the genocide unleashed on Yazidis.

These children got martyred for no religion​;they got martyred for the loss of humanity in every one of us who value political ideology or religious belief above our innate humanity. We can never lose sight of our basic human compassion for any ideology, howsoever lofty that ideology may be. We cannot devalue an individual human life for any religious belief, howsoever consoling and enticing its promised paradise be.The blood-soaked school in Peshawar is a testimony to the beast lurking in all of us. The men who killed these children were once children themselves; who knows there may have been even a person who would have been a loving father back home to his own children. And it was the ideological/theological blindness coupled with collective beast taking over the individual, which led to these sons of parents and fathers of children kill the innocent children and shatter hearts of the parents who are now destined to live a life with painful memories — lives worse than death.

Let us remember the martyrdom of these children. They have been martyred so that each time we are ideologically stirred to forget our humanity​,​ we will be held back by the memories of their innocent eyes and the images of their blood-soaked school bags. Let that be an eternal memorial in our hearts and let the flame ever be there burning. Let no Taliban, Hitler, Stalin or Mao have the capacity to extinguish that flame.