PIL For Tobacco Ills; But Should Courts Be Deciding If LIC Should Invest In ITC? 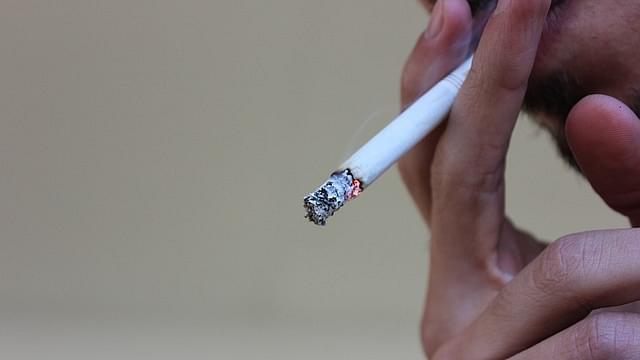 If public sector companies should not invest in tobacco companies, shouldn’t the government itself stop benefiting from taxing sin goods like tobacco?

A group of busybodies, including the Managing Trustee of the Tata Trusts, R Venkataramanan, a Tata Memorial Hospital surgeon, a Bharatiya Janata Party (BJP) member of Legislative Assembly (MLA) and some others have filed a public interest litigation (PIL) in the Bombay High Court seeking a direction that government and its insurance companies must sell their collective 32 per cent stake in ITC, worth over Rs 1 lakh crore. Their logic: public sector companies must not invest in tobacco companies since smoking causes cancer.

On the face of it, the PIL makes sense, since tobacco is indeed an enemy of public health. And insurance companies like LIC and GIC, which pay out large sums to people dying of cancer, logically should not be investing in a company that causes them to lose money.

Unfortunately, the arguments are not all that strong when one examines them closely. Not because it is fine for government-owned insurance companies to invest in ITC, but because the logic works both ways.

First, if it is a sin for insurance companies to make money from tobacco shares, it is equally a sin for governments to collect oodles of tax from tobacco, pan masala, gutka and liquor products. The world over, governments collect money from cigarettes and booze, and use the money to bankroll other socially important expenses. So, to pretend that only the insurance companies are at fault is silly. Cars cause pollution, but governments routinely collect taxes from this sector, and possibly subsidise public transport with it. Once again, this shows that taxing nasty things to finance good things is well-established public policy. Insurers may be doing the same – earning from tobacco profits to pay for those dying from it. The only question one should ask the insurers is whether they have worked out the costs and benefits from this trade-off.

Second, one cannot ask public sector companies, which compete with private insurers, to do something that one would not ask the latter to do. If insurance companies are to be barred from tobacco-related investments, so should private insurance companies. The point is, companies make investment decisions based on expected gains from share price appreciation or dividends, and not the expected social impact of their decisions. If tobacco is bad for public health, the right way to go about it is to discourage its use, and ultimately eliminate it through high taxation and educating the public on the harm it causes.

Third, even in the case of ITC, as the PIL itself shows, the company derives less than 50 per cent of its revenues from tobacco (47.83 per cent) but over 85 per cent of its profits. What this suggests is that tobacco profits are driving the company’s growth into non-tobacco segments like packaged food and FMCG products – which is a healthy development. In other words, profits from tobacco are being put to good use. So when the insurers participate in ITC, they are also encouraging this shift in business priorities.

It is not my case that tobacco is good and that insurers must be allowed to do whatever they like to boost short-term profits at the cost of damaging public health.

But before doing that, isn’t it better for the government itself to stop benefiting from taxing sin goods like tobacco and alcohol? This is a point one has raised before.

The courts should not get into this cost-benefit analysis, driven by moral outrage over how insurers are making their money.