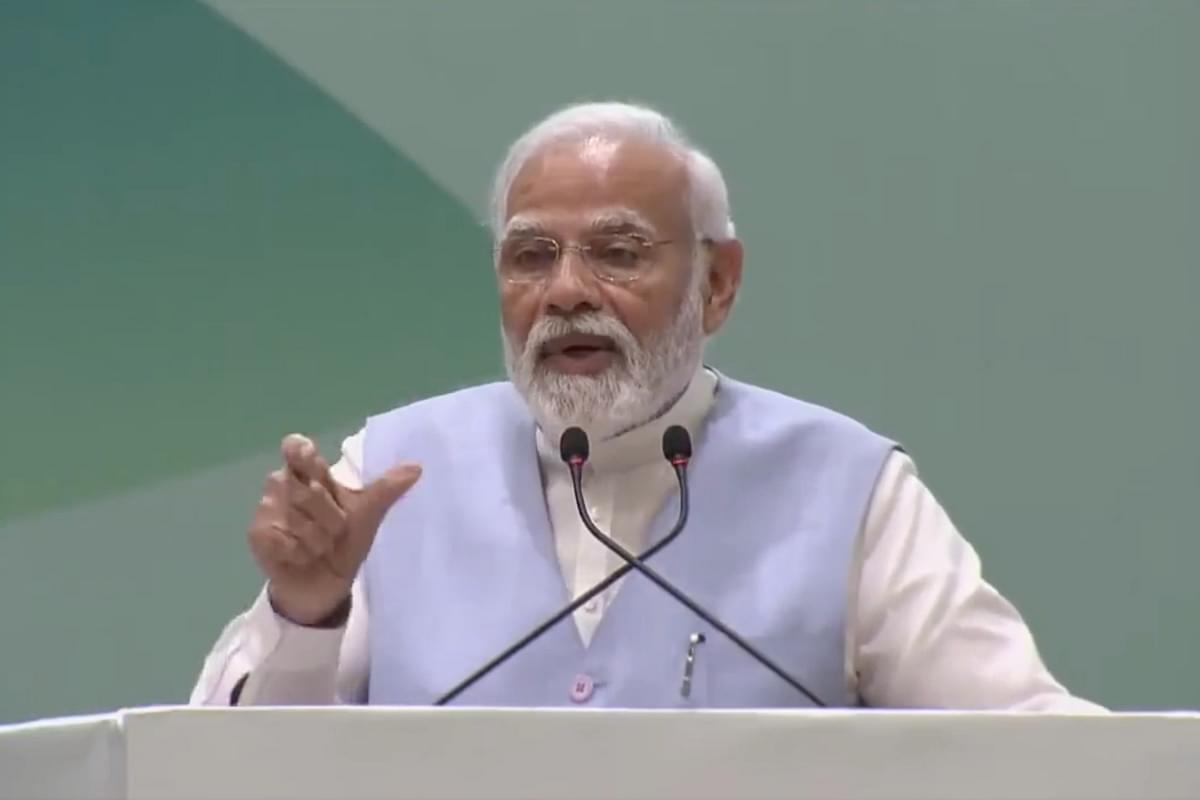 Prime Minister of Mauritius Pravind Kumar Jugnauth and WHO director general Tedros Ghebreyesus were also present on the occasion.

The three-day summit will witness five Plenary sessions, eight roundtables, six workshops, and two symposiums, with the presence of around 90 eminent speakers and 100 exhibitors.

The summit will help uncover investment potential, and give a fillip to innovation, research and development, start-up ecosystem, and the wellness industry, the Prime Minister's Office (PMO) said in a release.

It will help bring together industry leaders, academicians and scholars together and act as a platform for future collaborations.

Dr Tedros Ghebreyesus expressed his happiness to be present in the state and country of Mahatma Gandhi which he termed as ‘pride of the world’.

He said that India’s philosophy of ‘Vasudhaiv Kutumbkam’ is the driving force behind the launch of WHO Global Centre for Traditional Medicine (GCTM) in Jamnagar yesterday.

He said that the establishment of the Centre is historic and will prove to be a game changer. The WHO DG informed that the Centre is designed to be an engine of innovation to drive the agenda of evidence, data and sustainability and optimisation of use of traditional medicine.

Speaking on the occasion, Prime Minister Modi said that the idea of the Global AYUSH Investment and Innovation Summit came to him during the time of pandemic when Ayush provided a strong support for improving immunity of the people and Ayush products saw surge of interest and demand.

Recalling Indian efforts to tackle the pandemic, the Prime Minister noted the promise shown by the modern pharma companies and vaccine manufacturers if they get investment at the right time.

“Who could have imagined that we would be able to develop corona vaccine so soon?” he asked.

Describing the strides made by the Ayush sector the Prime Minister said “we are already witnessing unprecedented growth in the production of AYUSH medicines, supplements and cosmetics. In 2014, where the AYUSH sector was less than $3 billion, today it has increased to more than $18 billion.”

He said that the Ministry of AYUSH has taken several major steps to encourage startup culture in the field of Traditional Medicines. A few days back an incubation center developed by All India Institute of Ayurveda has been inaugurated, PM Modi informed.

Describing the current age, the era of unicorns, the Prime Minister informed that in the year 2022 itself, so far 14 start-ups from India have joined the Unicorn Club.

“I am sure unicorns will emerge from our AYUSH start-ups very soon”, he hoped.

Noting that the production of medicinal plants can be a good means of increasing the income and livelihood of the farmers and the scope of employment generation in this, the Prime Minister highlighted the importance of facility to easily connect with the market for the farmers involved in the production of medicinal plants. For this, the government is also working on modernization and expansion of AYUSH e-market place, he said.

“India is a treasure trove of herbal plants, it is, in a way our 'Green Gold'”, PM Modi stressed.

The Prime Minister described the unprecedented efforts made in the past years to promote the export of AYUSH products. Emphasis has been laid on mutual recognition of AYUSH drugs with other countries. For this more than 50 MoUs with different countries in the last few years.

“Our AYUSH experts are developing ISO standards in collaboration with the Bureau of Indian Standards. This will open a huge export market for AYUSH in more than 150 countries”, he said.

PM Modi also informed that FSSAI has announced a new category named 'AYUSH Aahar' in its regulations last week. This will greatly facilitate the producers of herbal nutritional supplements.

Similarly, India is also going to make a special AYUSH mark that will be applied to the highest quality AYUSH products made in India. The AYUSH mark will be equipped with the provisions of modern technology, he said.

“This will give people all over the world the confidence of quality AYUSH products,” he added.

PM Modi announced that the government will develop a network of AYUSH parks to encourage the promotion, research and manufacturing of AYUSH products across the country.

These Ayush Parks will give new direction to Ayush Manufacturing in India, PM Modi said.