PM’s Address: India Is Ahead In Dealing With Covid-19 Crisis, But Behind The Curve On Economic Challenges 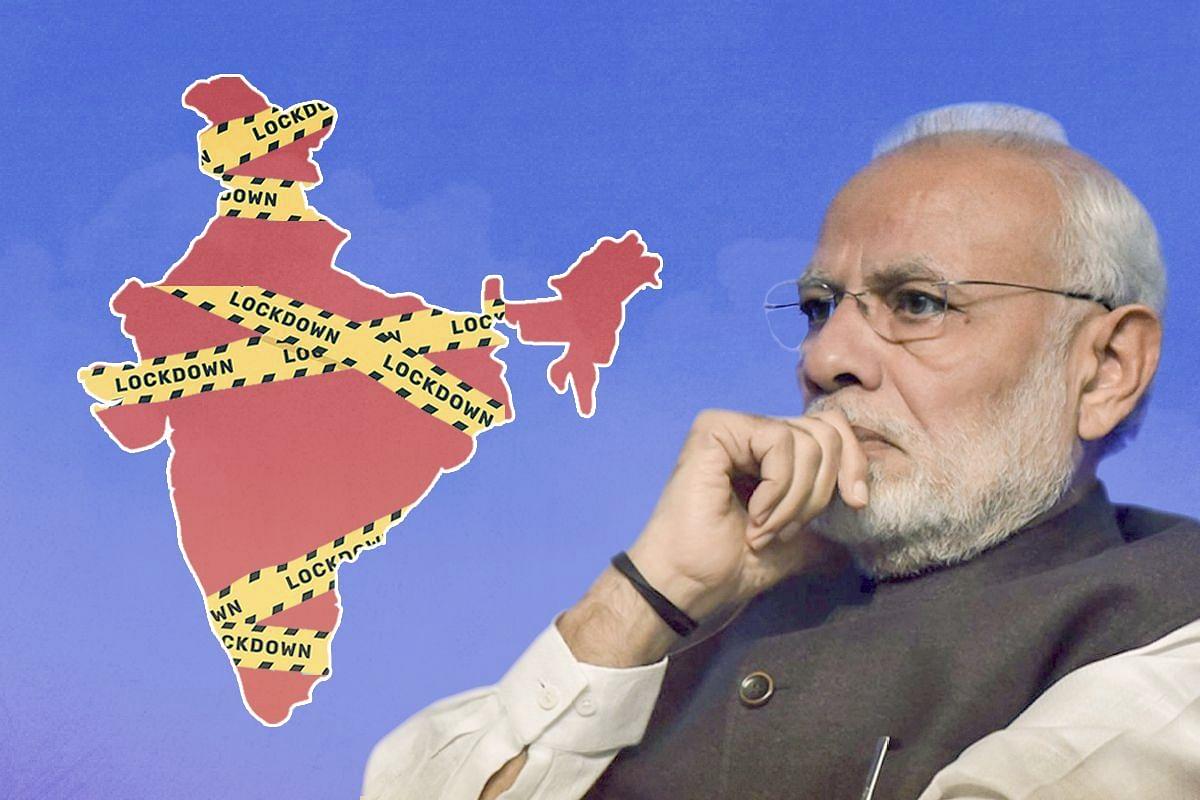 The extension of the country-wide lockdown until 3 May to slow the spread of Covid-19 was not unexpected given the widespread media leaks after the Prime Minister spoke to all chief ministers the other day.

What was not expected from the Prime Minister’s address to the nation today (14 April) was an intensification of the lockdown until 20 April, and the announcement of only a limited easing in the districts that have been relatively less affected by the virus.

If anything, Narendra Modi promised more stringent closures of areas when needed, including and especially areas that are now less affected.

From a disease-prevention angle, draconian measures can be justified. But the problem is this: the tradeoff between lives and livelihoods is now slowly shifting against the latter.

So, even if the unanimous medical opinion was in favour of extending the lockdown, calibrated easing to allow economic activity to resume should not have been avoided. One hopes that the easing is not restricted only to agriculture and essentials.

The essentials supply chain includes a lot of inessentials, and lockdowns cannot be extended to the point where they are economically counterproductive, especially in a country that is barely emerging from poverty.

A prolonged lockdown will push millions of people back into poverty and hand-to-mouth existence. In the coming days, one presumes that measures to put money in the hands, and food in the mouths of the poor will be announced. One also expects measures to rescue flailing sectors, companies and small and medium enterprises.

The liquidity easing measures and Rs 1.7 lakh crore economic package announced so far simply won’t cut it. We need more. But here’s the rub: the capacity of the state to feed the poor and deliver essential services, protect jobs, and save industry and services from annihilation will be steadily eroded with every additional week of lockdown.

However, an extended lockdown is now with us, and it is upto the government to figure out the best way forward. Here is a small list of must-dos beyond the obvious advice of testing more suspect cases of Covid-19.

First, states need to be strengthened and given complete freedom to decide when to ease the lockdown based on their own assessments. We need to move away from a Delhi-dictated policy to one that is fine-tuned to state-level realities. Not all states have Covid-19 afflictions of the same intensity, and not all states have the same capacity to handle its spread.

The Modi government needs to offer all possible financial and infrastructure support, but must let states decide how they want to deal with their challenges.

Second, since the Covid-19 battle will be fought at the state and local body levels, the Centre should devolve more and more financial resources to them. This means not only clearing their goods and services tax (GST) compensation dues, but also allowing them to borrow more at lower or no additional cost.

Currently, the Centre borrows at 6.5 per cent (10-year paper) and the states at much higher costs. There is no reason why the Centre cannot offer subvention schemes to at least lower state borrowing costs to its own level.

In fact, it would be a good idea to give them interest-free loans by taking the costs on its own balance-sheet. A Rs 1 lakh crore loan raised on behalf of states will cost barely Rs 6,500 crore in annual interest costs to the Centre. Why can’t the Ccentre bear this cost fully?

Third, during the period of the lockdown, one does not know why the Mahatma Gandhi National Rural Employment Guarantee Scheme (MGNREGS) cannot be converted into an unemployment allowance scheme where cash is paid without work.

If there is a lockdown, and social distancing norms are in place, can one expect the MGNREGS to generate employment? It’s far simpler to convert it into a temporary cash transfer scheme using the same outlays.

Extending the scheme temporarily to urban areas will enable states to retain migrant labour in one place. It would enable some sectors to reopen faster when allowed to do so.

Fourth, given the sharp fall in economic activity and tax revenues, the government has to raise the fiscal deficit, even by monetising some of it (by printing notes). There is no case for fiscal squeamishness at a time when the resources of the state are stretched.

Fifth, to convert a problem into an opportunity, there is no reason why the state should not shift resources from other heads to creating permanent healthcare infrastructure and services. India has spent more than seven decades underinvesting in health and education.

We should use the Covid-19 threat to make a decisive shift to making healthcare central to our growth and revival plans. As a highly people-intensive field, healthcare has a better chance of creating new jobs than almost any other field. We should grab the opportunity with both hands.

With every passing day, we may win a few battles on Covid-19 afflictions and fatalities; but if we do not think of restoring economic activity as soon as possible, we are going to lose the war. Both lives and livelihoods will go for a toss.

India has been ahead of the curve in containing the health crisis; but if the Prime Minister’s address is not quickly followed up with an economic revival and support plan, it will fall far behind the curve in dealing with the consequent economic challenges.