Post-UP, The Pseudo-Secular Space Is Shrinking, But Hindu Agenda Is Up For Grabs 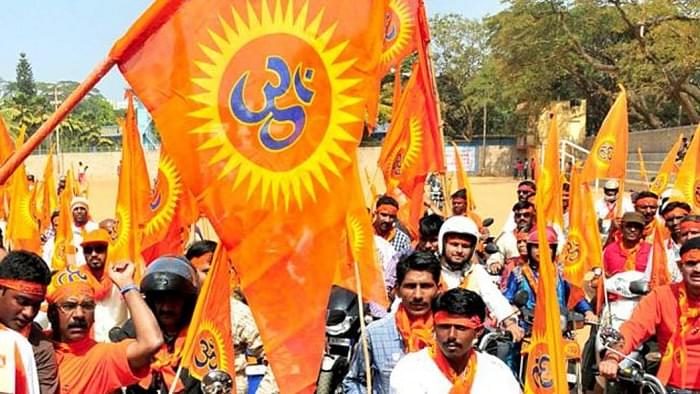 If the recent round of assembly elections proves one thing beyond doubt, it is this: the pseudo-secular space is shrinking, as both Hindus and Muslims wise up to the minority vote bank tactics of the so-called “secular” parties. This “secularism” has been a mix of anti-Hindu rhetoric and policies, and open support for minority communalism.

However, while some mild Hindu vote consolidation was apparent in Uttar Pradesh, and this may well benefit the Bharatiya Janata Party (BJP) right upto 2019, the medium-term reality is that the Hindu vote is up for grabs.

The BJP has garnered the Hindu vote, and will continue to do so in new areas like West Bengal and Kerala, not because it has lived up to its branding as a Hindu party, but as no one else has laid claim to this positioning. The opposition parties, including several regional parties, are still in the same mindset of not letting go of the bloc “minority” vote. As long as they continue to think this way, the BJP will be the default Hindu party.

That the opposition is still thinking this way is apparent from calls for a mahagathbandhan in 2019, which is actually another effort to tie in the bulk Muslim vote, which got split in Uttar Pradesh between Samajwadi Party (SP) and Bahujan Samaj Party (BSP). It is driven by arithmetic, and not emotion, and for this reason alone, it will hand the Hindu tag again to the BJP.

On the other hand, it is not as if the Muslim vote has not wised up to this reality. During the recent elections, while Muslims apparently voted against the BJP, a small section in the community has started questioning its unquestioning support for the anti-BJP parties, as writer Tufail Ahmed notes here.

The rise of overtly Muslim parties like the Majlis-e-Ittehadul-Muslimeen (MIM) in patches of Muslim-dominated areas means that over the medium term, the Muslim vote bank will be emptied out against the secular parties – slowly at first, and faster later. In Assam, for example, it is not the Congress, but the Assam United Democratic Front of Badruddin Ajmal which commands the Muslim vote. The MIM has made small gains in Maharashtra, and continues to dominate the Muslim-dominated areas of Hyderabad.

But while this may please the BJP, it should worry about the unstated reality that it does not itself have a Hindu agenda. The Hindu agenda is up for grabs, and the only reason why the BJP seems to gain from it is that the rival parties have not woken up to its potential.

If the BJP asks itself what it has done to deserve the Hindu vote, its answer will be zilch. At best one could say that it embraced the anti-triple talaq stand, but this is a gender agenda, and not pro-Hindu. And it is the Supreme Court that will decide this issue, not the BJP or parliament. What has the BJP done to create non-Left institutions and to promote a believable alternate history that is more balanced and acceptable than the Left-influenced nonsense? What has it done to rewrite or junk the anti-Hindu Right to Education Act? What has it done to support Hindu institutions anywhere?

Now consider what the Congress and regional parties can do to set the Hindu agenda, if they choose to be brave. They could:

One, promise a review of minority protection laws to ensure that the majority community gains the same privileges of autonomy to run its institutions as minorities already have. Articles 25-30 in the Constitution give such rights to minorities, but Hindus get excluded since the state considers Hindu institutions as its own.

Two, offer to set up a neutral panel to examine a uniform civil code that is fair to all communities. It can also promise a review of the Right to Education Act to address Hindu concerns.

None of these ideas is anti-minority, but they would send powerful signals to Hindus that the “secular” parties are not covertly anti-Hindu anymore. It would be enough to split the Hindu vote, and guarantee the non-BJP parties’ dominance for years to come.

The BJP cannot take its opposition-gifted pro-Hindu positioning for granted when it has done nothing to deserve it.

On the other hand, the BJP has one card it can play even without being overtly pro-Hindu: it can offer to co-opt Muslim parties into its coalition, exactly in the way Kerala’s United Democratic Front functions, with Christians, Muslims and smaller Hindu castes having their own parties, making for a viable election arithmetic. A coalition of “communal” parties can be an electoral winner, and it is most possible for the BJP right now.