Punjab: After Being Stopped To March Towards Chandigarh, Protesting Farmers Spend Night On Road 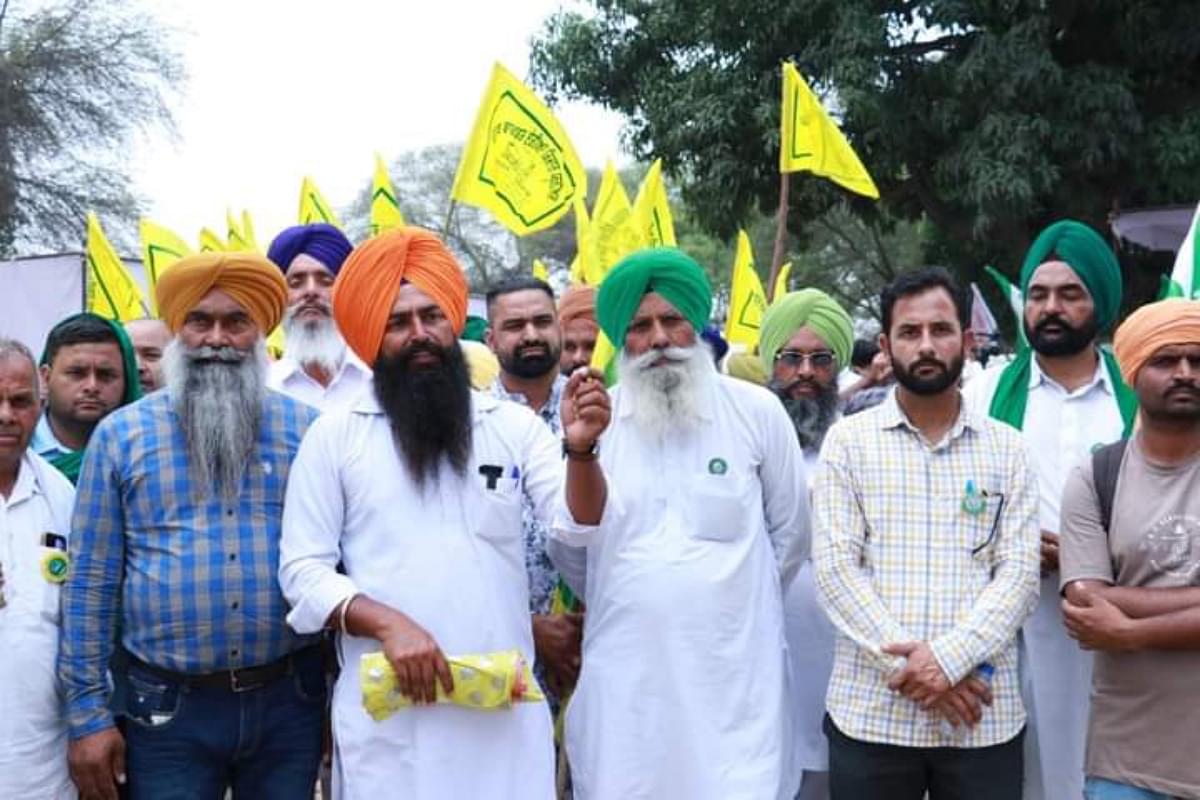 Chandigarh, May 18 (PTI) Scores of Punjab farmers protesting against the government over various issues, including a bonus on wheat and beginning paddy sowing from June 10, spent the night on the road after they were stopped from marching towards Chandigarh.

The farmers, who owe allegiance to various farmer bodies of Punjab, were stopped by the Mohali Police from heading to the state capital on Tuesday to press the Aam Aadmi Party (AAP) government to meet their demands.

The farmers had then squatted and parked their vehicles in the middle of the Chandigarh-Mohali road. They spent the night there as well.

The protesting farmers were carrying ration, beds, fans, coolers, utensils, cooking gas cylinders and other items with them.

Farmers had given an ultimatum to the government and said if the chief minister did not hold a meeting with them by Wednesday, they will move towards Chandigarh breaking barricades for holding an indefinite protest.

When asked Chief Minister Bhagwant Mann had said his government was open for talks, Lakhowal said farmers do not run away from a meeting.

“We are here. He (CM) has to give time for the meeting. Where are the doors open? They have shut their doors,” he said.

Another farmer leader Baldev Singh Sirsa said, “If the CM's doors are open for talks, when we said no for the meeting.” Farmers are demanding a meeting with Mann for redressal of their issues.

Mann on Tuesday had termed the farmers’ protest 'unwarranted and undesirable' and had asked the farmer unions to stop sloganeering and join hands with the state government to stop Punjab's depleting water table.

He had also said his doors were open for the farmers to hold talks but 'hollow slogans' cannot break his resolve to check further depletion of the water table.

A heavy contingent of the police has been deployed at the Chandigarh-Mohali border.

“#Farmers demand for bonus on wheat is genuine. Have been raising this issue since beginning of procurement season,” he tweeted.

Several farmer unions, affiliated to the Sanyukt Kisan Morcha (SKM), had given a call for an indefinite protest in Chandigarh on the lines of the year-long agitation at the Delhi borders against the Centre's three farm laws which were repealed in response to the protests.

Among their various demands, farmers want a Rs 500 bonus on each quintal of wheat as its yield has dropped and shrivelled because of unprecedented heatwave conditions.

They are also against the Punjab government's decision to allow paddy sowing in a staggered manner from June 18 to lessen the electricity burden and conserve underground water.

The protesters want the government to allow them to sow paddy from June 10. They also want a notification issued for the minimum support price for maize, moong and basmati.

The farmers are also demanding the government to lower the charges on the extension of electricity load from Rs 4,800 to Rs 1,200, 10-12 hours of power supply and release of outstanding sugarcane payments. They are also against the installation of smart electricity meters.